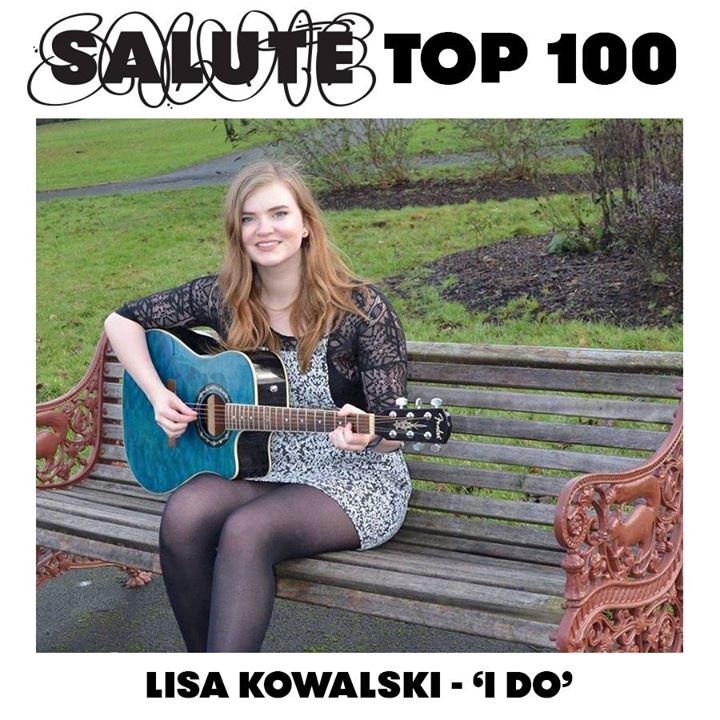 Lisa Kowalski, 17 year old singer songwriter from Paisley, is delighted to have been selected by industry judges to make it to the top 100 of the UK’s newest musical talent competition – Salute UK. Salute Music Maker’s inclusive showcase for the best of UK talent features artists from over 50 different nationalities (resident in the UK), and every genre from techno to heavy metal and classical music.

The competition is spearheaded by the legendary former front-man of The Undertones, Feargal Sharkey, who commented on this boundary-smashing stage of the competition: “The top 100 artists being announced to the public on Sunday (24th September) are truly the cream of the crop of Britain’s musical talent. Giving the artists such a huge platform for their music to be heard on, and for music fans to be able to vote and follow their progress throughout this stage of the competition, is truly ground-breaking and shows Salute at the forefront of championing new independent music and proves once again that Britain is leading the way in discovering the best new musical talent through the use of cutting-edge technology.”

Lisa is delighted that her song “I do” has made it this far, especially as her video submission was just a rough recording made during her fortnightly singing lesson and featuring her first attempt at playing it on the keyboard rather than guitar.

The song “I do” is full of emotion, having been written when Lisa was deep in the midst of a break up, and has been well received when played live at events like Mugstock festival this year.

As a big supporter of the Paisley 2021 UK City of Culture bid, Lisa is hoping a prize spot in the competition (final six) will help raise the town’s musical profile as well as her own.

“It’s an honour that I’ve been voted in to the Top 100 of a competition that was entere by so many talented artists. Things like this really boost my confidence and only make me want to work harder. This is so exciting for me and to get to the top six would be absolutely incredible.”

The Salute competition has a unique voting system, utilising Facebook Messenger to run a moving score board (think Eurovision) from September 25th to 27th October. Lisa is asking everyone to pledge their support, as winning the cash prize on offer would allow her to fund the next recording she has planned to coincide with her 18th birthday in February 2018.

Call out for fans to back Paisley 2021 bid with a mass sing-a-long at St Mirren’s...
Scroll to top