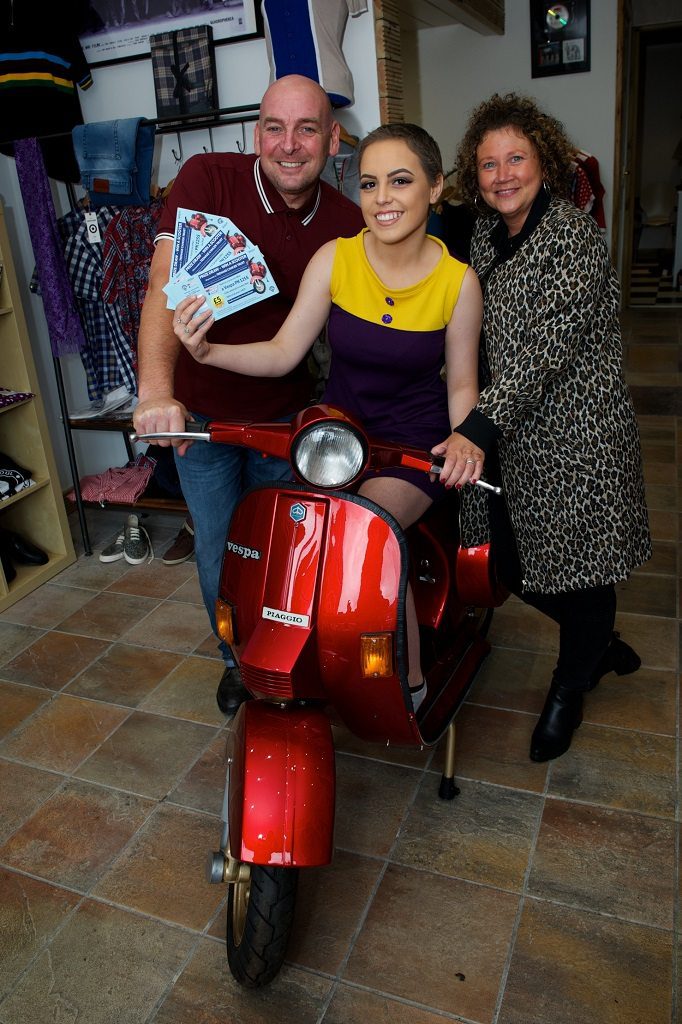 A stylish Italian scooter is the fantastic prize on offer in a charity fundraiser launched this week.

The fully-restored candy-red Vespa PK125S, donated by local couple Jim and Liz Brown of Johnstone, will become the prized possession of one lucky winner in a new charity prize draw raising funds for the Teenage Cancer Trust.

The classic scooter took pride of place at a launch event on Saturday 19 August at the Smithers Jones store on Gordon Street, Paisley. Store owner Jamie Gatherer is a well-known figure in the Mod scene and the Vespa will be on display in the shop window for the duration of the competition.

16-year-old Natasha McNeil was on hand to help promote the prize draw. Natasha was diagnosed with Hodgkin’s lymphoma in January of this year and has just finished a course of chemotherapy at the Royal Children’s Hospital in Glasgow.

Natasha said: “The Teenage Cancer Trust has meant so much to me these last few months. The support they give you helps you feel that you’re not going through this alone. So I was really happy to help Jim and Liz out.

“I think it’s great that they have donated to this cause and I hppe as many people as possible buy a ticket and try and win this brilliant prize!”

The competition has been organised by local youth music charity LNP Promotions and will run until 21 October when the winning ticket will be drawn at the free ModStuff Afternoon Show of Paisley’s Spree festival. ModStuff will feature performances from three live bands, DJ sets and a ‘scooter ride-out’ led, for the first time this year, by the Paisley Vespa Club.

The Spree festival runs from 13-22 October. Tickets can be purchased online at www.thespree.co.uk; from the festival box office on 0300 300 1210; or from InCube Shop, Paisley Arts Centre and Feel the Groove record shop.