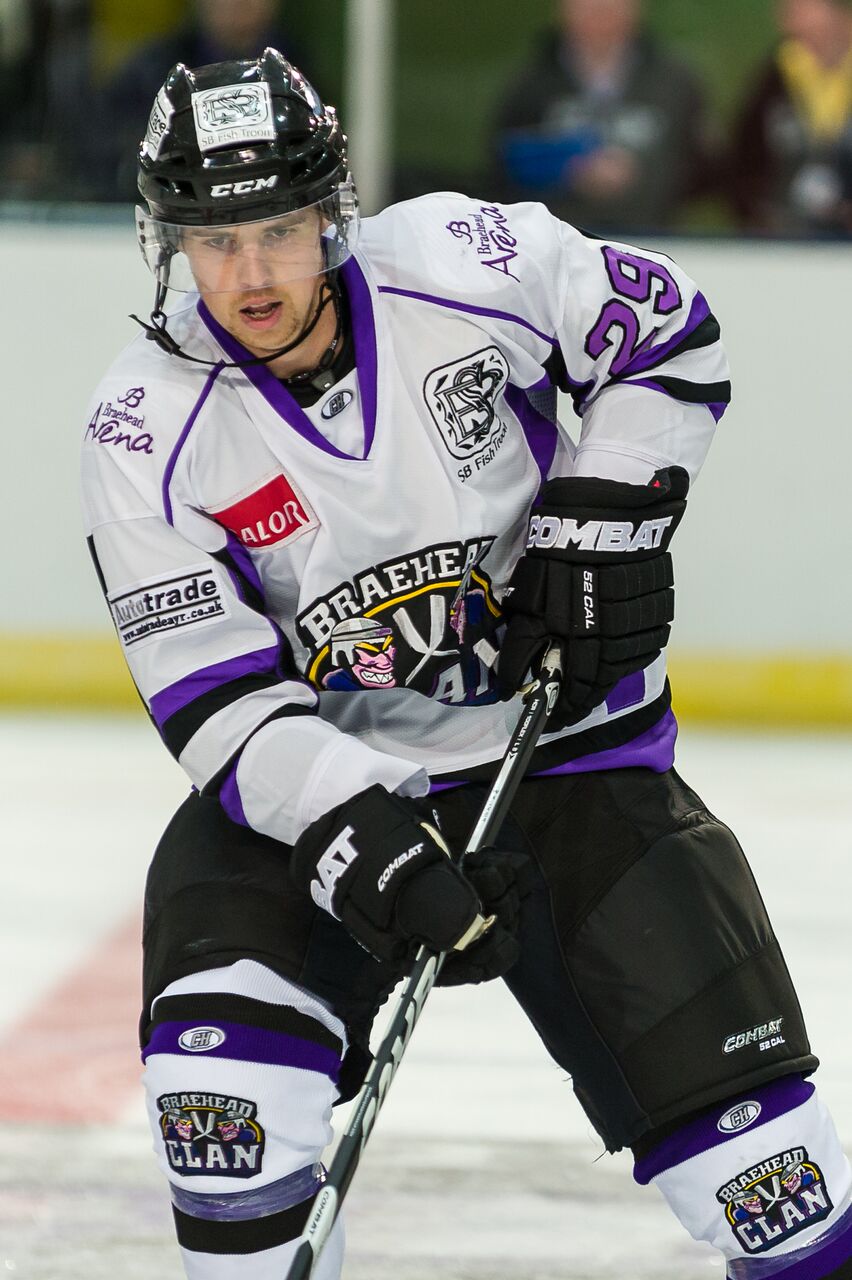 Paisley Pirates have announced a major coup with the signing of former Manchester Phoenix and Braehead Clan forward Adam Walker, who will join the re-jigged coaching set up within the current SNL champions.

Ian Turley commented, “I’m absolutely delighted to have landed Adam, who will primarily function as a coach within the club, although he will be registered as a player so that, if circumstances dictate, he can add his considerable playing ability to our bench. Adam’s skills behind the bench are already well known to Pirates’ fans, as he coached the Dundee Comets to a double success last year in the finals of the league playoffs and Scottish Cup, ironically against us on both occasions, so our new coaching team can boast that between them their clubs picked up the major honours in the SNL last season.”

He went on, “I don’t see the arrival of Adam as a sign of me bringing in an assistant, I regard it as a partnership of equals, although the buck stops with me with regard to any coaching issues in the final analysis. He will make a huge difference to us on the coaching front as, on a very simplistic level, he can be taking players at one end of the ice to work on a particular aspect of playing, while I can be working at the other end on something else. He’s got so much more than that, however, as his wealth of experience in playing for teams at the top level can only be a good thing for the club in general and the players in particular.”

“I’ve felt for some time that we needed to enhance the coaching set up within the club, and Adam is a perfect fit for where I see the club going. We already share a number of philosophies and ideas on coaching, but I felt I needed someone who will from time to time make me think differently, maybe even challenge my ideas, and I’m entirely happy that Adam will bring that element to the club.”

Walker said, “I’m really chuffed to be getting the chance to join one of Scotland’s top clubs, so much so that I’m certain I’ll learn a lot just by being part of it. The regular commute to Dundee was just getting too much to contemplate continuing, much as I really enjoyed being with a great squad of players, and I could hardly believe my luck when the chance came up to join a club pretty much on my doorstep. To be invited to become part of the set up is, for me, a very great honour as it has always been, in recent times certainly, a very well run club and, of course, it has a heritage going back 70 years. Pirates have a very professional outlook as to how they go about their business and Ian comes across very strongly as a guy who wants to improve every single time the team is on the ice and that’s a philosophy I share. Ian is a very fine coach in his own right and I think it can only be a matter of time before that is recognised at international level.”

“From what I saw of them last year, the players work very hard, and that ethic will always bring results. The club has a substantial core of very good players already, so we have a very solid base to work from and I’m really looking forward to making a contribution to the continuous improvement of the squad. I genuinely feel that the match of Ian and myself as a coaching team will help make that happen.”

Turley continued, “From a player’s perspective, we’re hoping too that Adam’s signing will make this year’s squad members look at themselves and realise that when you play for the Pirates you should constantly be re-evaluating your contribution and commitment to the cause, and bringing in someone who will change the group dynamic for the better will help achieve that aim. The slate has been wiped clean in the sense that those who played for us last season and, indeed, maybe in previous years shouldn’t necessarily expect to be automatically offered the chance to play for one of the top teams in the league-they’ll have to earn their spot!”

“We have 22 places to fill on the roster and we will be looking for every one of them to be filled by guys wanting to play on the first line every week, rather than just occupy a spot. We’re also looking for players to be coming to us having already achieved a good level of fitness, rather than working up to it once the season actually commences. It will hopefully send out a message that regardless of what you have done in the past, and remember, we’ve just won the league, you always need to be looking to improve, and that’s one of the messages that Adam’s signing should send out.”

“It’s very important to the club that we can continue to persuade young developing players to come to the Pirates, and we think our first signing is very much a declaration of intent, namely, that young guys coming to us wanting to improve their skills, and be the very best they can be, will get every chance to do so.”