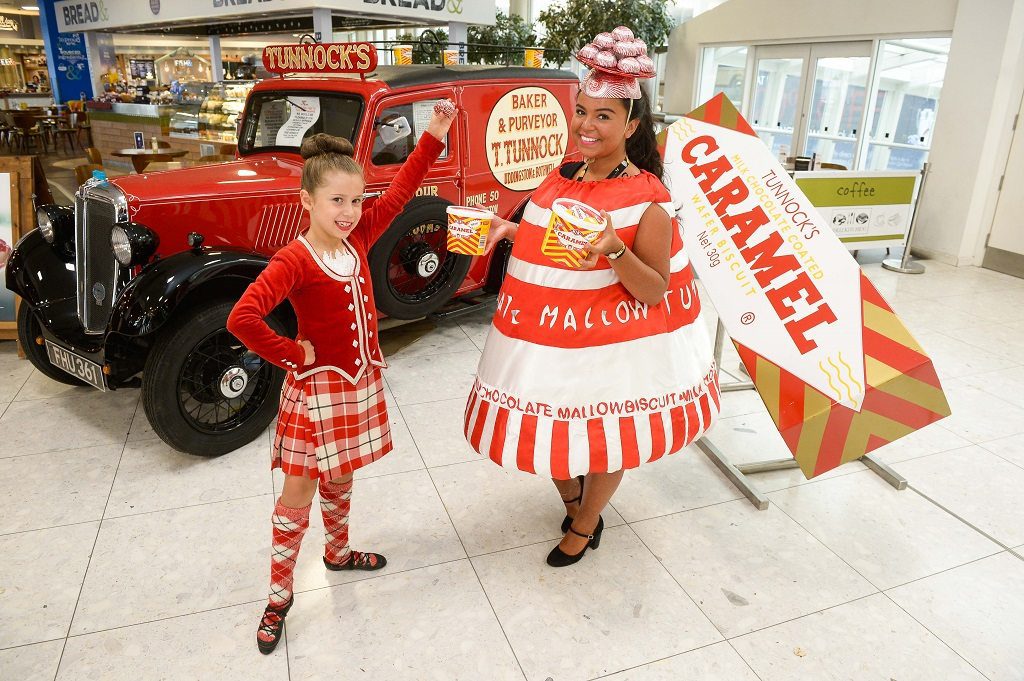 Passengers travelling through Glasgow Airport will be able to celebrate and experience the country’s finest food, drink, clothing and culture as this year’s Best of Scotland campaign gets underway today (Monday 31 July).

Now in its fifth year, the campaign will see parts of the terminal receive a very Scottish makeover to promote the best tastes, sights and sounds the country has to offer.

The campaign will showcase a wide variety of quality products produced on these shores from fine malt whiskies and contemporary Scottish-based gins such as Eden Mill, Makar and Edinburgh, to luxury Harris Tweed clothing and state-of-the-art RHA headphones.

Sweet-toothed passengers will also be to sample some of Scotland’s best confectionary, including Mrs Tilly tablet and Campbells shortbread.

Scottish institution Tunnock’s will also make its presence known in the terminal throughout the campaign and passengers will be able to sample the company’s world-famous caramel wafers and teacakes.

In addition to hosting the Uddingston-based baker’s distinctive branding on the numerous clock faces around the airport, a vintage Tunnock’s delivery van will also be parked up in the main terminal’s Scotland and Sea food court area.

One of the key highlights of the celebratory Best of Scotland month will be a live performance in the main terminal building from the Royal Scottish National Orchestra on Thursday 31 August.

Steven Marshall, head of airline marketing and development at Glasgow Airport, said: “As a gateway to Scotland, we welcome thousands of visitors from across the globe on a daily basis.

“For many of them, Glasgow Airport is their first and last impression of Scotland, so the annual Best of Scotland campaign provides us with the perfect platform to help champion the very best products our country has to offer.

“The RSNO’s live performance is a fantastic way to bring the Best of Scotland campaign to a close and it’s always very popular with our passengers. It’s not every day you get the chance to witness a 50-piece orchestra perform in an airport terminal!”

This year’s campaign comes weeks after Glasgow became the first Scottish Airport to be awarded VisitScotland’s Taste Our Best accreditation for food and drink excellence and promoting Scottish produce.