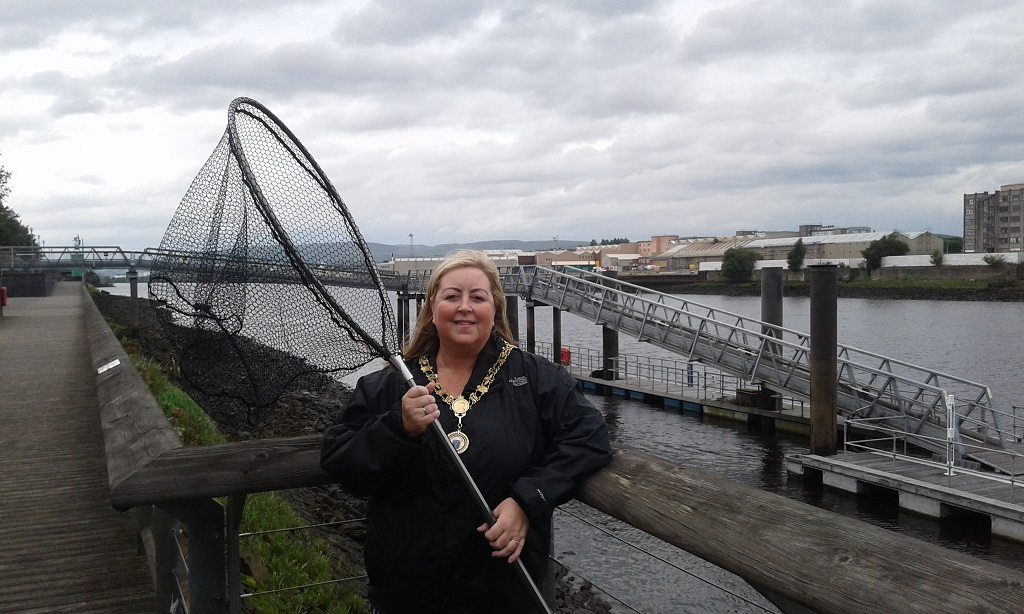 Renfrew residents are being encouraged to join Renfrewshire’s Provost Lorraine Cameron on a historic trip down the River Clyde to preserve the town’s fishing rights on the river.

Taking place on Friday 25 August, the boat will set sail from the pier at Braehead and travel down the Clyde to the mouth of the River Leven.

Guests will then join Renfrewshire’s civic head in carrying out the traditional act of casting the nets to retain the rights of salmon fishing on the Clyde.

Provost Cameron said: “I’m looking forward to taking part in this historic trip down the Clyde which brings Renfrew’s history into the present day.

“The symbolic act of casting the nets is a tradition that dates back hundreds of years and it’s important that we continue to keep it alive.

“There are only a limited amount of spaces available so, if you’re a resident of Renfrew, make sure you don’t miss out and are able to celebrate this unique part of the town’s history.”

The custom goes back as far as 1781 when the town failed to carry out the practice and lost the right to fish on parts of the Clyde as a result.

King Robert III had granted a charter to the community of Renfrew detailing the right to fish the River Clyde as far back as 1396.

Ever since, it has become practice to maintain the rights by having the Provost, Baillies and Town Clerk cast the nets and haul them in every three years.

Tickets are limited to Renfrew residents only and can be applied for on a first come, first served basis via email at:  civicevents@renfrewshire.gov.uk.