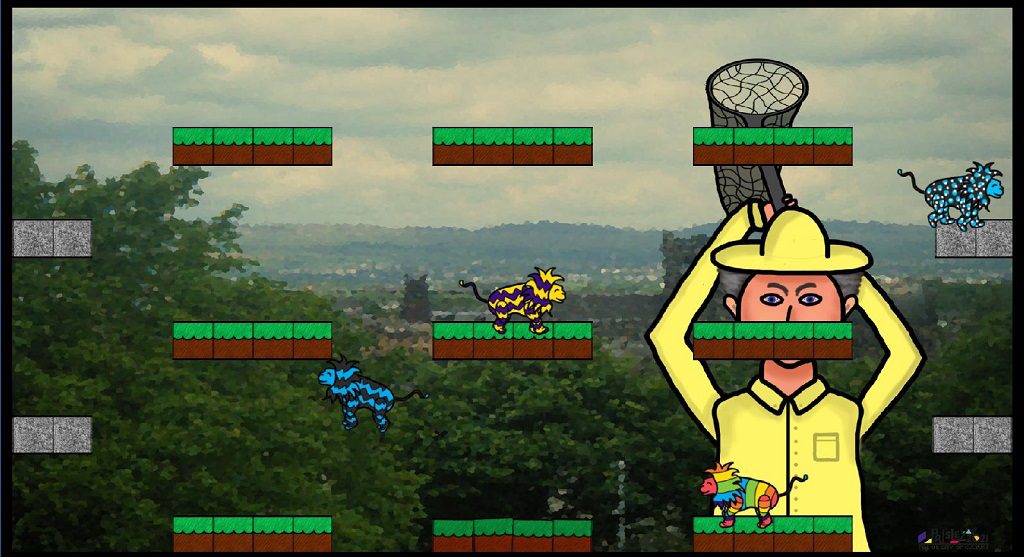 Teams of students at West College Scotland have taken inspiration from Paisley’s bid to be UK City of Culture 2021 by creating special computer games based around the town’s cultural and heritage story.

HNC Games Development students were tasked with creating the Paisley 2021-themed games as part of their graded unit and had just over 10 weeks to program, develop and design them before being put to the test by local primary school pupils.

Forty-four pupils from Lochfield Primary School were given the first chance to try out the 12 games and grade their favourite during a special afternoon at West College Scotland.

The games were marked on their originality, graphics, sound and gameplay with the pupils awarding first prize to ‘Pride of the Lions’ by team BARDS.

Inspired by the Pride of Paisley public art trail, the game allows players to take control of colourful Paisley lions and compete against each other at various landmarks around the town.

The winning team was comprised of Ryan Duffy, 22, Samuel Burrows, 25, David Cavana, 18, Adam Dickinson, 24, and Ben Cunningham, 18, who were thrilled to scoop the top prize.

Project manager Ryan Duffy said: “We’re delighted to be chosen as the favourite game by the Lochfield Primary School pupils. Working together as a team really helped us to get the best out of each other and produce a game that’s fun and looks good visually.

“We wanted to make a fun game that reflected Paisley so we thought ‘what about the Paisley lions?’. We thought a multiplayer game featuring the lions inspired by the ‘Pride of Paisley’ art project would go down well with the children and we’re glad our hard work has paid off.”

The team took photographs of the town’s famous landmarks to feature them in various gameplay modes, as well as creating over a dozen patterns for players to choose for their lion.

BARDS are now looking at the possibility of entering the game into competitions and hope it will promote Paisley’s bid for UK City of Culture 2021.

Ryan added: “We’re looking at various ways in which we can take the game forward and there are a number of competitions that we’re looking at the possibility of entering it into.

“We hope that the game can help raise awareness of Paisley 2021 and showcase the town as it bids to be UK City of Culture.”

West College Scotland have been running the games competition with Lochfield Primary School for the past seven years and Games Development lecturer David Renton believes the experience is great for both students and school pupils.

David, who has been nominated for the BAFTA Young Game Designer Mentor Award for 2017, said: “It was a fantastic day. We had 44 children in from Lochfield Primary School playing the games that the HNC class have created over the past 10 weeks.

“We set them the theme of Paisley 2021 and there were some games that really captured the imagination. The winning team and some of the runners-up had some great artwork that really incorporated Paisley and I think the kids really enjoyed it.

““We’ve been doing this with Lochfield Primary School for the past seven years and having the school pupils come in makes it real for our students. They have a client that they are actually making the game for and it makes them realise just how much the kids enjoy it when they come in to play it.”

Marie Renton, Depute Head at Lochfield Primary School, said: “Our P6 and P6/7 pupils really enjoyed working with the Games students from WCS this year. They collaborated together at the start of the project when the college students shared their game ideas with our pupils. Our pupils then gave feedback and even helped with some of the artwork.

“This year we chose the Paisley theme as we are all very enthusiastic to get behind the Paisley 2021 bid. We have a great partnership with WCS and both sides benefit from this ongoing link.”

Glasgow News? Daily Updates part of our network
Renfrewshire residents will have their say at town conferences