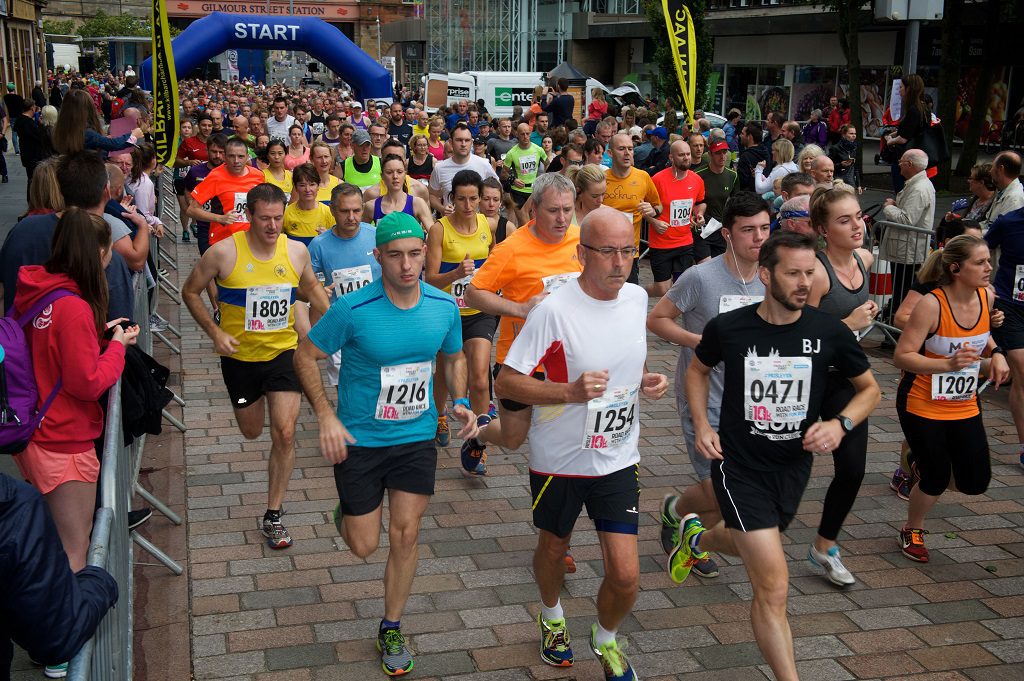 MORE than double the amount of people have already signed up for this year’s Paisley 10k and Fun Run compared to the same time last year.

And the races that take place through the streets of Paisley on Sunday, August 20 looks like breaking the previous record for the number of runners taking part.

One local youth football club, Renfrew FC, has more than 200 members signed up for the Fun Run as they bid to raise cash for club funds through sponsorship for completing the course.

Club chairman Iain Wilson said: “We’ve got youngsters and their families from all our age groups taking part this year.

“We did the Fun Run two years ago and raised £2000 and with so many of our players doing it this year we hope to raise double that amount.
“The Fun run is a great way to raise money and the youngsters feel elated after taking part. Everyone loves the Fun Run as, along with the Paisley 10k, it’s a very well-organised event.”

Anyone can still register for the Paisley 10k Race or Fun Run, which is sponsored by sports and outdoor retailer, Decathlon. Last year almost 3000 people raced around the streets of Paisley in the 10k Race and Fun Run.

Joyce McKellar is chief executive of Renfrewshire Leisure, who along with Renfrewshire Council is organising the events. She said:
“This year’s Paisley 10k and Fun Run is shaping up to be the best ever.
“There’s still time to sign up to take part and the number of people already committed to the event shows how popular it has become.”

Glasgow News? Daily Updates part of our network
Mackay calls on young carers to find out what they are entitled to