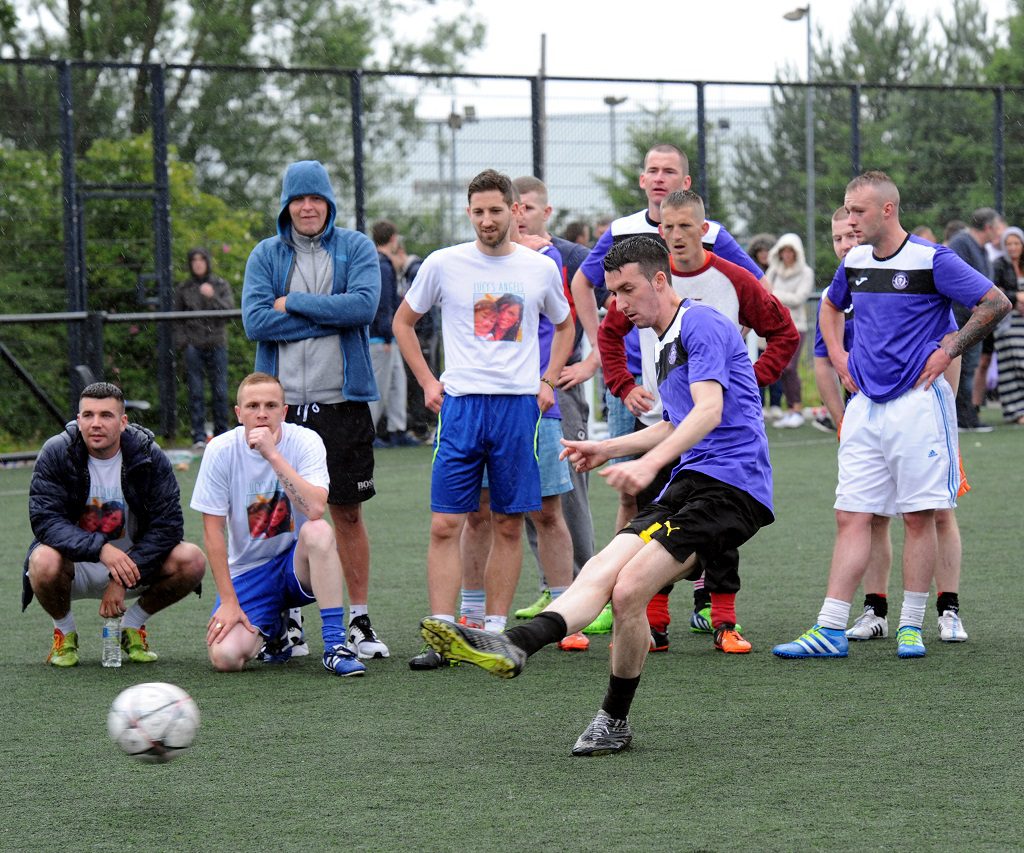 The beautiful game is set to be utilised to raise awareness of mental health issues and remember those who have lost their lives to suicide.

2016 No Substitute for Life tournament

The annual No Substitute for Life football tournament held in Ferguslie, now in its sixth year, brings the community together to shine a light on the issue of the suicide- amongst young men and women especially.

Hundreds of footballers and supporters have turned out each year and similar numbers are expected again when the competition takes place on Sunday 25 June, beginning at 12pm.

The tournament will be held in Ferguslie Park Sports Centre and all those who attend will have the opportunity to place a heart on the memorial tree in remembrance of those they have lost before a commemorative balloon release marks the occasion.

There will also be face painting, fun activities and refreshments to keep everyone entertained as the players take to the field.

The event was first created by local Ferguslie resident Paul Cardona who wished to raise awareness of the issue after close friends were lost to suicide and is now organised by community volunteers in partnership with Choose Life, Recovery Across Mental Health (RAMH) and Survival of Bereavement by Suicide (SOBS).

A working group was created to bring the event to life and the success of the event led to the group winning Renfrewshire’s Chamber of Commerce Community Champion Award in 2013.

Renfrewshire’s Provost Lorraine Cameron said: “Mental health is an increasingly prevalent issue in today’s society and it is important that those who are dealing with these issues are aware that the support is there for them to access.

“The tournament is now into its sixth year and the response remains tremendous from the Ferguslie, and wider, community and it is important that we continue to provide the support to those who need it.

“Events such as this tournament are great ways of breaking down the barriers which are often faced, by young people especially, in discussing their feelings and I would encourage anyone who feels like this could benefit them to go along.”

The event provides an opportunity for those who have lost a loved one to suicide to remember them and also meet others who have faced similar heartbreak. .

The SOBS support group meets on the last Wednesday of every month at The Wynd Centre, Paisley from 7pm-8:30pm, and anyone affected by suicide is welcome to go along.

For more information on suicide prevention, call 0141 849 2200, or email rosemary.mullan@renfrewshire.gov.uk.