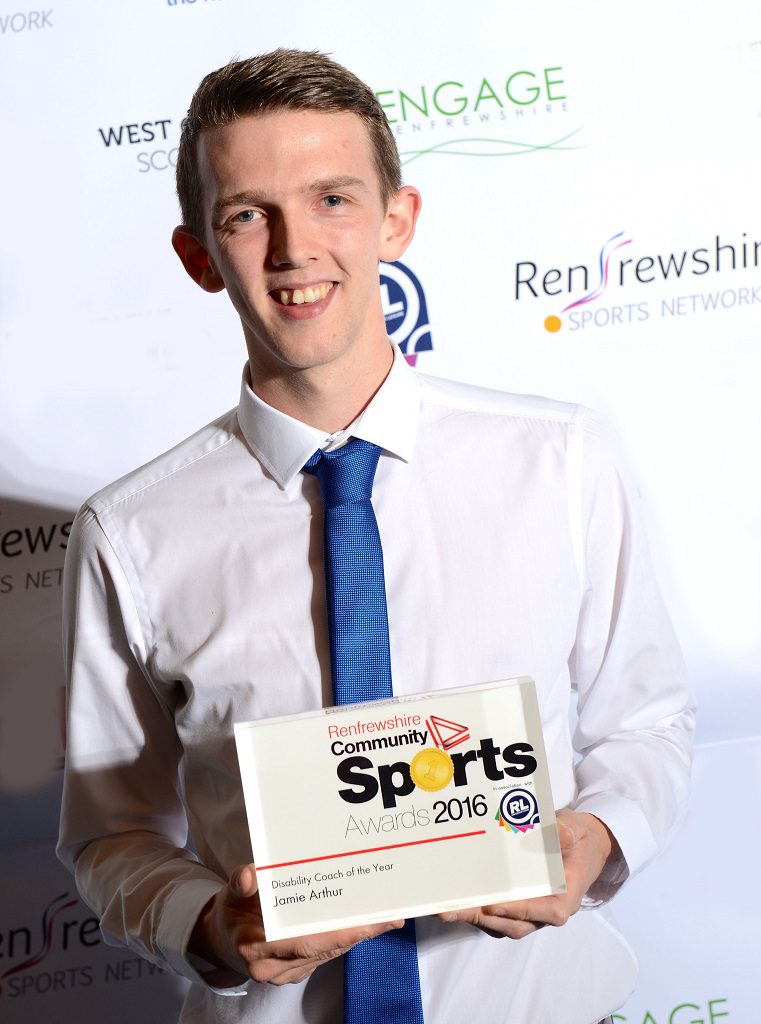 Jamie Arthur, 24, is an Active Schools Coordinator and won the 2016 Disability Coach of the Year Award for his work with young people with disabilities.

Nominations for this year’s awards, covering a host of categories, close on Friday, June 30.

Jamie, who went to Johnstone High School, said: “It was a great feeling just to be nominated by someone who had looked at the categories and thought I was good enough to be considered for an award.
“I’d been nominated two years in a row which was a great honour, but to win the award last year felt amazing as it was great recognition for all the hard work I had done.”

He added: “The sport awards are a great concept, as the night is filled with coaches, volunteers and officials from all aspects of life together under the one roof. It’s great to see so many people who share the same passion in life as yourself.
“I’m all for local sport, and as an Active Schools coach and coordinator I think the impact and influence of local sport clubs and teams is extremely valuable as they provide great avenues for children to pursue a life in sport.”

Retiring Headteachers thanked for their service
Scroll to top