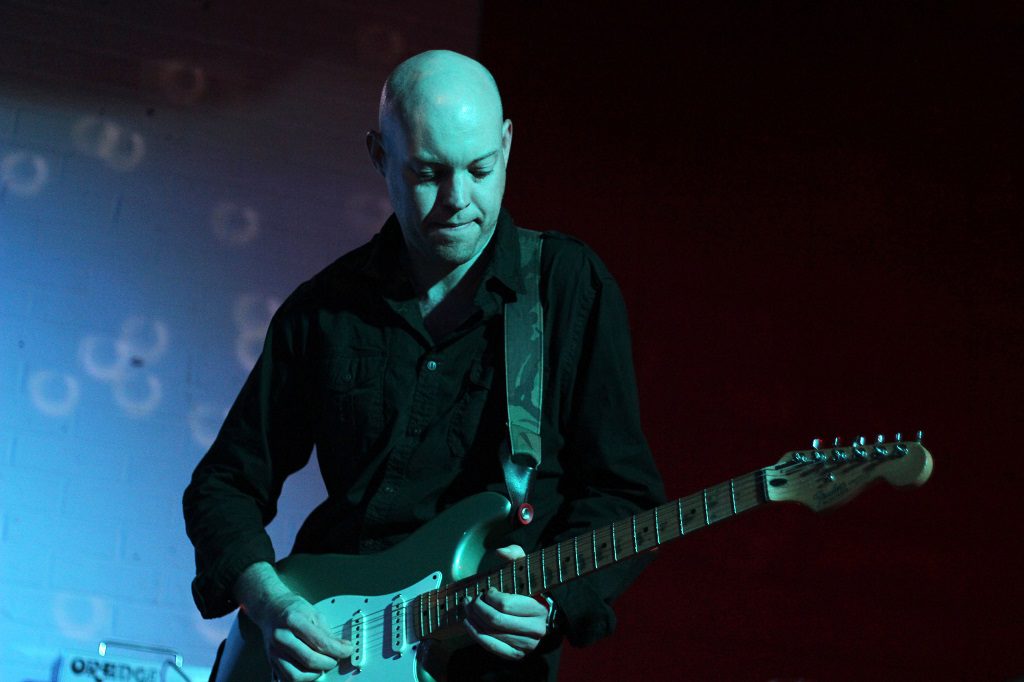 AS a teenage musician Fraser John Lindsay used to play guitar and drums for the congregation during church services on a Sunday morning.

Then at night he would belt out pop punk songs inside the same Elderslie Kirk as he rehearsed with his band, Limon.That was almost 20 years ago and now Fraser is preparing to perform a gig – this time in the former church that is Paisley Arts Centre – with his blues band, Fraser John Lindsay’s Blues Incentive, on Friday, March 31.

A full-time musician and producer with his own record label, Fraz Records, the former Castlehead High pupil looks back on the start of his musical career.
He says: “I suppose there was quite a contrast in musical styles. I would be playing hymns and religious songs during the church services and later I’d be in the same place rehearsing with my pop punk band playing songs by bands like Green Day and Blink-182.
“I’m pretty sure there would have been a few people who wouldn’t have been very happy if they’d known about this.“But I don’t think anyone ever officially complained, or demanded that we should be kicked out – maybe because our drummer in Limon, Jamie McLachlan, was the minister’s son!”
The 32-year-old added: “ Some may think there would have been the odd lyric or two in the songs we played that could have been construed as ever so slightly blasphemous, or unsuitable for a church.“But as a lead guitarist I never bother listening to lyrics.”
Fraser’s musical education also came from playing in Paisley pubs with a variety of bands like Riff Raff, Little Miss Debbie & the Scumbag Boogie Band and Blind Panik.
Fraser followed well-known local singer, Willie ‘Jukebox’ Matthews around the pubs, so he could plug in his guitar and jam along with whatever Willie decided to play, learning tunes on the spot.
Fraser said: “I learned my trade as a musician on the job in the pubs in and around Paisley and Glasgow backing singers like Willie Matthews.”
And it was Willie who introduced Fraser to the Glasgow blues scene.
“Willie used to drive me up to the State bar blues jam in Glasgow every Tuesday night, that was around 15 years ago, and this is where I met most of my current band mates,” said Fraser.
Fans of the blues can hear Fraser’s virtuoso guitar playing with his band Blues Incentive at the Paisley Arts Centre gig , on Friday, at 7.30pm. Tickets at £10 and £8 can are available to book online at www.renfrewshireleisure.com/arts <http://www.renfrewshireleisure.com/arts <http://www.renfrewshireleisure.com/arts> > or by calling 0300 300 1210.