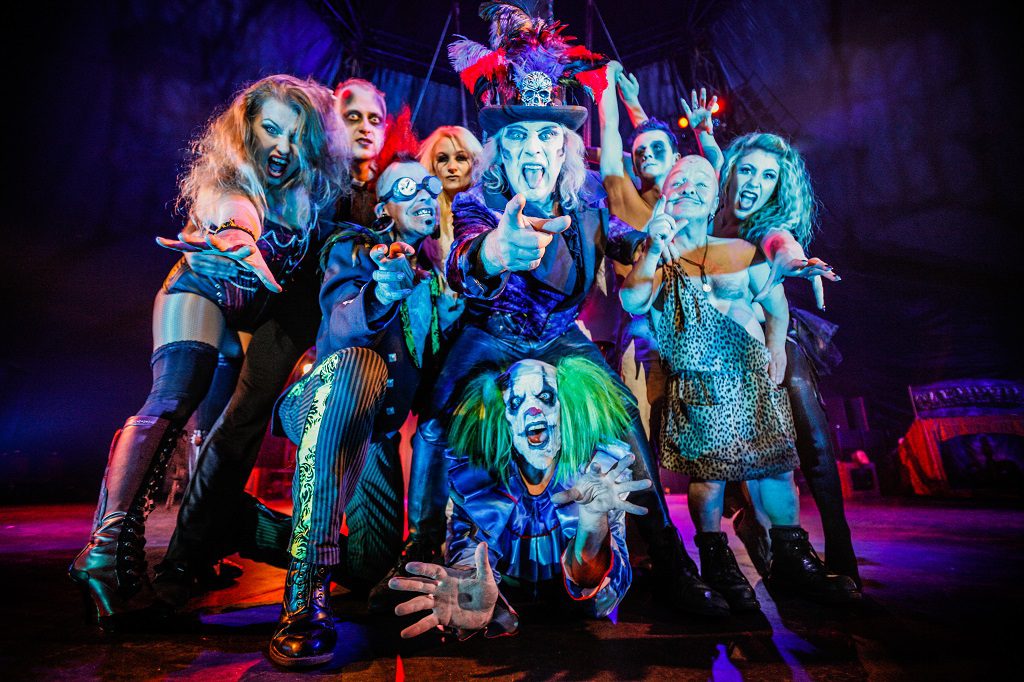 Circus of horrors are on tour at the moment and will be performing in Scotland from next week.

The Circus of Horrors celebrates its 21st anniversary as it takes to the road with its latest incarnation “The Never-ending Nightmare”.  The spectacular features an amazing amalgamation of bizarre, brave & beautiful acts all woven into a Alice in Horrorland type story driven by a mainly original soundscape & performed with a forked tongue firmly in each cheek!

‘That was incredible’ Ant or Dec (never know which ones which).

‘You have to go & see this if, one day something will go wrong & you will be able to say I was there’ Graham Norton.

Annually the Circus of Horrors plays over 100 UK theatres and this tour has expanded to take in festivals throughout the world including The Fuji Rock Festival in Japan (twice), the Wacken Festival in Germany plus shows in Chile, Uruguay, Holland, Belgium, Argentina, France, Italy, Ireland, Finland, Hong Kong and Moscow where it became the 1st UK Circus ever to perform in Russia. The show also played an astounding 10 nights at London’s O2.

This is not the first time that The Circus of Horrors has created history as it became the only circus ever to reach the finals of Britain’s Got Talent and the first circus to perform in London’s West End for over 100 years.

The Circus Of Horrors’ appearances on various subsequent TV shows have turned what started as a cult show into a household name – taking the extreme to the mainstream. Its’ TV credits now also boast The X Factor, The Slammer, Daybreak, Fairground Attractions, Who Wants to be a Millionaire, Body Shockers, Fake Reaction, This Morning, Ant & Dec, The One Show  & A Royal Command Performance.

The Circus of Horrors started it’s gruesome beginnings at the 1995 Glastonbury Festival and became an instant hit, touring all over the world from Chile to Chatham, Argentina to Aberdeen, Japan to Jersey including festival appearances with Alice Cooper, Eminem, Motley Crue, Oasis, Iron Maiden, The Manic St Preachers, Foo Fighters and many more.

Currently all theatres are running a 2for1 offer for the show. To redeem you can call the on site box office (numbers above) and quote the promotional code GORY.