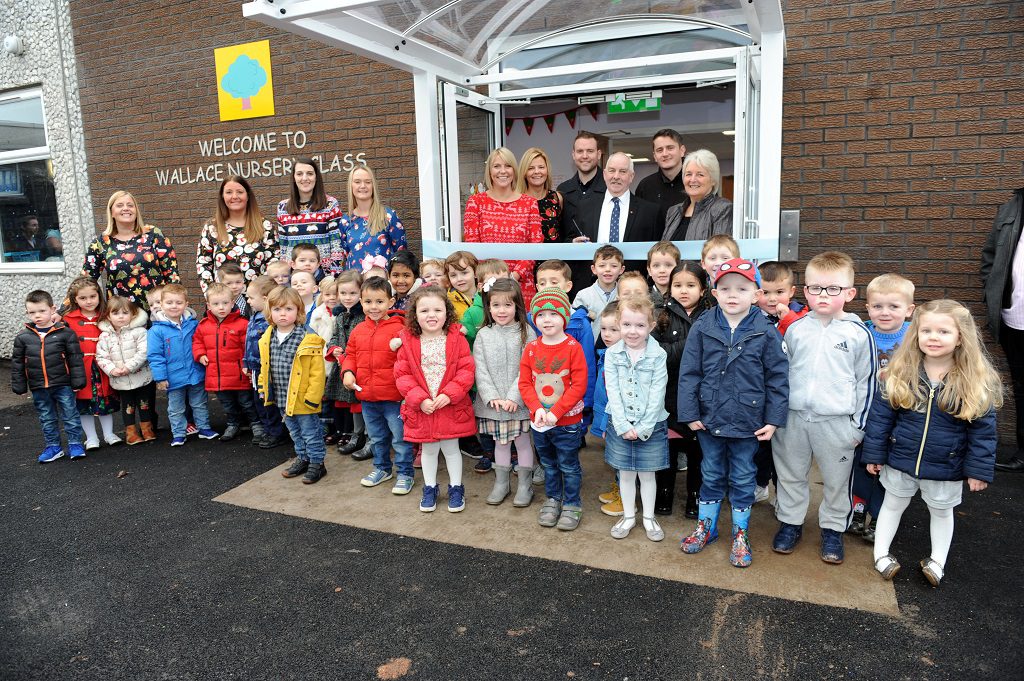 Wallace Primary School in Elderslie has opened the doors to its brand £480,000 new nursery class located in a new purpose-built extension. Parents, nursery children and council representatives attended the official unveiling (on Sunday December 11) of the new classroom which will enable Wallace Primary School to increase from 30 to 50 the number of children who can attend both the morning and afternoon sessions. The nursery class had previously been located in a separate external building.

At the opening event children treated their parents to a tour of their new classroom, showing them round all the stations and activities. Later in the day parents were able to enjoy a performance of the nativity play the staff and children had prepared specially for the occasion.

Renfrewshire’s Depute Provost John Caldwell said:  “The opening of the new Wallace Primary School nursery class is great news for the area as it will enable more children to start their early years education.

“It was great to see the children so excited and eager to show off their new classroom on the day.”

“The children were very excited to show the new classroom to their parents. All their hard work in their nativity play rehearsals resulted in a great performance on which helped put everyone in the festive spirit.”

The building programme also featured a safety project where a team from the council’s Community Resources engaged with youngsters about safety issues on live construction sites.