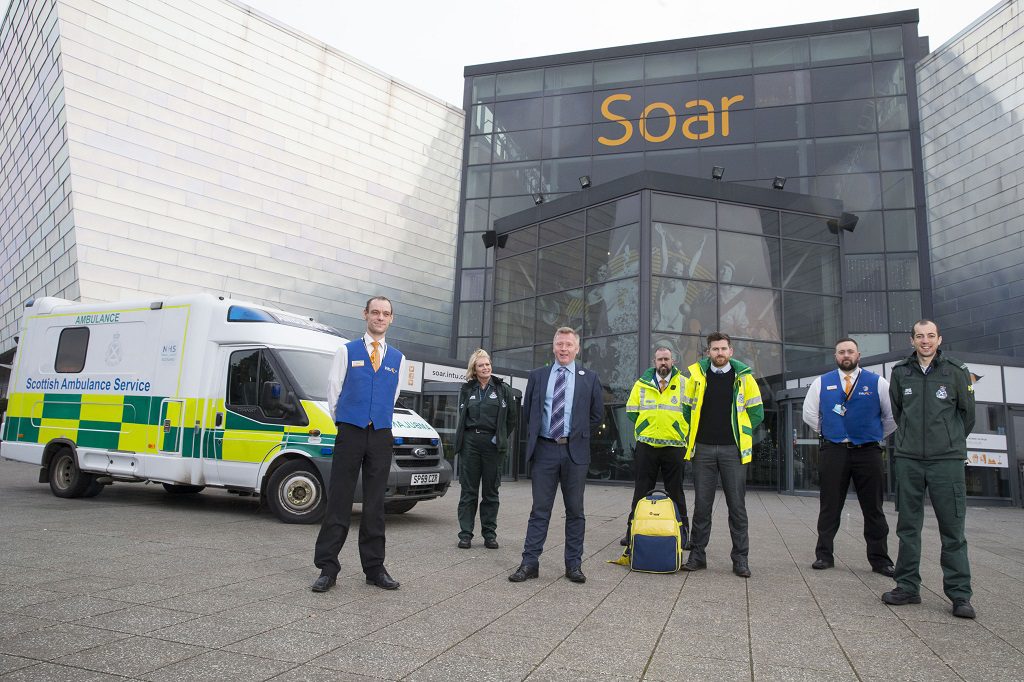 VISITORS to one of Scotland’s top leisure destinations are in safe hands after staff were given life-saving medical training. Seven members of the security staff in Soar at intu Braehead have now qualified as Scottish Ambulance Service First Responders. Colleagues at the adjacent shopping centre had previously been given the same medical training, which means intu Braehead is the only shopping and leisure destination in Scotland to have Scottish Ambulance Service First Responders on duty.

Normally, these members of staff will wear an NHS First Responders’ badge and if called into action will don a special First Responders vest, so the public know someone with specialist training is on hand to assist until the paramedics or ambulance arrives.

Scottish Ambulance Service Resilience Team Leader, Anne Harrison, said: “It’s fantastic to have Community First Responders in a place like Soar at intu Braehead and I commend intu on taking their customer’s safety and wellbeing so seriously by having this resource on site.

“The Scottish Ambulance Service has worked with intu to train the volunteers and we are delighted so many people have come forward to take part in this training.

“Ultimately, their presence will contribute to better outcomes for patients and that can only be a good thing for everybody who comes to Soar.”

“Since the safety and well-being of our visitors are a priority for us, we’re now giving them an even higher level of service and comfort.

“I’m confident our staff would be able to deal with any kind of medical incident or emergency with great professionalism.”