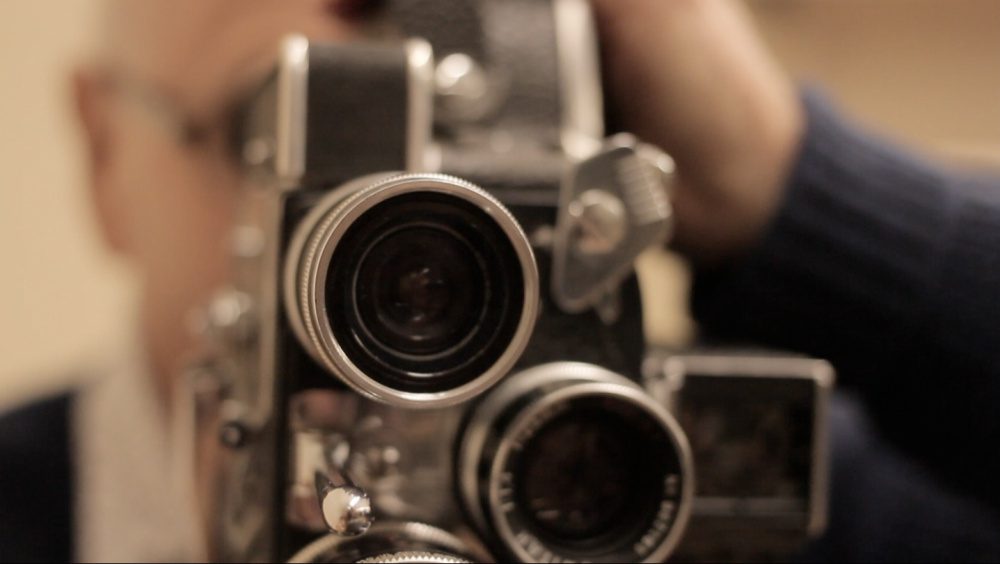 Falconer Houston DA HPAI is a long serving Artist Member of the PAI who first exhibited in the Paisley Art Galleries in 1954. He exhibits his work regularly at the PAI annual exhibitions and even helps with the hanging.  He was a well known teacher in Paisley and is a versatile artist, painter ceramicist and filmmaker. The “Made in Paisley” exhibition, running in Paisley Museum and Art Galleries from 11th October until 15th January, is showing a retrospective 12 week season of films about Paisley as seen through the eyes of local filmmakers, celebrating 50 years of filmmaking in the town, focusing on the work of local talent including Falconer Houston.

Falconer Houston made films in Paisley from the 1960s to the 1990s. In the ‘Paisley on Film’ Retrospective three of the best of Falconer’s films will be shown from November 8th-November 15th: ‘Tannahill’ recounts the life and times of Paisley’s most famous poet, ‘The Blue Potter’ is about the renowned potter Alex Sharpe, and ‘Cry of the Peewee’ won the coveted Scottish Amateur Film Award in 1970.

An unfinished film by Falconer from the 1960s, ‘My Paisley’, traced the history of Paisley from St Mirin right up to the flourishing Rootes factory in Linwood.  Paul Mothersole, working with local talent, has re-imagined Falconer’s film and brought the history of the town to a new generation.  It will be shown from December 6th-December 11th.