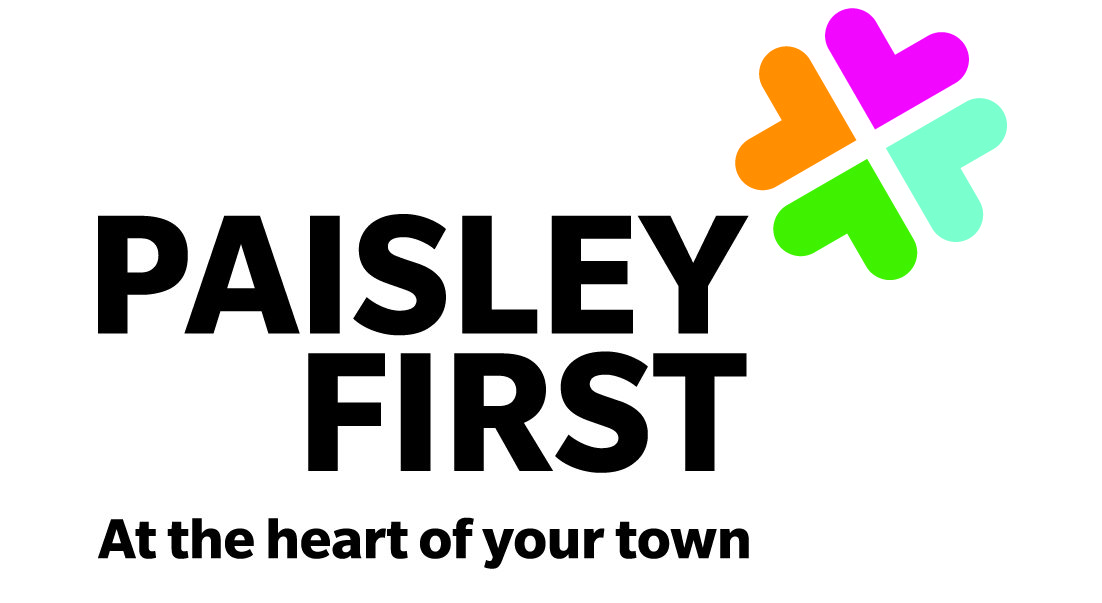 Paisley First believes that first impressions count and we would like to create a welcoming town for locals, businesses and visitors alike. Our new Gable Wall Art Project intends to do this and has been devised to showcase Paisley as a vibrant city of culture and heritage. We believe that a more colourful townscape will complement Paisley’s diverse culture, rich heritage and expansive listed buildings. We are now calling out to local artists to help unleash Paisley’s full creative potential. Here is an example of the first concept that will be produced: In the foreground, there is a beautiful Scottish bird perched on a large branch picking at a ball of yarn. The bird represents the life and work of Paisley’s Alexander Wilson, who was originally a weaver poet but moved to the US and studied wildlife. Alexander drew hundreds of illustrations of birds and became known as the man who invented ornithology as a science. In the background, there is a Paisley skyline sunset with the iconic Coats Memorial building, built in memory of Thomas Coats, founder of the town’s thread industry. This mural amalgamates historical and cultural elements specific to Paisley which will communicate with people of all ages and walks of life.

At present, we have identified several possible mural sites in and around Paisley’s town centre. We now seek artists from Renfrewshire with experience of carrying out similar projects to work with us. Artists should submit a short proposal (no more than 200 words) for a mural inspired by Paisley’s rich heritage and culture.  We are amenable to artists submitting a proposal for the work in collaboration. Fee for the project should be clearly stated, but costings for supplies are not required this initial stage. It is highly recommended that artists submit some initial sketches in order to bring their proposals to life

Closing date for proposals is Friday 25th November, 2016. Please e-mail melanie@paisleyfirst.com if you require any further information. Proposals should be submitted FAO Melanie Hughes at the Paisley First office: