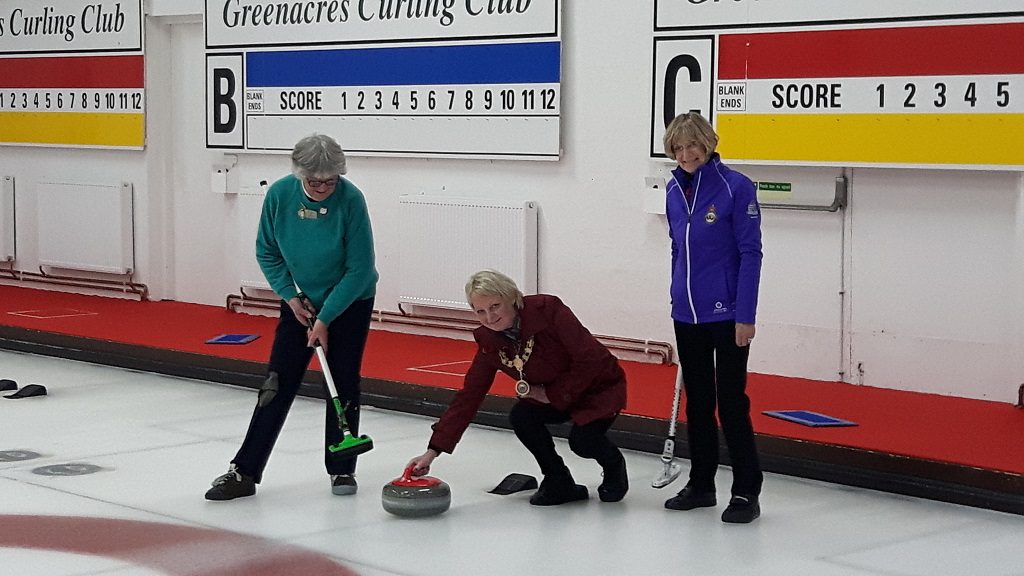 The cream of European curling will descend on Renfrewshire this weekend as the European Curling Championships take place at Braehead Arena. The event takes place from 19-26 November and will see 26 nations take part in both men’s and women’s competitions- with the top 8 from each qualifying for the 2017 World Championships in Canada.

While the action takes place inside the Arena, there will also be a specially constructed ‘Fan Zone’ in the shopping centre for visitors and supporters to be a part of for the duration of the championships.

Renfrewshire’s Provost Anne Hall will host a civic reception on Friday night at Paisley Town Hall for athletes, officials and sponsors to welcome them to the area which is recognised as the birthplace of the sport.

The first ever formal record of the existence of curling details a challenge between a monk and a relative of the Abbott throwing stones across the ice outside Paisley Abbey in 1541.

Local youth theatre group PACE will put on a short performance re-enacting the challenge and attendees will also have the chance to visit the historic Abbey as part of the evening’s event.

The championships form part of Paisley’s bid for UK City of Culture 2021 and follow on from last weekend’s Christmas Lights Switch-On which saw around 30,000 people turn out in the town centre.

Provost Hall said: “It’s a fantastic honour to host this prestigious competition and I’m delighted to have the opportunity to welcome everyone involved to Renfrewshire.

“With Paisley’s history as the birthplace of curling, it is fitting that the top players have the chance to perform here and I’m sure the competition will be of the highest calibre.

“As part of the town’s bid for UK City of Culture, we have shown that we have the capability of hosting large-scale events in the area and these championships will be yet further proof of our ability to do so.

“It promises to be a great event for all the family so grab your tickets now and come along.”

Tickets are still available for the event via: http://www.worldcurling.org/ecc2016/tickets

For more information on Paisley’s bid for UK City of Culture 2021, and to press the ‘Back the Bid’ button, visit www.Paisley2021.co.uk