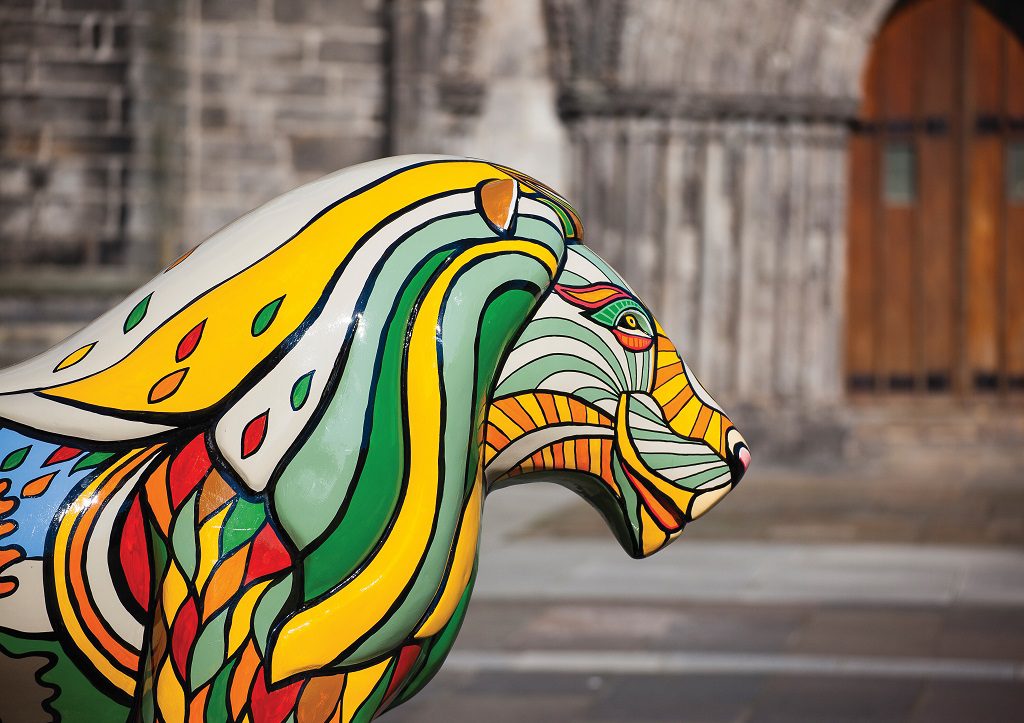 On Friday 21st October, 2016 the Pride of Paisley lions will be auctioned with proceeds raised going to the Accord and St. Vincent’s hospices. Painted predominantly by local artists, these twenty-five colourful lions have adorned Paisley streets since July as part of the biggest public art project in the town’s history. This Paisley First initiative has raised awareness of the town’s cultural and heritage assets, and attracted new visitors and tourists as part of the town’s culture-led, regeneration strategy. Paisley’s BID manager, Andrew Mitchell said: “The auction will be a fantastic night and will give us the final opportunity to say goodbye to lions whilst raising money for two valuable causes. Thousands of people took part in the art trail, taking them to parts of Paisley they had never seen before. These people also used local shops and businesses they had never used before. We still have some tickets available, so if you’ve nothing planned for Friday, then come and take part in the auction.”

Friday’s auction will take place at  The Normandy Hotel and tickets are priced £36, which includes a three-course meal, live entertainment and of course, the chance to bid on one of your favourite lions. Scottish legend, Andy Cameron, will host the event and there will be live music from Clanadonia, Paisley’s own Cat Caldwell, Iain Forbes and newcomers, Clyde. For those who can’t make the auction but still want to bid on a lion, you can also visit paisleyfirst.com to download an advanced auction bid form. On the evening, the auctioneer will start with the highest minimum bid received. The Pride of Paisley auction starts at 7pm and is going to be streamed live on the Pride of Paisley Facebook page.

Mackay urges Constituents to Give Blood
Scroll to top