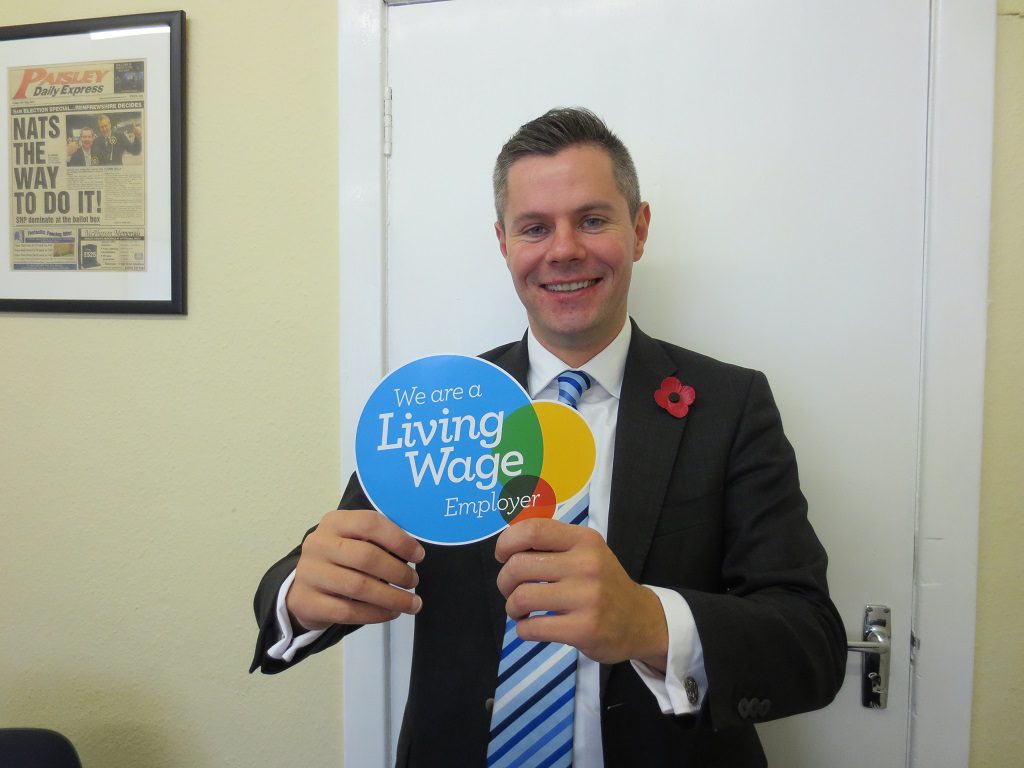 Mr Mackay was speaking as the new Living Wage of £8.45 was announced.

Living Wage Week takes place each year during the first week of November. The week is a UK-wide celebration of the Living Wage and Living Wage Employers.

“Living wage week is a great opportunity to raise awareness of the living wage and the living wage employer mark and I hope as many local employers sign up as Accredited Living Wage Employers as possible.

“People who go out and do a hard day’s work should not be left struggling to pay the bills and this new Living Wage of £8.45 announced today will be a welcome pay rise for hundreds of people across Renfrewshire.

“With low pay as one of the main drivers of poverty, it is vital that employers who can pay the Living Wage do so.

“And I want to see businesses implement the new Living Wage as soon as possible, it makes sense for businesses – it’s an investment in people, it leads to increased productivity and reduces staff turnover.