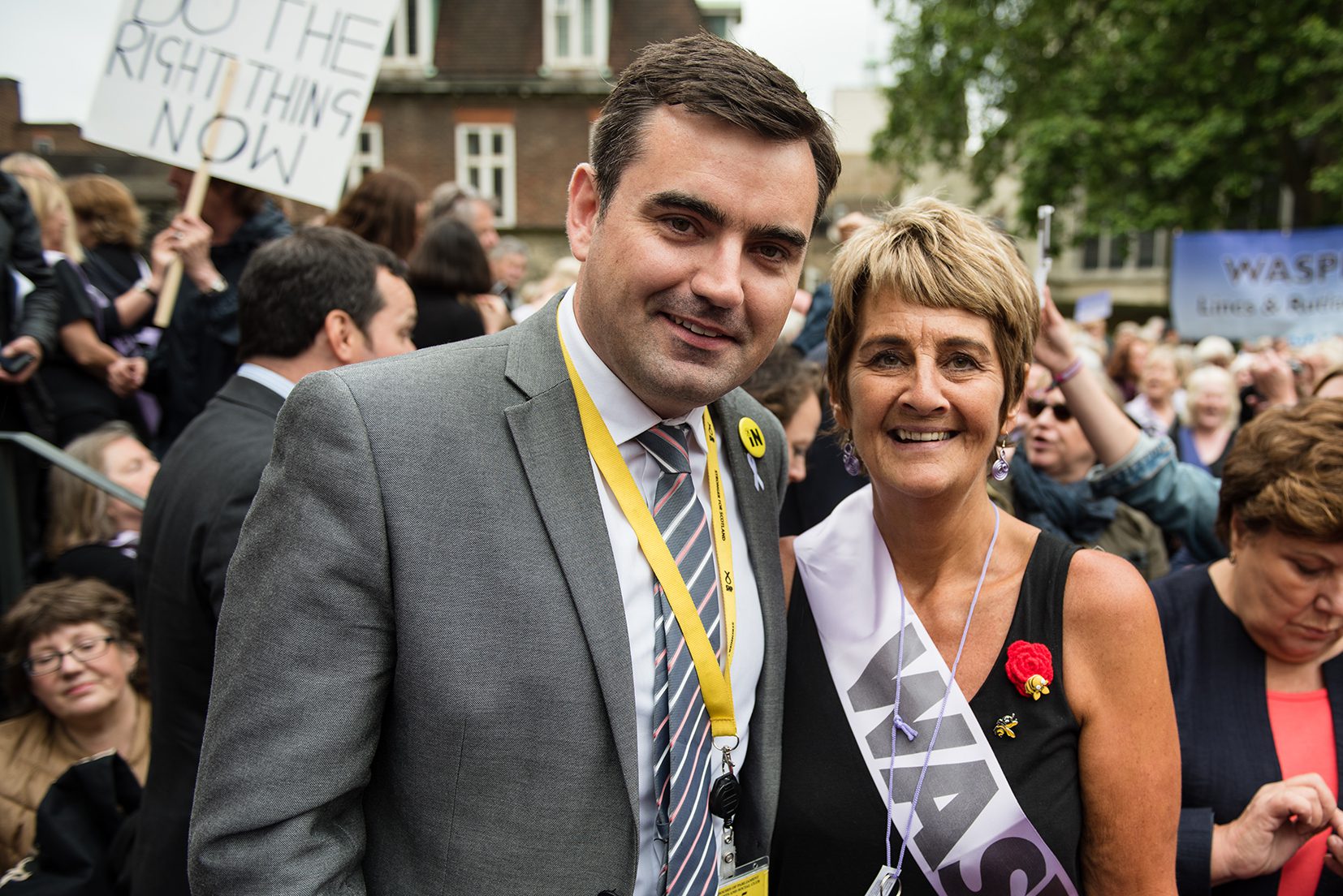 Gavin Newlands, MP for Paisley and Renfrewshire North, has gathered signatures towards a petition which requests that the House of Commons urges the UK Government to take action to help those women affected by changes to their State Pension age. John Major’s 1995 government passed a State Pensions Act that saw both men and women’s state pension age rise to 65 by 2020, while the Coalition Government’s 2011 Act brought forward the changes to 2018 and raised the state pension age to 66 by October 2020.

These changes, that saw the state pension equalised for both men and women, had a particular impact on women born in the 1950s as many of them have had their state pension age increased twice, second time with very little warning.

“I am continuing to work with the WASPI women to put pressure on the UK Government to correct their mistakes and take appropriate action to help those women who now having to wait longer to receive their State Pension.

“For the past couple of weeks I have worked with WASPI campaigners to gather signatures from local people, and I will be presenting this to the House of Commons.

“Over 8,000 women in Renfrewshire have had the rug pulled from under their feet at the last moment, with many of these women now having to wait six more years until they receive their State Pension.

“The UK Government has to stop hiding from this issue. They cannot ignore our calls any longer, and this petition calls on them once again to fix their mistake and pay these women the pensions that they were promised.”

Glasgow News? Daily Updates part of our network
PRESENTATION OF THE QUEEN’S AWARD TO THE WYND CENTRE