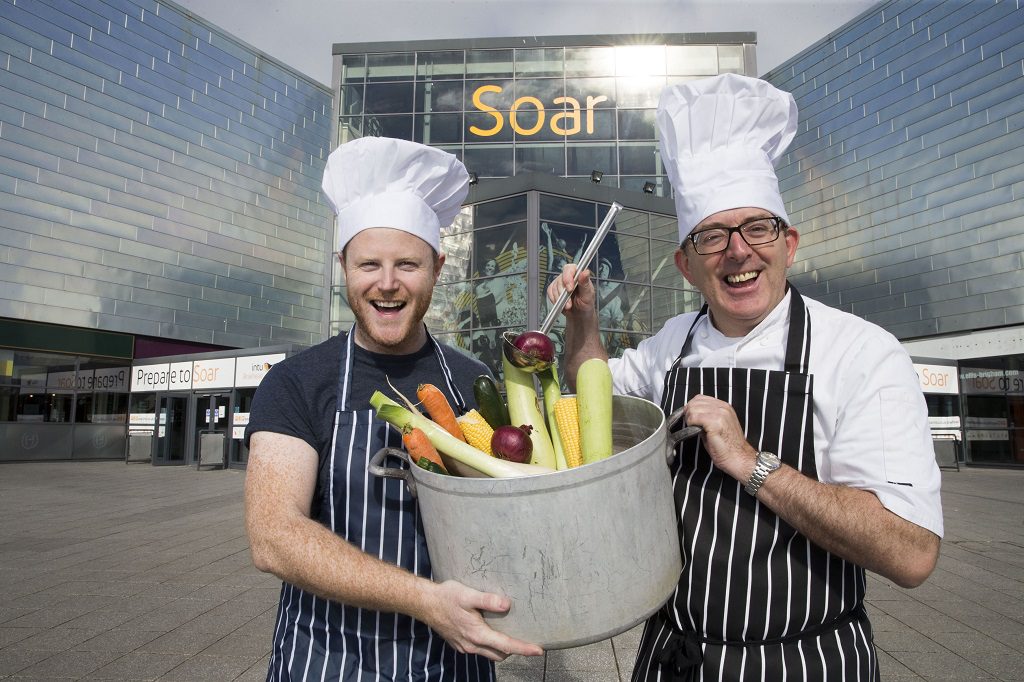 RIVER City crimper Robbie Fraser is swapping his TV hairdressing salon for a real-life stint in the kitchen. Actor Gary Lamont is being given plenty food for thought by top Scots chef, John Quigley as he prepares to host a free Great Taste cookery event in Soar at intu Braehead, on Monday.

Gary, who has starred as Shieldinch hairdresser, Robbie in the BBC soap for the past seven years, will be presenting a veritable cornucopia of culinary delights in a special kitchen being created in the central mall.

Cooking up a storm will be former rock ‘n’ roll chef, John Quigley, who now runs the popular Red Onion restaurant, in Glasgow.

The Great Taste event is being held between 2pm and 6pm, on Monday, September 26 and John will be demonstrating how to cook some of the mouth-watering Mexican, Italian, Indian and American dishes that are served in restaurants in Soar at intu Braehead.

Marketing manager at intu Braehead, Christine Macdonald said: “Everyone can have a gourmet afternoon and best of all, people will get a taste of the fabulous food as samples of the delicious dishes being cooked will be handed round to everyone who comes along.”