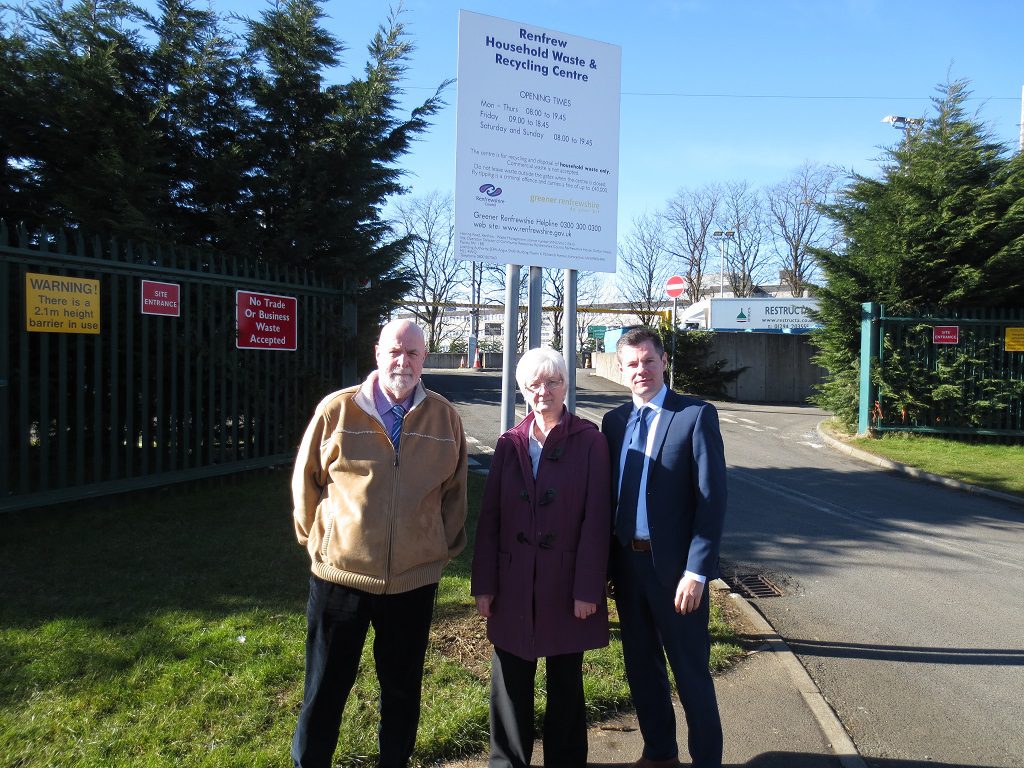 Gavin Newlands, MP for Paisley and Renfrewshire North, has responded to Renfrewshire Council’s decision to overturn the decision to downgrade the amenity sites in Renfrew, Erskine, Linwood and Johnstone.

The Council recently unmanned the sites, leaving the site on Underwood Road in Paisley as the only site that accepts all household waste in Renfrewshire, causing traffic chaos and an increase in flytipping.

“I’m delighted that Renfrewshire Council has finally seen the sense and has reversed their decision to downgrade the amenity sites in Johnstone, Renfrew, Erskine and Linwood.”

“The badly thought out changes led to increased flytipping across Renfrewshire and long queues at the Underwood Road facility in Paisley.”

“I challenged the Council leader Mark MacMillan to consult with the public on the changes and now the Council have overturned their decision following complaints from local residents. The Council clearly didn’t evaluate what
the impact of the downgrading would be, but nevertheless I’m glad they have performed a U-turn and decided to listen to the people of Renfrewshire.”

Commenting on the decision by Renfrewshire Council to restore a full service to the amenity sites in Renfrew, Erskine, Johnstone and Linwood, Derek Mackay MSP said:

“I am delighted to hear that Labour in Renfrewshire Council have finally taken this decision. This was a situation which was totally unavoidable from the start.

“This long overdue u-turn by Labour is down to the hard work and pressure of locals and community groups from across Renfrewshire over the past 10 months. They deserve great credit for the campaign they have ran.” Pupils book in for new early-years library
Scroll to top