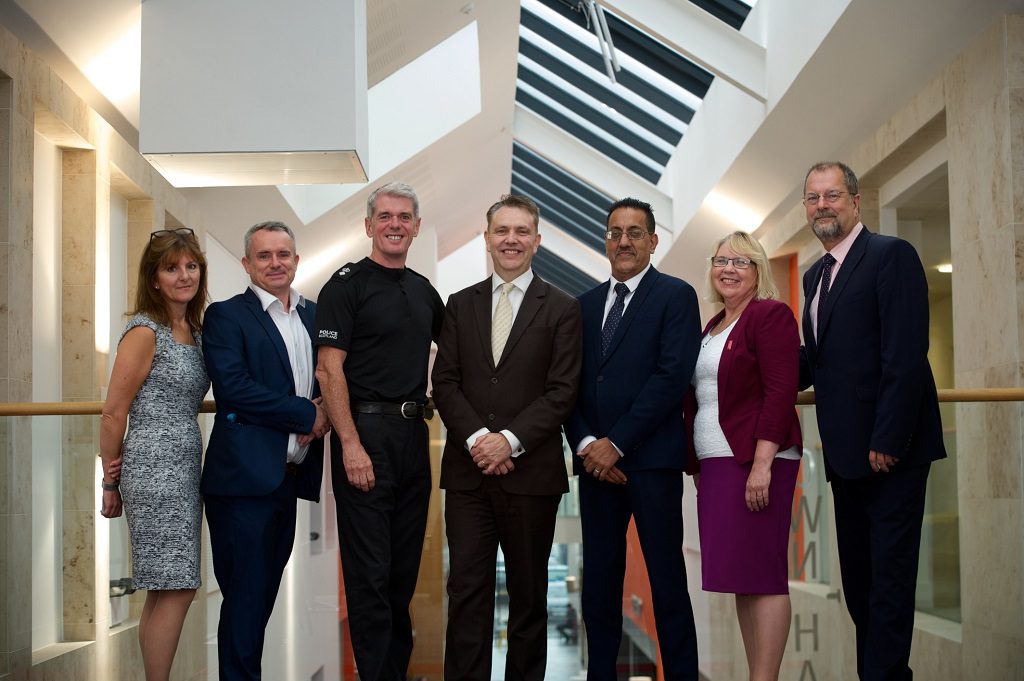 More than 200 child protection professionals gathered in Renfrewshire to hear from experts in the field – including the man who led the prosecution of the Rochdale sex trafficking gang. The annual Renfrewshire Child Protection Conference saw a day of discussion in Johnstone Town Hall on the theme of ‘getting it right for children in Renfrewshire’.

The keynote speaker was Nazir Afzal OBE – who led a number of high-profile profile court cases during his time as chief crown prosecutor for North-West England. Nazir is now the chief executive of the Association of Police and Crime Commissioners and a patron of several charities working to combat sexual exploitation and gender-based violence.

Attendees at the conference included staff from the council, the NHS, Police Scotland, and many other local agencies involved in looking after young people.

Other speakers included American expert David Mandel, who joined the conference via live Skype link-up on the big screens from his home in Connecticut to talk about the impacts of domestic violence on families and children.

Renfrew High head teacher Billy Burke also gave a presentation which looked at how the nationwide Getting It Right For Every Child Model is being applied in his school.

Renfrewshire Council’s convener of children’s services, Councillor Jacqueline Henry, who opened the conference, said: “We were fortunate to be able to bring some of the UK’s foremost experts on child protection to Renfrewshire for this conference.

“In particular, Nazir gave a fascinating insight into his work leading the prosecution on some landmark child protection cases, which I am sure will have made a real impact on everybody there.

“Keeping children safe is a big priority for the council and events like this certainly help equip those involved in that field to do that.”

Andrew Lowe, the independent chair of Renfrewshire Child Protection Committee, added: “Events like this are a fantastic way for professionals to learn about latest developments within the field from sector leaders and each other.

“Once again we had a fantastic turnout – there wasn’t a spare seat in the room, and I would like to thank everybody for their contributions to a really lively discussion.

“But a key message to send out to the wider public is that keeping children safe isn’t just something for the experts to think about – it’s everybody’s job.

“We would encourage anybody to report any concerns they may have to social work, the police, the NSPCC or ChildLine.”

More information, including phone numbers, can be found on the RCPC’s website at  www.no-worries.org.uk