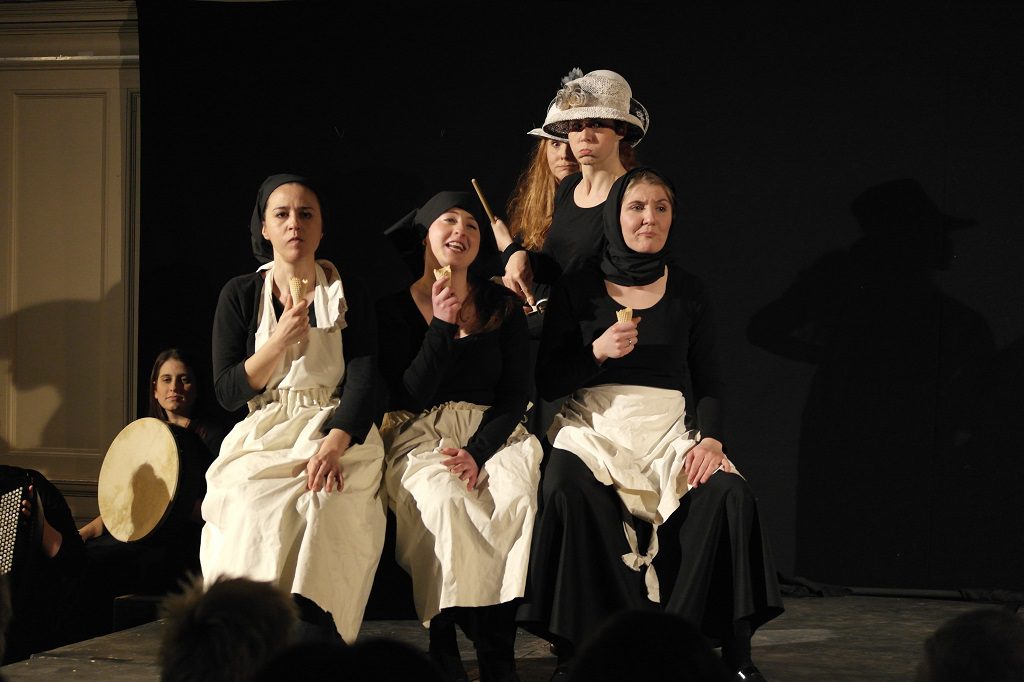 A Bench on the Road by Laura Pasetti.

‘We are all immigrants.’ Orchowski, Barack Obama, Pope Francis
Charioteer Theatre and Piccolo Teatro di Milano – Teatro d’Europa, present the world premiere of A Bench on the Road. Written and directed by Laura Pasetti, A Bench on the Road is a rich piece of musical and visual storytelling exploring women’s experiences of Italian-Scottish immigration in Scotland between 1850-1950. Based on hundreds of true stories collected over 30 years of research, the play tells of Scottish and Italian women divided, yet united, in the battle for identity and belonging. Spanning a century of unprecedented radical change, the diverse experiences of the women from both cultures meet and intertwine.

Seven women will be on stage – six actresses and one accordionist – telling the story of the many women who emigrated from Italy in one hundred years of history. Ancient traditional songs, Scottish and Italian folk music, physical theatre and an interesting marriage of languages and dialects will give life to the stories of daughters, mothers, sisters… three generations of women embarking on the same journey in search of a new beginning. The result is a dialogue between acceptance and rejection, confrontation and collaboration.

Laura Pasetti has collaborated with Andrzej and Teresa Welminski, former actors of Tadeusz Kantor and experts of his techniques, to give strong relevance to the visual impact of the images on stage. Jen McGregor is Assistant Director, Lighting Design is by Manuel Frenda, Costumes by Simona Paci and Natalie Toyne is Vocal Coach.

A Bench on the Road started as a piece of research commissioned in 2013 by the University of Edinburgh under the Italian-Scottish Research Cluster project (ISRC) and resulted in this production based on the archival items held by the ISRC, including recorded interviews and other personal documents, regarding and involving women.

Laura Pasetti is the Artistic Director of Charioteer Theatre. After 20 years on the most prestigious stages as a lead actress in Italy and abroad Laura moved to Scotland where she founded Charioteer Theatre. She is director and playwright in residence at Piccolo Teatro di Milano and she has been collaborating with Accademia della Scala, Teatro Stabile di Torino, University of Washington, IES Abroad.

A Bench on the Road is supported by Creative Scotland and sponsored by Italian Cultural Institute of Edinburgh, Italian Chamber of Commerce, Italian Scotland, Paramount Creative and ifs Worldwide.