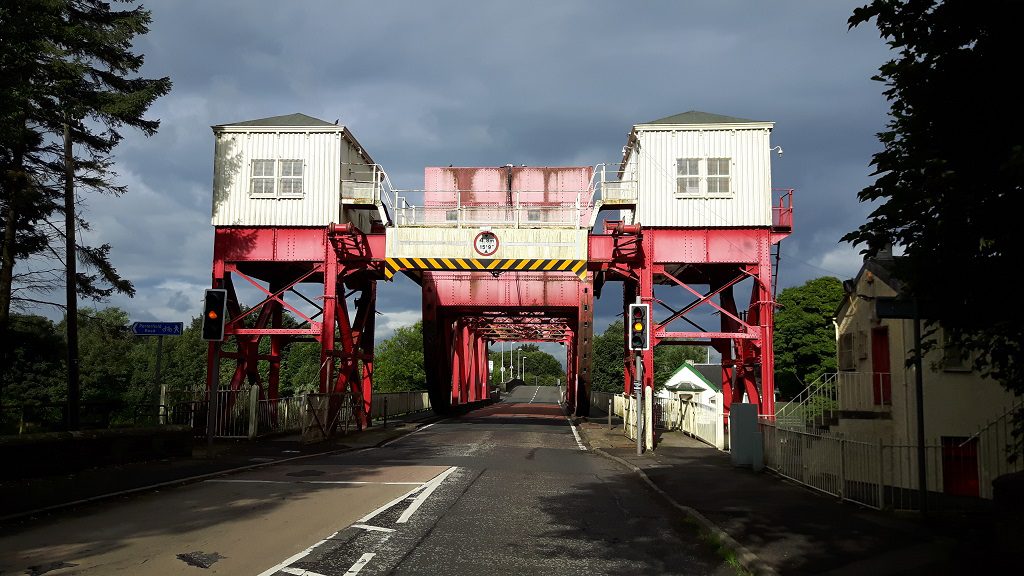 Locals and visitors to Renfrewshire this weekend have the chance to visit the UK’s only museum in a supermarket, witness a unique bridge in action and explore the home of one of Scotland’s most famous poets, shrouded in mystery since his death. Plus much more!

More than 50 buildings and locations across Renfrewshire will welcome members of the public this weekend, as the region celebrates Doors Open Day on Saturday 3rd and Sunday 4th September.

During the two days, local residents and visitors will be able to visit and explore a range of unusual and landmark buildings and locations all over Renfrewshire. Many of the venues are not normally open to the general public, so Doors Open Day presents a rare opportunity to take a look behind the scenes.

Those looking for an added adrenalin rush can also head along to East End Park on the Saturday, between 10am and 4pm to take part in or watch the Provost Charity Zip Slide. Renfrewshire’s Provost Anne Hall will undertake her first zip slide, flying through the air, more than 100ft above the watching crowds.

The event is open to members of the public to take part in and sign-ups can be made by contacting donna.gallagher-pt@renfrewshire.gov.uk. The event will raise money for four local charities; Renfrewshire Carers Centre, RAMH, ACCORD Hospice and St Vincent’s Hospice.

This year’s Doors Open event will allow people to tour many of the historical and cultural important locations in Paisley and elsewhere in Renfrewshire which underline the strength of the Paisley 2021 bid to become UK City of Culture. The area’s rich heritage and vibrant cultural scene, at the heart of local communities, is a key component of the bid.

The depth and breadth of history and cultural activity across Paisley and Renfrewshire is emphasised by the eclectic mix of locations participating in Doors Open Day 2016. One such attraction is Johnstone History Museum, believed to be the world’s first museum in a supermarket.

Opened in 2008, the museum is run by volunteers from the Johnstone History Society and is located in the local Morrisons supermarket. It displays material from the town’s rich heritage and also boasts exhibits of Dinky toys and girls’ toys from the 1950s. For Doors Open Day, history walks around Johnstone will depart the museum at 2pm on Saturday and Sunday.

Visitors to Paisley can head along to Tannahill’s Cottage on Queen Street. Built by Thomas Tannahill in 1775, the cottage was home to his son, Robert, for most of his life. Robert Tannahill, the ‘Weaver Poet’, is one of Paisley’s most famous sons but his is not an entirely happy story.

Although well regarded, Tannahill became increasingly frustrated as he struggled to find publishers for his work. It is believed this sense of frustration may have been enhanced by the fame and fortune enjoyed by his contemporary Robert Burns at the time.

On the morning of 17th May, 1810, Tannahill was found drowned in a culvert at the Candren Burn in Paisley, just yards from the cottage. The exact circumstances of his death remain shrouded in mystery.

The cottage is now home to the town’s Burns Club which is one of the oldest in the world.

Visitors during next weekend will be able to witness the bridge opening at 11am, 1pm and 3pm.

Renfrewshire’s Provost, Anne Hall, is urging people to get out and experience the wealth of fascinating buildings and locations which the region is home to. She said: “Doors Open Day is a fantastic event and always proves popular with people from and visiting Renfrewshire.

“We are fortunate to have examples of brilliant architecture and innovative venues across our region. Renfrewshire should be proud of its heritage and cultural offering, and Doors Open Day does a wonderful job of showcasing why the Paisley 2021 bid to become UK City of Culture is so strong.”

Glasgow News? Daily Updates part of our network
Buy now and no payments for 6 months at Frank Gillespie Cars