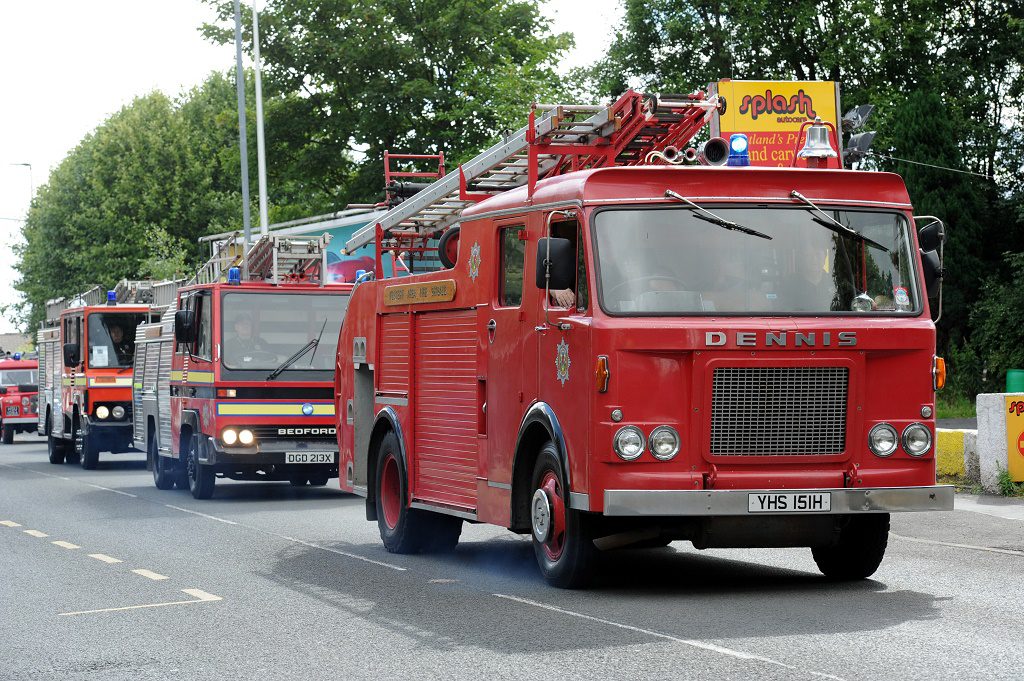 People across Renfrewshire are being urged to heed the siren’s call and head to Johnstone this Saturday (13th August) for the town’s popular Fire Engine Rally. Some of the world’s oldest fire engines and other emergency vehicles will parade through the town centre as part of the family fun day. Operated by the Scottish Fire and Rescue Heritage Trust, the vehicles from across the ages provide the public with a glimpse into the past. Johnstone’s Fire Engine Rally is hosted by Renfrewshire Council, in partnership with the Scottish Fire and Rescue Heritage Trust. This year’s event is just one of a diverse range of cultural activities taking place in communities across Renfrewshire as part of the Paisley 2021 bid for UK City of Culture.

Starting at 11am, the day will begin with a parade of vintage fire engines from Johnstone Fire Station, down Thorn Brae, to Houston Square. The parade is expected to take half an hour and all the vehicles will be on display in Houston Square for the rest of the day.

The Scottish Fire and Rescue Service will be putting on a number of dramatic demonstrations throughout the day, showing the public how they go about responding to fires and accidents. It is expected that Renfrewshire’s Provost, Anne Hall, will be involved at the heart of the action.

Other entertainment will be provided by falconry displays throughout the day, music from a DJ and a bouncy castle.

Provost Hall said: “This is always an extremely popular event with the local community and one which I enjoy being involved in.

“It’s fantastic to see how fire engines have changed throughout time and as well as being a fun day out, it also conveys important fire safety messages. The Fire Engine Rally shows the broad range and depth of cultural events which regularly take place across Renfrewshire and demonstrates the region-wide support for our Paisley 2021 bid for UK City of Culture.”