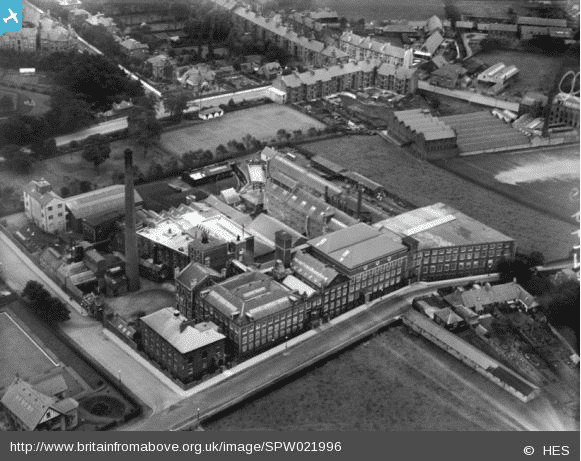 John Polson was born in Paisley in 1825.  He attended Paisley Grammar School and the Andersonian College in Glasgow before joining the family business. Brown & Polson was established in 1840, when two muslin manufacturers (John Polson & Co and William Brown & son of Glasgow) collaborated and opened their first factory in Thrushcraigs, Paisley. Together they worked on the process of bleaching, scouring and scratching of muslin cloth.

It was here that John Polson discovered an ideal starch that could withstand bleaching.  After many experiments, he succeeded in making a starch for household use.  This was marketed in 1842 as ‘powder starch’ and was sold to housewives.

After the death of his father in 1843, John Polson Jnr took over the business.  He invented the process of making pure starch from maize. and in 1854 he took out a patent to market it as foodstuff.  It was to become a household name throughout the world as ‘Brown & Polson’s patent cornflour’ and made the company world famous. Even nowadays cornflour remains a standard store cupboard item.

Brown & Polson began producing starch and cornflour in the 1860’s.  They became the largest manufacturer of starch products in Britain and were granted the Royal Warrant.

It was around this time that the company moved premises to Falside Road, Paisley where it occupied almost 4 acres of land.  Business was thriving and it was known to have almost 1,200 workers. John Polson was greatly concerned about the welfare of his workers.  In the 1870’s he began a profit-sharing scheme.  He also built a row of cottages and a recreational institute for the workers.  The building was used for the workers to meet and socialise.  Outside the building, the grounds had bowling greens and tennis courts.

John Polson Jnr died in 1900.  By then, Brown & Polson’s were the largest manufacturer of starch products in the UK.

In 1962 the factory became the home of Knorr, making soups, stock cubes, sauces and Hellmans mayonnaise.  Penicillin was also made for the pharmaceutical industry.  Baby food production also began production in 1964.

The blackest event in the history of Brown & Polson

The blackest event in the history of Brown & Polson took place at 6.40am on the 5th June, 1964, when the animal feed plant, a large building to the rear of the rear in Braids Road, was completely destroyed in a huge explosion.

Workers who had arrived for the 6.45am shift had to run for their lives. Local firemen, ambulance men and workers tore at the rubble in the search for casualties, while anxious relatives stood waiting for news. Four men were killed and four badly injured. A local policeman described the disaster, “I have seen terrible things during the war, but never anything like this”.

Over the years the company was greatly reduced.  In 1996, the company finally closed its doors and the Knorr soup factory was demolished.  All that remains of  the huge imprint of Paisley is the office block at the corner of Braids Road, housing has been built on the remaining land.  The old tennis courts were refurbished in 2011 and can still be used today. I’m sure many of you will have your own memories of this iconic landmark.  Please share any experiences you may have of Brown and Polson below in the comments section..

One thing we will all agree on is that Brown & Polson has been a huge part of the people and the history of our great town.