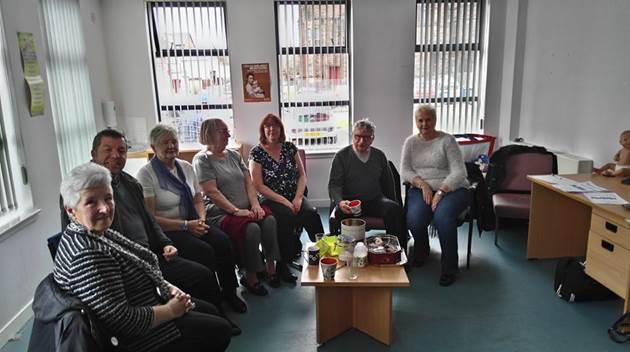 Are you looking after someone with Stroke or Parkinson’s?

Renfrewshire Carers Centre is currently looking for carers to join their Stroke and Parkinson’s support groups.

The Centre runs a range of locally based support groups in Paisley and Linwood and also condition specific groups for example carers looking after people with Alzheimer’s and Stroke, young people with disabilities and Kinship carers. Carers report that attending the support groups gives them a chance to meet other people in an informal setting who are going through the same experiences this peer support is what most carers find invaluable. As part of the support carers also enjoy going out for meals, Bowling and going outings to places of interest. Also, carers benefit from guest speakers who provide extra support and useful information.

Every group is different and has a support worker from the Centre who facilitates a group. If you would like to join any of these groups, you do not need a formal invitation, just come along on the day. You will be most welcome.

One of the carers who attends Renfrewshire Carers Centre’s support group is Robert Taylor.

Robert has been caring for his wife Lesley who is Bi–Polar for 15 years. His first contact with the Carers Centre was 4 years ago.

During this period, Robert has regularly attended the Male Carers Group that meet monthly at Northcroft Medical Centre. Robert describes the Centre and the support group as “his lifeline” He said: “I do not know what I would do without the support of the staff at the Centre. The group allows me time away from my caring role and to meet other carers in the same position as myself. The members have built strong friendships which mean a lot & you don’t feel on your own. The Group Worker, Margaret, is great! I would encourage anyone needing support to come along”

GISHWHES 2016 (Greatest International Scavenger Hunt The World Has Ever See...
Scroll to top