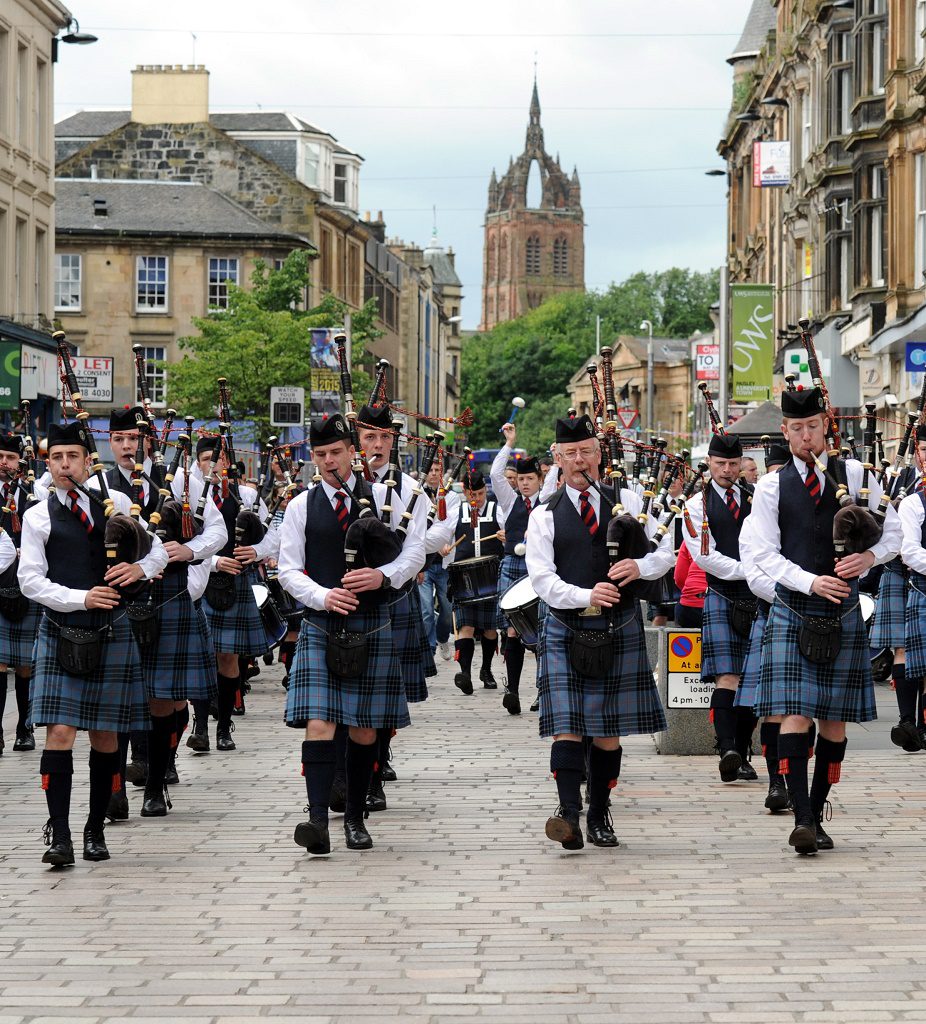 Paisley town centre will once again be filled with the skirl of pipes and beat of drums, when the Paisley Pipe Band Championships return next Saturday (23 July). Pipers and drummers from across Renfrewshire, Scotland and further afield, will be in the town to perform at the seventh annual Paisley Pipe Band Championships.

Thousands are expected to watch more than 20 bands as they parade from High Street to the main competition arena in County Square. Spectators will experience more than 40 performances during the day, with the March Past at 5.30pm.

The championships, organised by the Royal Scottish Pipe Band Association (RSPBA) and Renfrewshire Council, have quickly come to be regarded as one of the most prestigious on the calendar. This year’s event is part of an exciting and expanding calendar of cultural events for Renfrewshire as part of the build-up to the Paisley’s bid for UK City of Culture 2021.

Pipers from as far afield as Northumberland, Troon and Rothesay will go head-to-head with local bands from Johnstone and Kilbarchan. Johnstone Pipe Band will be one of the star attractions, winning World Championship titles in 2014 and 2015, and being the current Grade 4 European Champions.

The free event begins at 10.30am, when the bands will parade past shoppers and onlookers to the final tuning area at the Cenotaph. From there, they will then march to County Square to get the competition proper under way.

The campaign aims to capture the everyday moments and tales that make the area one of Britain’s most exciting and diverse to live in.

Chieftain of the event, Depute Provost John Caldwell, said: “Now in their seventh year, the Paisley Pipe Band Championships are always a great day out for the huge numbers who come to watch.

“The standard of piping is extremely high and we are proud to boast European and World Champions from Renfrewshire in the shape of Johnstone Pipe Band. I’m sure that home support can inspire them to another winning performance next week.

“The ever-growing events programme, which forms part of Paisley’s bid for UK City of Culture 2021, has an important role to play in supporting local traders. These events bring big crowds into our towns and give local communities another reason to feel proud about living in Paisley and Renfrewshire.”

Earlier this year, Paisley hosted the British Pipe Band Championships for the first time of a three years run in the town. More than 15,000 turned out to St James Playing Fields for one of the biggest events in world piping.