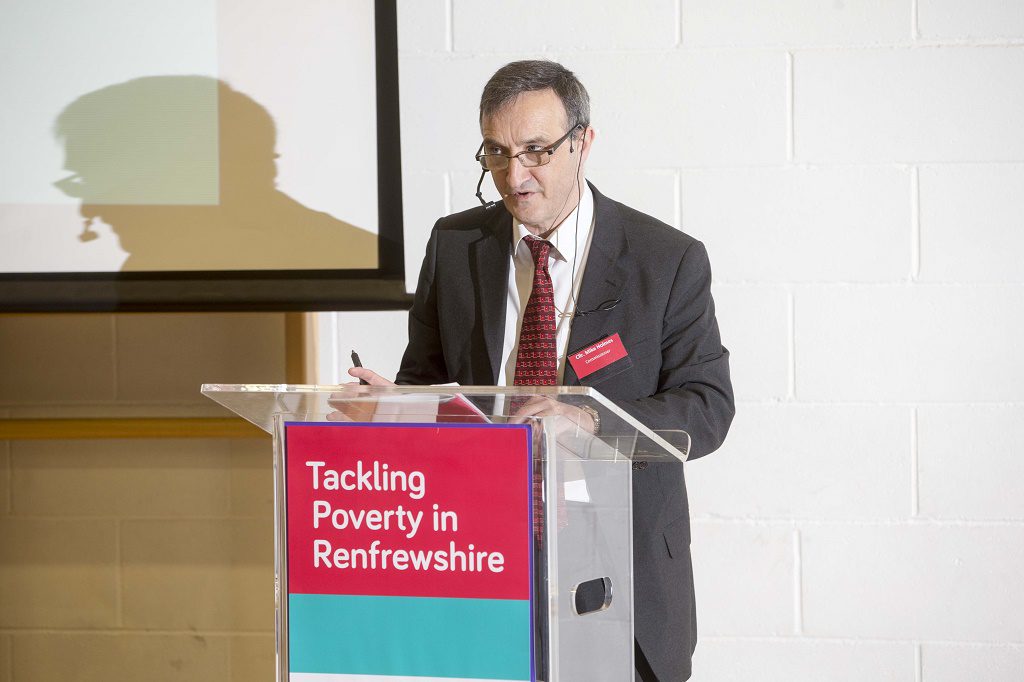 Sanctions in Renfrewshire have dropped by more than 70% since the publication of a high profile study into poverty in the area. The Renfrewshire Tackling Poverty Commission was the first of its kind in Scotland to look specifically at child poverty at local level and it gathered evidence throughout 2014.

Since the Commission published its findings in spring last year, significant progress has been made- including a £6million investment by the council to advance the Commission’s initial recommendations through the Tackling Poverty Action Plan.

When the Commission reported its recommendations in March 2015, Paisley Job Centre had the third highest number of benefit sanctions in Scotland.

But since the Commission highlighted Paisley’s sanctions rate and called for a new approach to the regime, the drop in the number of sanctions in Paisley and Renfrewshire has accelerated significantly.

Between March-December 2014, there was a total of 2192 sanctions to Job Seekers Allowance in Renfrewshire- however this figure reduced noticeably to 614 in the same time period in 2015- a drop of 71.9%.

There was also a marked drop of over 1000 sanctions at the Paisley High Street branch- with the figures falling over 74% from 1364 to 352.

“We have projects on the ground making a difference and providing immediate and practical support, and we’re starting to see the results of our investments.

“Because research makes a clear link between benefit sanctions and foodbank use, one of the key recommendations of the Commission was that the benefit sanctions regime should be completely re-thought with a new approach.

“While I maintain that benefit sanctions are wrong, I am encouraged to see the considerable decrease in sanctions in Paisley and Renfrewshire as a whole which will allow claimants to continue to search for employment without losing their income.

“This is an important step in the right direction but there is still a long way to go to develop on these encouraging results.”