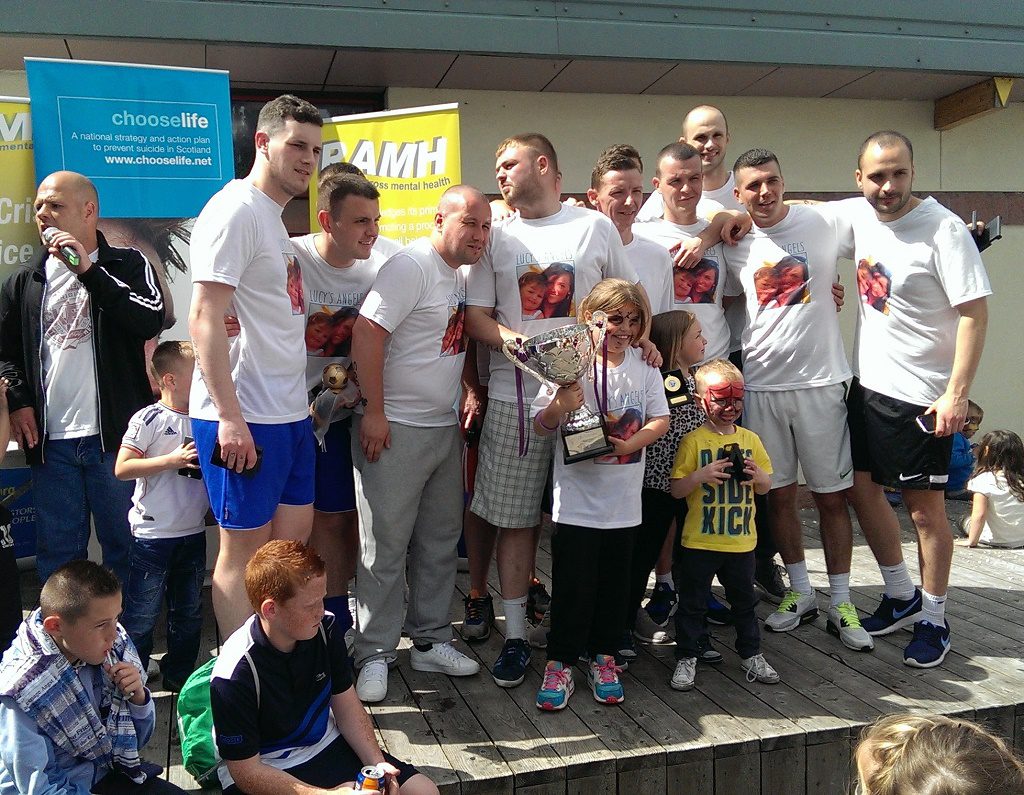 Local Ferguslie resident Paul Cardona is urging the Renfrewshire community to support a memorial tournament for those lost to suicide. The annual No Substitute for Life tournament held in Ferguslie is now in its fifth year and brings the community together to raise awareness of the issue among men and women of all ages.

Paul said: “It is a great day which brings families together to talk about their experiences- with the added bonus of the football competition.

“While there are teams there wishing to enter then I’ll run the tournament as it gives people the chance to open up about what are they are going through.

Paul first helped establish the tournament after losing close friends to suicide with the wish he wouldn’t see another person lost to the issue.

“I just wanted to help to create something which would bring people together to not only remember, but to highlight the problem and show that there is help available.

“There is an ignorance from those who haven’t been affected by mental health issues and that people who suffer from these issues need a service, they need help.”

The tournament will be held at Ferguslie Park Sports Centre and has 17 teams currently signed up- as well as two walking football teams.

The event has been growing year on year and is a day for all the family. There will be face painting, glitter tattoos, a magician and the Street Stuff team will also be on hand to entertain the crowds.

This year St Mirren F.C. Manager Alex Rae will be attending to show his support- as will Chief Executive of Pro Life, Gayle Brannigan-McLaughlin.

Paul added: “If anyone has been affected by suicide, or is having suicidal thoughts, then I would encourage them to come along.

“There is no pressure to speak about anything you are not comfortable with but there will be people there to listen and provide information on a local and national support available.

Councillor Iain McMillan, Convener of the Renfrewshire Health and Social Care Integration Joint Board, said: “Paul has been an inspiration with the level of commitment that he has put in to establish the tournament.

“It provides a terrific opportunity for young men and women to come together through sport and gives them the chance to open up about any issues they may be experiencing.

“I would encourage everyone to go along, support the tournament and share your experiences with those in a similar situation.”

No Substitute for Life is organised by community volunteers in partnership with Choose Life and Recovery Across Mental Health (RAMH).

Glasgow News? Daily Updates part of our network
Poverty Commission Chair: More than 70% drop in sanctions is “an important...