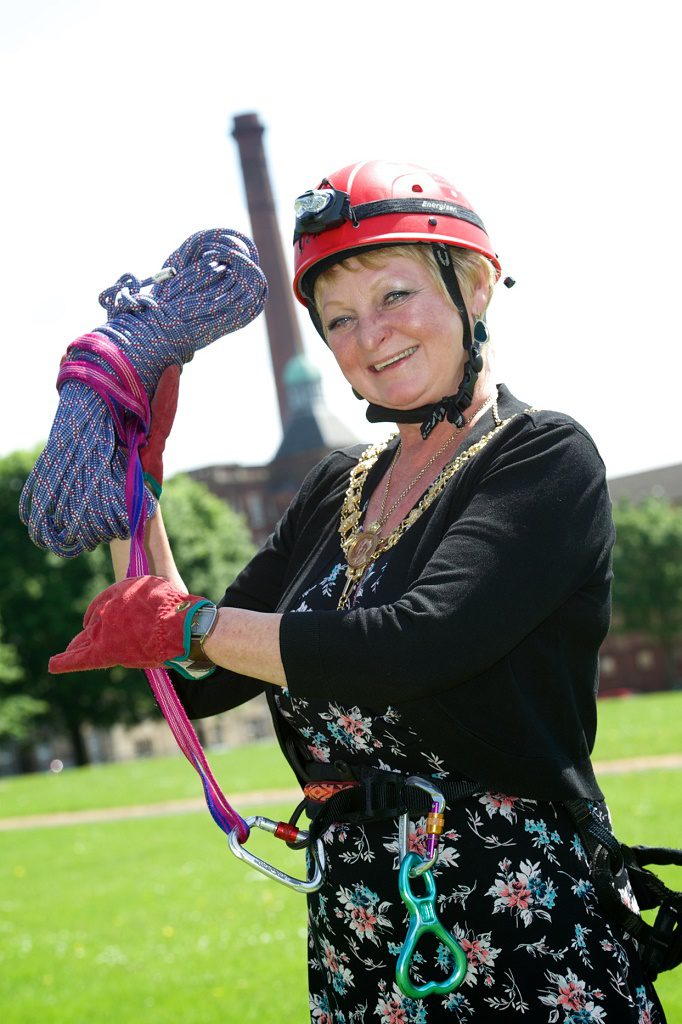 Renfrewshire’s Provost Anne Hall is seeking fellow daredevil fundraisers to fly through the air with her in her latest charity exploit. Provost Hall is heading for the clouds again as she undertakes a special zip slide across East End Park to raise vital funds for her chosen charities. And she’s looking for as many people as possible to conquer the heights with her in order to add to the £25,000 she has already raised during her time as Provost.

The event will coincide with Renfrewshire’s Doors Open Day celebrations and fundraisers will fly across Paisley’s East End Park on Saturday 3 September.

Provost Hall said: “I can’t wait to get my feet off the ground once again to raise money for my charities.

“After undertaking a wing-walk, a skydive and an abseil during my time as Provost, a zip slide seemed the natural next step.

“I’m determined to raise as much as possible for my four charities and I hope as many people as possible can join me to take part.”

The money raised will be shared equally among the four charities – Renfrewshire Carers’ Centre, RAMH (Recovery Across Mental Health) and two hospices– Accord and St Vincent’s– chosen by Provost Hall to feature in a special charity giving scheme during her term as Provost.

There is a registration fee of £20 and participants- who must be 16 or over- will be expected to raise a minimum of £100 in sponsorship.