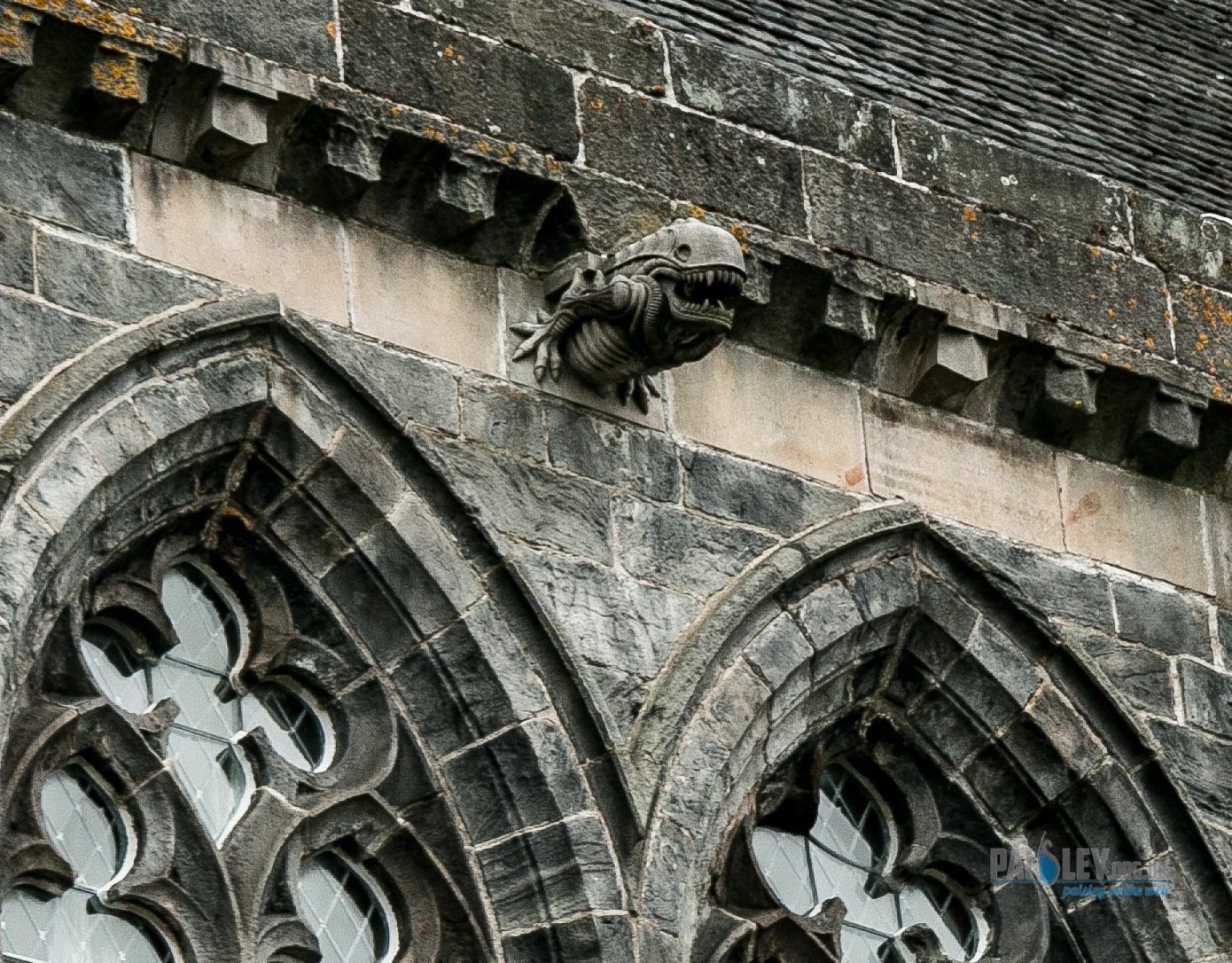 For several decades, Paisley Abbey has been home to gargoyles.  The purpose of the gargoyle figures was to take rain water away from the roof in the days before down pipes.

For hundreds of years, the 12 medieval gargoyles in Paisley Abbey had remained in the place where they had originally been placed. However, in 1991 the Abbey underwent conservation work and all except one of them had to be destroyed because they had “crumbled and were in very bad shape”. Restoration was impossible after hundreds of years of water draining down from the roof.

Just one of the original gargoyles was left outside the abbey to show how they would have looked.

The destroyed medieval gargoyles had to be replaced by new gargoyles.  A stonemason from Edinburgh was hired to create the new gargoyles.  No two gargoyles are the same, which respects the medieval tradition of not repeating a gargoyle design.

One of the new gargoyles looks very much like xenomorph creature in Ridley Scott’s “Alien” films. Was the gargoyle the inspiration of the monster that attacks the crew of the spaceship Nostromo?

Reverend Alan Birss of the Abbey takes its existence in stride “I think it was a stonemason having a bit of fun. Perhaps the film was fairly new when they were carving this and if he was thinking of an alien perhaps the alien from the film was his idea of an alien”.

We will maybe never know the true facts about the inspiration of the gargoyles but I’m sure you will agree it’s pretty cool to think that a xenomorph is guarding the walls of Paisley Abbey.

SAY (Scottish Album of the Year) Award opens its vote to the public –...
Scroll to top
Go to mobile version