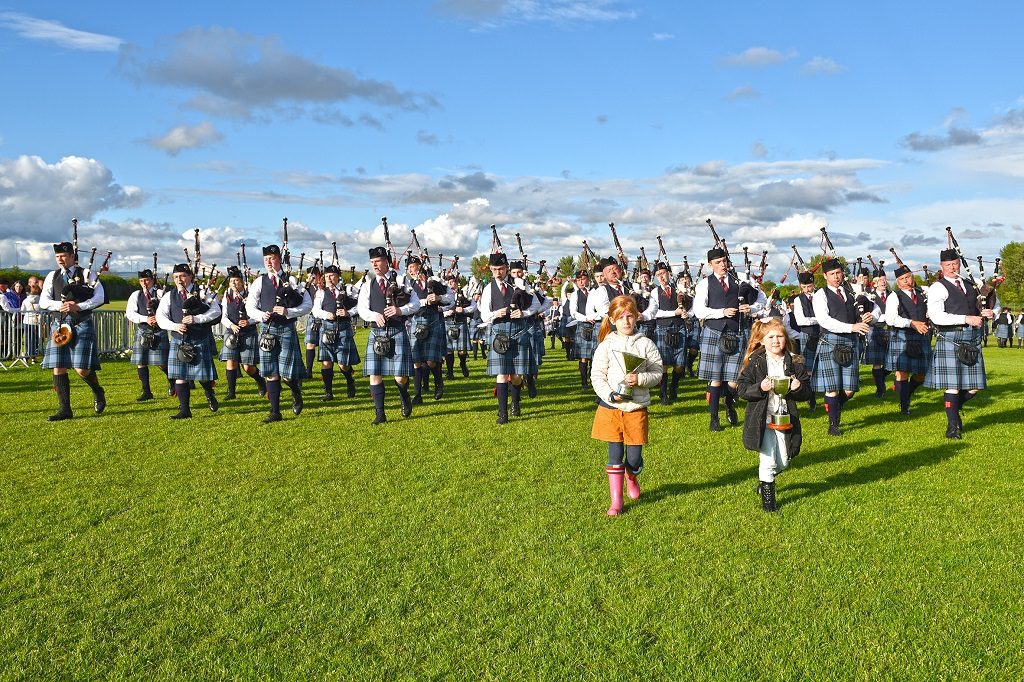 The two Johnstone Pipe Bands have continued their fine start to the season with third places in their respective grades at the British Championships in Paisley at the weekend, the Drum Corps of the Grade 4 band were also runners up in their competition. Grade 2 Pipe Major Keith J Bowes commented, “I was delighted for both bands to make the top 3 in each grade at the first Major of the season and it was great to see such a significant competition come to Renfrewshire, this allowed a lot of our learners to come and watch so many top pipe bands in the world.  Both bands have made a good start to the season but we hope to improve on our performances at the UK championships in a few weeks time. Grade 4 Pipe Major Keith Bowes commented, “It was good to see both bands improve on their placing from last year’s British Championships with creditable 3rd places following competent performances.  We will continue to work hard and look forward to our next competition at Shotts in a couple of weeks and then the UK Championships in Belfast on the 11th June.

For further information on the band’s learner setup please contact the band on 07751 500520.