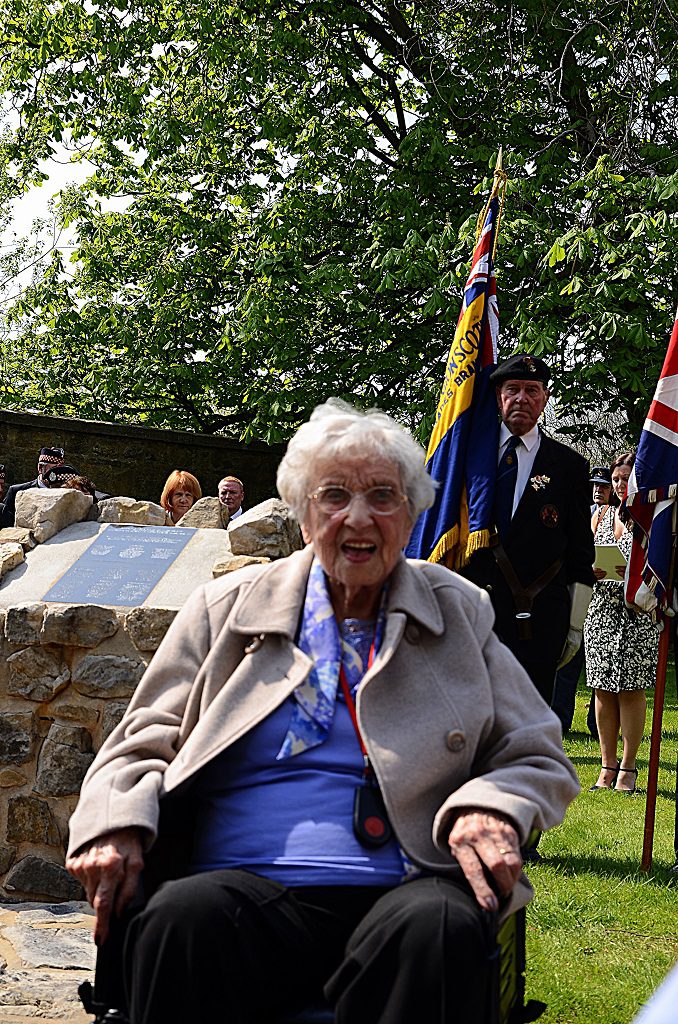 The oldest survivor of Paisley’s worst wartime disaster commemorated the lives of her fallen comrades in a special memorial service. Jenny Enterkin, aged 102, survived the blast that killed 92 of her fellow volunteers working at the Woodside First Aid Post 75 years ago.

Two German parachute mines were dropped over Paisley Cross on the early hours of 6 May 1941. The most deadly hit the First Aid Post, with the other bomb killing two firemen a few streets away.

More than 150 relatives and friends whose loved ones perished in the disaster came to show their respects at the memorial service – held at the Cairn in Woodside Cemetery erected to commemorate the disaster. 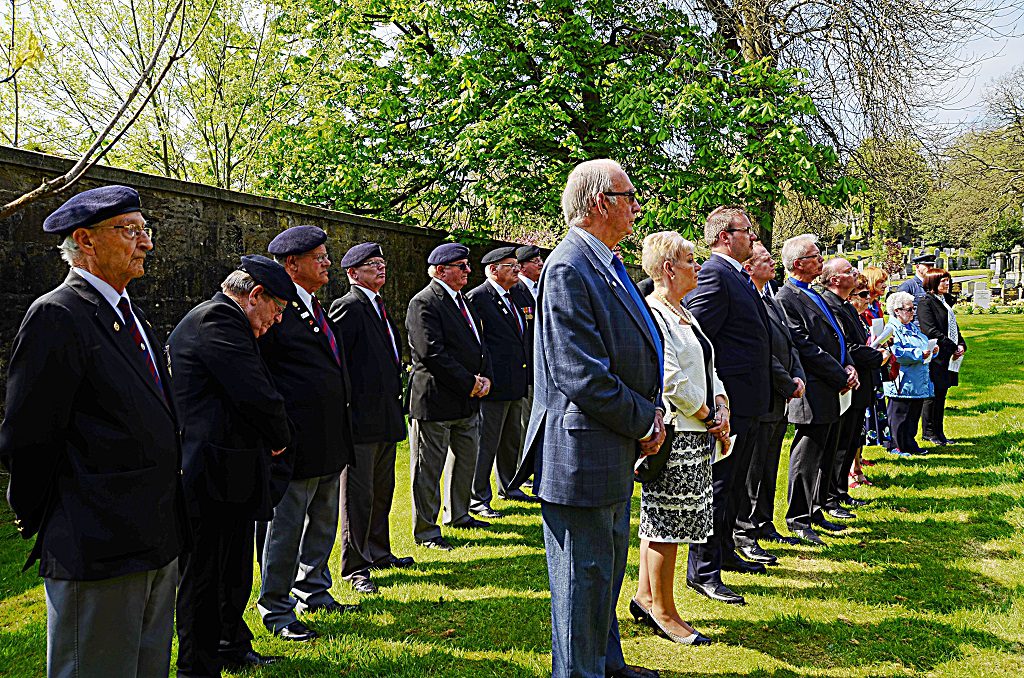 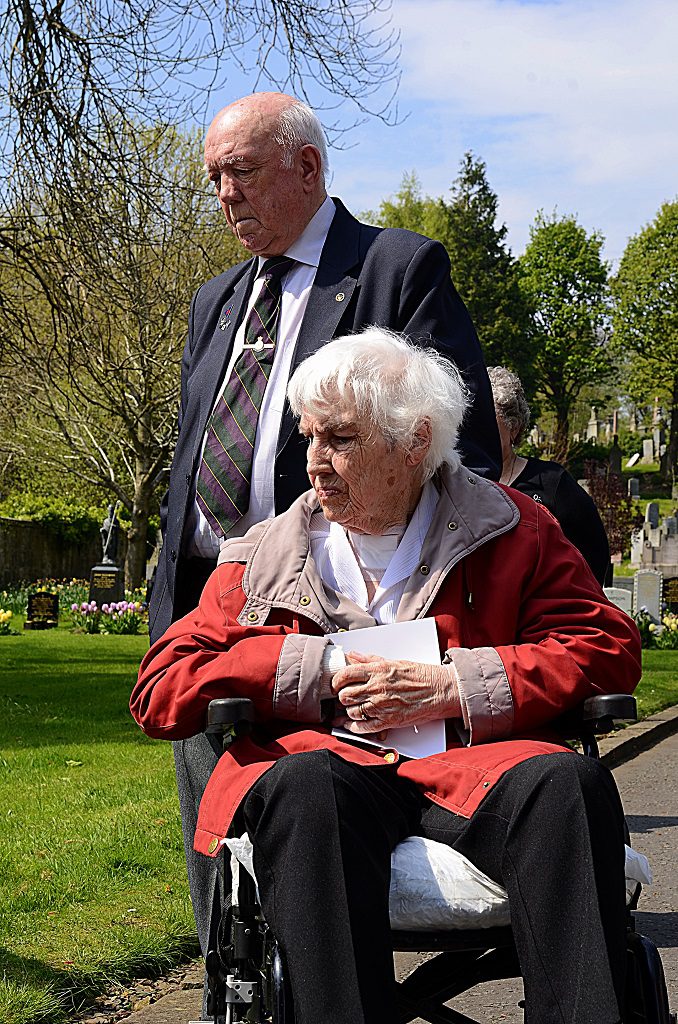 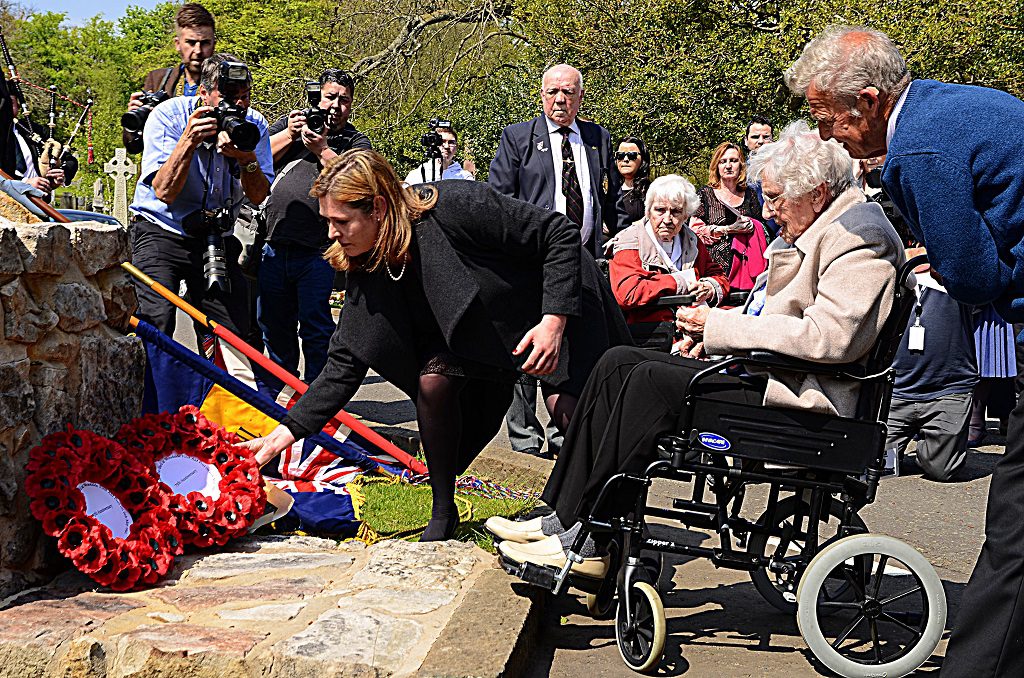 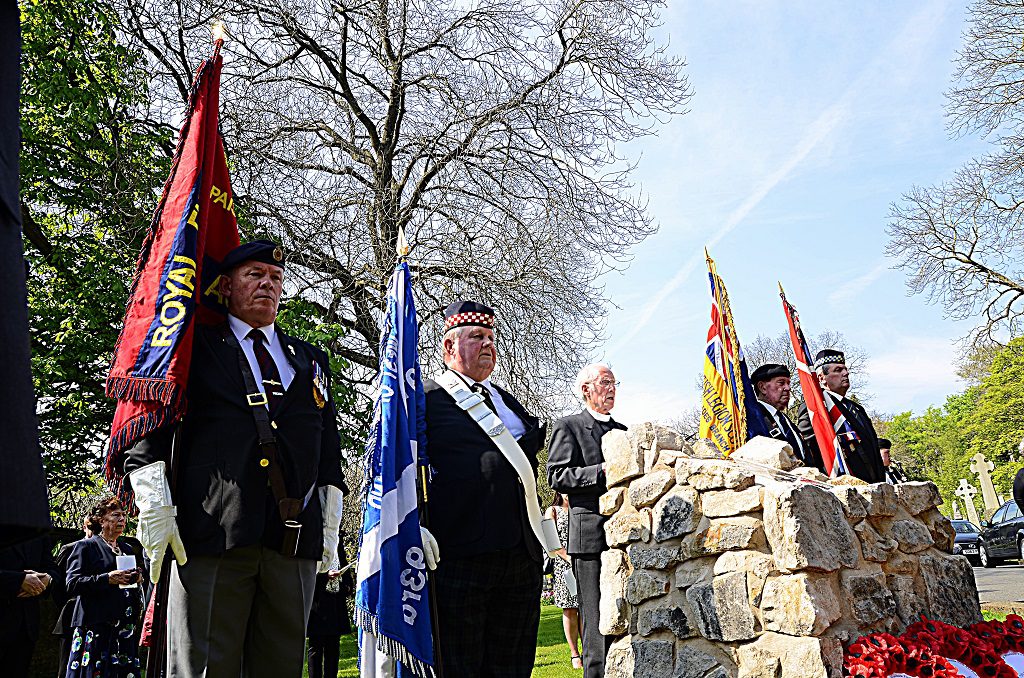 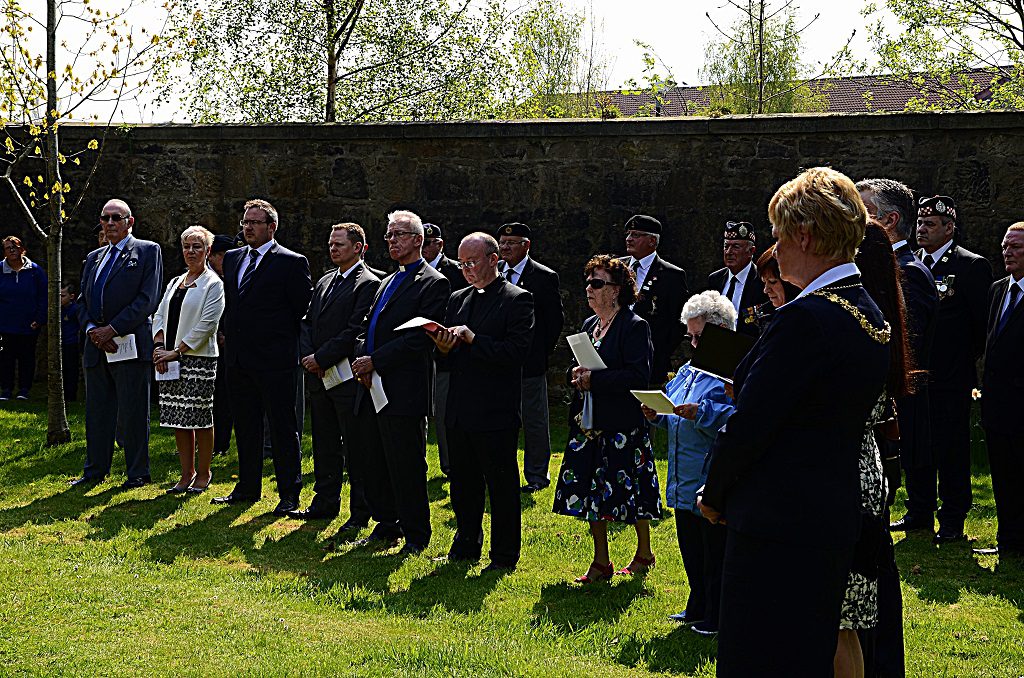 Jenny laid one of three memorial wreaths in memory of those who lost their lives that day.

Renfrewshire’s Provost Anne Hall also laid a wreath on behalf of the people of Renfrewshire. Dr Stella Gibson, whose late father worked as the Chief Medical Officer at the post, laid the final wreath.

The names of those lost in the disaster were read out by Council Leader Mark Macmillan, members of the Board of Woodside Cemetery and community representatives during the service.

James Ferguson, whose father Peter helped emergency services in the aftermath of the bombings and kept a rare memento from the scene – a piece of the parachute cord – also attended the service led by Reverend George Prentice.

Afterwards, people gathered in Paisley’s Martyrs’ Sandyford Church Hall on King Street to share memories over tea and sandwiches – with a special WWII 1940’s theme tea dance, speeches by local historians and live music of the era honouring the lives of those lost.

“They paid the ultimate sacrifice in the fight for freedom that day. By coming together, we honour their lives taken from them that day and keep their memory alive in our hearts.

“The Woodside disaster affected families and friends within the community, many who are gathered here today, and it was moving to hear how they came together to support one another through their grief.

“Anniversaries are always poignant moments of reflection for the community and we should never forget the bravery of the men and women in this tragedy.”

The Woodside First Aid Post memorial service has been organised by the Renfrewshire Family History Society, the Board of Woodside Cemetery and Renfrewshire Council.