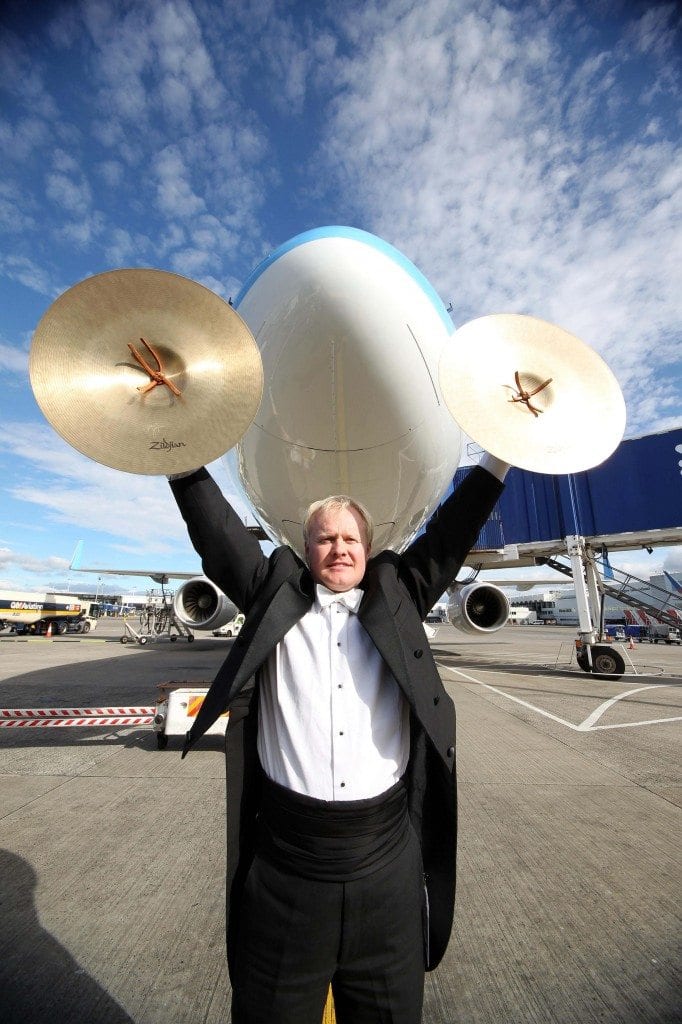 Video of the performance at Glasgow Airport of the Royal Scottish National Orchestra during the September weekend.

Scotland’s national orchestra gave a rousing performance at Glasgow Airport as thousands of passengers took to the skies for the September holiday weekend.

Last year the Orchestra surprised travellers and airport staff in the check-in area with an impromptu rendition of Ravel’s Boléro, an online video of which has been viewed around the world.

The RSNO performance is the culmination of Glasgow Airport’s six week Best of Scotland campaign which has celebrated the best of Scottish food, drink, culture and entertainment.

Amanda McMillan, managing director of Glasgow Airport, said: “We are always looking for ways to entertain our passengers but it doesn’t get more exciting than having Scotland’s national orchestra perform live in the terminal.

“Joining forces with the RSNO for this unique event is a fantastic way to round off our Best of Scotland campaign which proved hugely successful. In addition to highlighting what is great about Scotland, the various events over the last six weeks have created a real buzz in the airport.

“The campaign also provided an opportunity to highlight the fact that we have invested millions of pounds in new retail and catering facilities for our customers over the past 18 months.”

RSNO chief executive Michael Elliott said: “In recent years the RSNO has developed a reputation for taking live orchestral music out of the concert venue and into public spaces. It never fails to surprise me how much of an impact our music can have, especially when performed in unexpected surroundings.

“It’s extremely gratifying to see people new to live orchestral music enjoy the experience with so much enthusiasm. Our thanks go to Glasgow Airport for allowing us to present these performances.”

More than one million passengers passed through the airport during the Best of Scotland campaign, which has showcased some of the country’s most iconic brands and successful exports including Irn Bru, Tunnocks, Mackie’s ice cream and Harris Tweed.

The RSNO performance is one of a series of musical, theatrical and comedic events which have helped to create a carnival atmosphere in the terminal during one of the busiest periods of the year.