There is an otherworldly air to the bosky, half-forgotten Leethland Estate, tucked away like a hidden treasure on the outskirts of Scotland’s largest city, and now being brought to market by Baird Lumsden, the rural property specialists at DM Hall Chartered Surveyors. 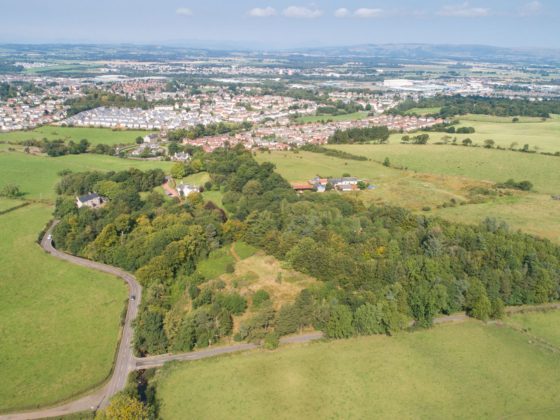 Eight and a half rolling acres of mossy and mature trees, studded with brooding ruins and criss-crossed by meandering burns, glassy pools and tinkling waterfalls are being offered, remarkably, for the price of a one-bedroom flat in nearby Glasgow. 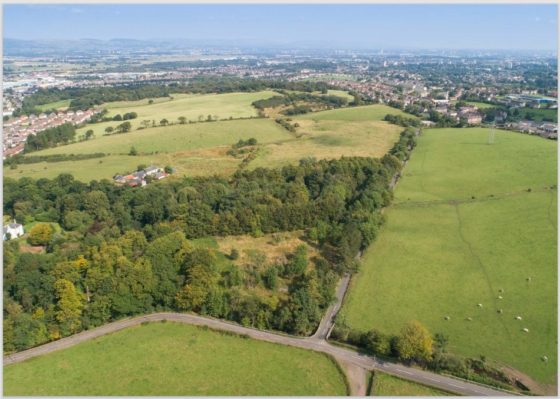 The former historic estate is being presented as a residential development and investment opportunity, and while its buildings are now in a state of terminal dilapidation, it is surrounded by open countryside and fringed on two sides by the Patrick Water.

It lies in the heart of the Green Belt at Elderslie, Renfrewshire – birthplace of Scottish warrior William Wallace, and in a county in which house prices have soared as a consequence of the pandemic and Land and Buildings Transaction Tax holidays.

The only remaining structures at Leethland are the remains of a once-grand estate house built in the Thirties which ran to 21 rooms, a ruined lodge house and the remnants of what was once a gardener’s cottage.

Leethland was bought in 1931 by James McMurchy Greenlees, a wealthy coal exporter and his wife Grace McFarlane Darling. Greenlees was related to the J&P Coats dynasty of Paisley. The rambling villa, in an L-shaped plan, was built by architect Harry Cook, of Paisley.

Leethland was previously listed but the listing was removed in 2019 by Historic Scotland. It is not the subject of any biodiversity or landscape designations. It does, however, contain many mature trees, which may limit the scope of development on the site.

Because the site is in the Green Belt, this also limits its development prospects. However, as a previously developed site, it does have potential, and the extent of this can be discussed with Renfrewshire Council, or by contacting Paul Houghton, Director of Planning at DM Hall.

Offers over £175,000 are invited and should be directed to Jennifer Campbell, of Baird Lumsden at DM Hall.