THE oldest swimmer at Renfrew’s Victory Baths can’t wait to dive into the history of the swimming pool. 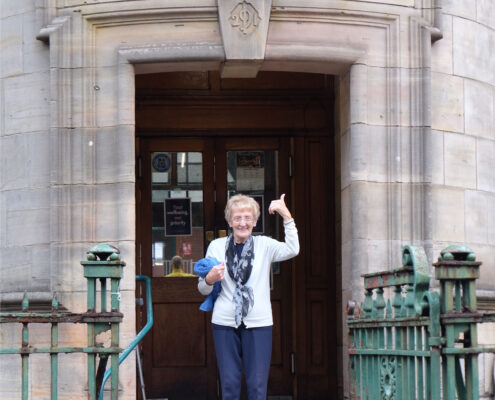 An exhibition to mark the Victory Baths’ centenary opens on Sunday, September 19 and 92-year-old Meg Main is looking forward to finding out all about the place she describes as her “second home”. 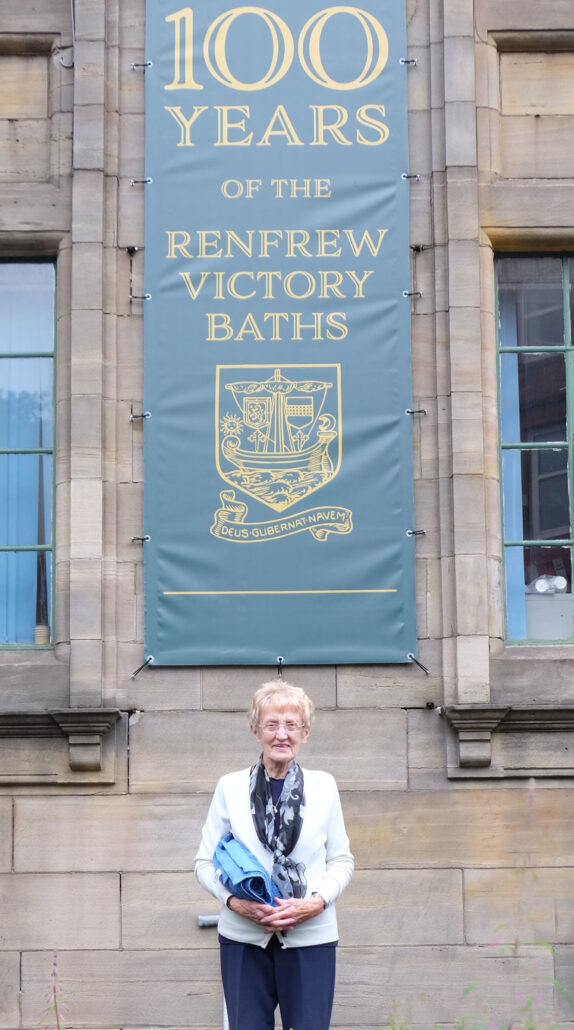 Meg has been visiting the pool for decades and is well-known as the water aerobics instructor to members of the Victory Baths’ Over 50s Club – up until the start of Covid restrictions a role she has carried out for more than 20 years.

The exhibition at the pool begins on September 19  – the date in 1921 the baths were officially opened – and apart from the public holiday on September 24, runs every day until September 26.

Meg, from Renfrew said: “Having an exhibition to celebrate the centenary of the baths is a great idea and a lot of people will be interested in its history.

“We’ll find out how the baths were built for the people of Renfrew and how the baths have benefitted their health over the years.”

Meg added: “Renfrew Baths has been like a second home to me over the years and there were times I would come here five days a week.

“Swimming helps you relax as well as giving you exercise. You can also meet lots of people and make new friends if you’re a regular at the pool.”

The baths were gifted to the town by shipbuilder and government minister, Sir Frederick Lobnitz who along with his wife, Lady Lobnitz and Lady Blythswood conducted the opening ceremony watch by crowds of locals.

Following Covid regulations, tours must be booked for Test and Protect purposes and are limited to ten places per tour. Face masks must be worn unless exempt.

To help celebrate the centenary, Renfrewshire Leisure is reducing the charge for swimmers to 100p (£1) per swim and £4 for a family swim at the Victory Baths, on its actual anniversary day, Sunday September 19.

Claire Carlton, a receptionist and swimming teacher from Renfrew Baths involved in the exhibition, said: “Meg is a legend around the Victory Baths and lots of people know her. She’s a real character and a great example to everyone the way she has kept active.

“As Meg says herself, the exhibition will be very popular as the pool has a very interesting history with many unusual stories being told during the event.”

More information about Renfrewshire Leisure’s pools and how to book swim sessions can be found here www.renfrewshireleisure.com.