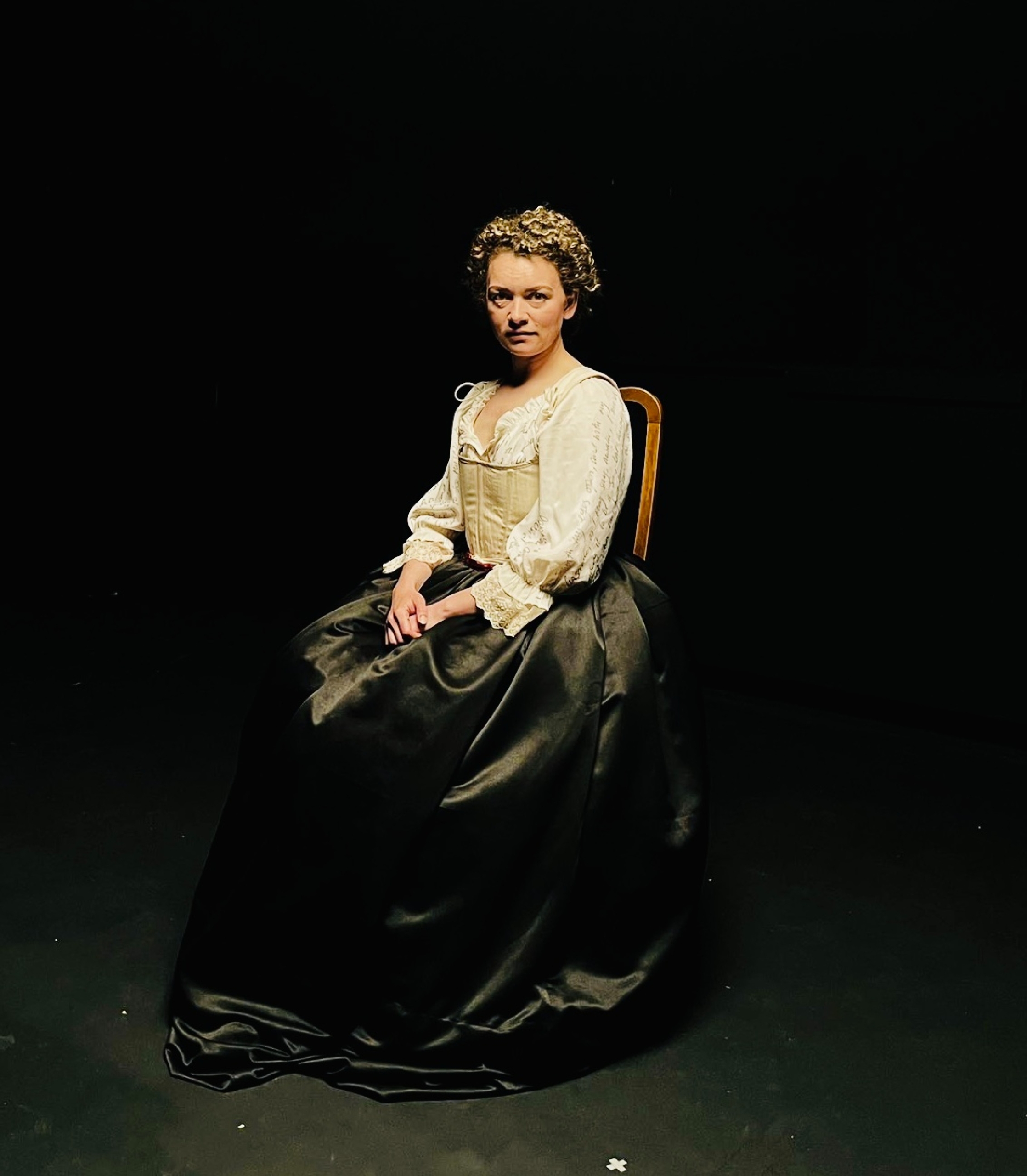 A classic 18th Century novel has been transformed into a play for the first time and will be broadcast in a unique performance in Paisley.

Roxana – described as a morality tale like no other – will be available to enjoy online for five days from August 30 in a performance specially-commissioned for Paisley Book Festival. 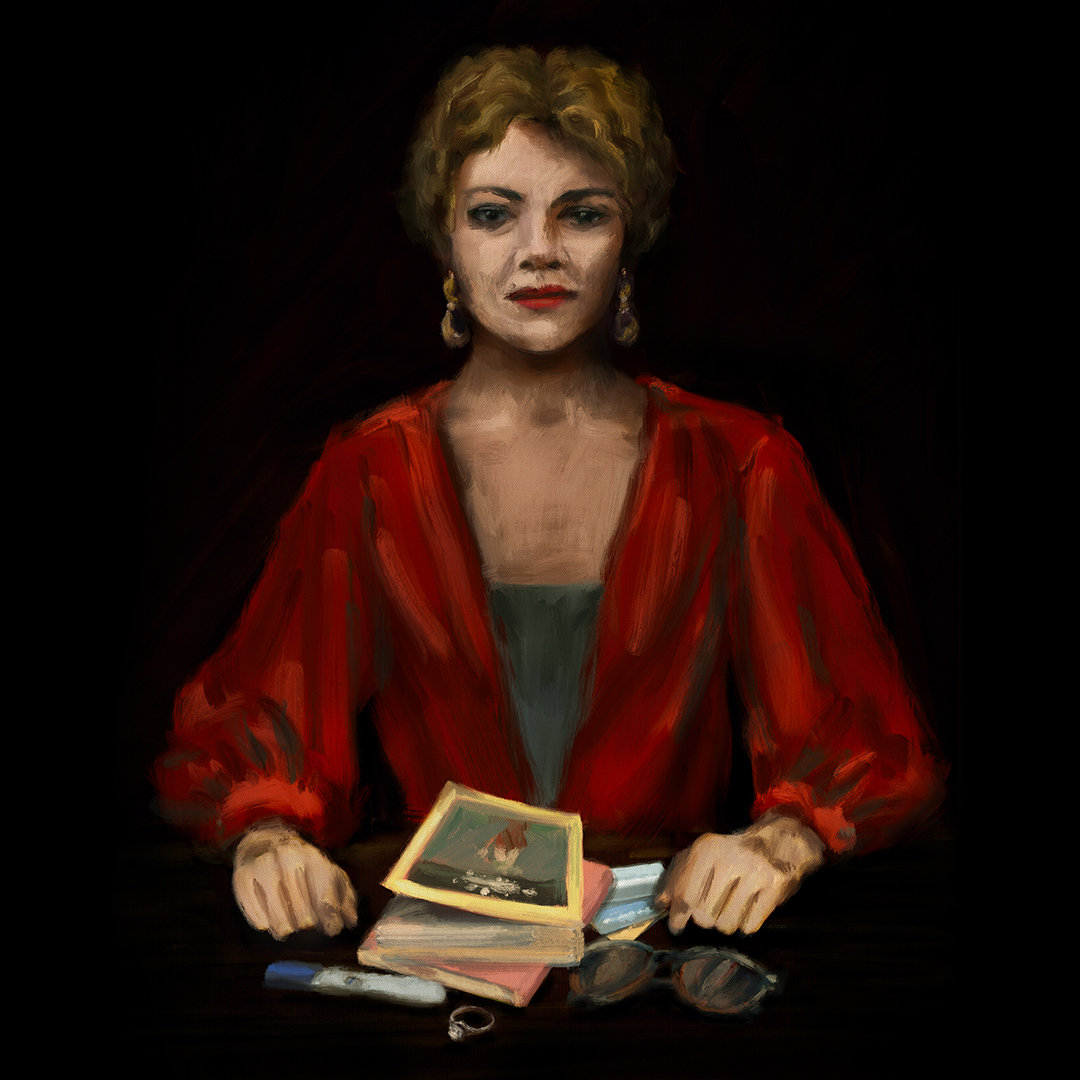 Described as a “fast-paced and socially critical new play” it has been adapted by playwright Laurie Motherwell from writer and social commentator Daniel Defoe’s novel of the same name.

It had been intended as a live performance to run over several nights at the Secret Collection in Paisley as part of the festival in February.

But, not to be beaten by the Covd-19 pandemic, its cast and crew have brought the production to life in a part-theatre, part-film format shot at the Secret Collection, Paisley Arts Centre and on location in the town, at Bailey’s Antiques on the High Street and at the Architectural Salvage Yard on McGowan Street.

Roxana follows the life of its title character – a wife, mistress, mother, opportunist and friend – and her maid Amy in what’s billed “as scandalous an adventure as you could find and a morality tale like no other”.

It brings Defoe’s 1724 novel and its surprisingly contemporary debates on marriage, wealth, sexuality and autonomy to the digital stage in a provocative re-telling of their journey as they grapple with the world and the choices they have to make.

Directed by Shilpa T-Hyland this unique online story has been created as a special one-off Paisley Book Festival event as a co-production with Renfrewshire Leisure Arts and Museums and Paisley Book Festival. It is made possible with support from Creative Scotland and Future Paisley.

Laurie Motherwell said: “The challenge of adapting Roxana doesn’t only come from taking an old, and at times what felt like an impenetrable, novel to adapt it for the stage. But also the complex discussions it brings up. Authorship and narrative are key. It felt strange and vulnerable to be examining my relationship to that as the writer.

“Shilpa asked me to adapt this novel back in 2015 and I jumped at it – because I wanted to make work; To challenge myself. Who would have known in 2015 that this hybrid version of this play is how it will be seen?

“I don’t think I truly appreciated Roxana being ever-present in my life before now. I will be forever grateful to this incredible team who have given me their support, and the opportunity to bring this re-imagining of Roxana to life. I hope we’ve done Defoe justice. But more importantly that we’ve also done Amy and Roxana justice too.”

Defoe’s original text is surprisingly subversive, including philosophical musings on ethics, and cause and effect. Motherwell’s adaptation takes the novel’s controversial beginnings along with both Defoe’s triumphs and failures in writing a challenging female narrative as inspiration for his play. The result is a raucous adventure tale with a searing commentary on the responsibilities of authorship and what it means to judge a life which is as relevant now as it was 300 years ago.

Shilpa T-Hyland said: “I read Roxana by Daniel Defoe on a literature course in 2012 and was struck by Defoe’s ambiguous ending. Neither morally smiting of his strong willed protagonist, nor celebratory of her, he settles for a vague cause and effect ending.

“After reading a variety of other moralistic endings imposed by editors of later additions I became obsessed with a notion of what Defoe might have been close to writing but ultimately couldn’t. What would an ending have looked like which celebrated Roxana and her maid Amy? Enshrining their philosophical conversations and outrageous social climbing in protofeminist fame?

“I asked Laurie to adapt the book for stage. Together I thought we might walk in the footsteps of Defoe and Roxana and create a new ending. Six years and many drafts later, I wonder if my original instinct to re-end the story positively was just as flawed.

“This process of finally finishing and staging the play in a theatre/film hybrid, in a time of such artistic uncertainty, has given me a new appreciation for the right to choice.

“Roxana is an incredibly flawed character; sometimes brilliant, sometimes cruel, ever human. She is not necessarily a good human or a good feminist but I hope that what we have inherited from Defoe and enshrined in this adaptation is that freedom is the right to choice. The outcome of those choices are up to the individual, society and a little bit of fate.”

Speaking of the process of experimenting with theatre and film hybridity as a result of the coronavirus pandemic and the restrictions it has posted on the performing arts, the director added: “I hope if nothing else the joy of collaboration and experimentation shows in this work, filmed over a single week in an empty theatre, an antique shop, a salvage yard, and a museum archive. We have all wrestled with Roxana’s complicated story, I hope you will enjoy doing so as much as we did.”

Roxana’s creation is in itself a story of resilience, being artistically stubborn in the face of overwhelming challenge, and an experiment in how to continue to create work, employ artists and offer cultural content in the context of the ongoing pandemic.

Councillor Lisa-Marie Hughes, Chair of Renfrewshire Leisure, said:  “I am very much looking forward to seeing this performance and commend how the cast and crew have acted so innovatively – and safely – to create this production in once unthinkable circumstances. I take my hat off to their incredible determination.

“The fact that we have been able to commission this work – whether it had been on stage or as it is now – stands as tremendous testament to the high regard with which Paisley Book Festival is now held.”

Paisley Book Festival was staged as an online showcase in February, selling out events enjoyed by more than 8,700 people.

Registration to view the Roxana broadcast will be free and can be booked online via https://paisleybookfest.com/ . The broadcast will go live from 3pm on August 30 and will be available to view until Saturday, September 4th.

Glasgow News? Daily Updates part of our network
So, you think you’re an ‘Entrepreneur’?

The benefits of playing Online Slots
Scroll to top