Five Primary school teams made up of P6 and P7 pupils have won their way into playing in a Renfrewshire Division of the prestigious Jr. NBA tournament.

The Jr. NBA tournament is played in 70 countries all round the world with 26 million young people taking part.

The local Primary school teams who won through the qualifying rounds locally were Howwood, Heriot, St Fillan’s, Lochfield and Kirklandneuk.

And pupils attended a special coaching session and draft ceremony at Paisley’s Lagoon Leisure Centre to be told which top American teams from the National Basketball Association’s Pacific Division whose name they will take. Each pupil was also presented with a basketball top of the team they will play as.

Howwood Primary will play as the Phoenix Sons; Heriot will be the Sacramento Kings; St Fillan’s, the Golden State Warriors; Lochfield, the LA Lakers and Kirkandneuk will be the LA Clippers. 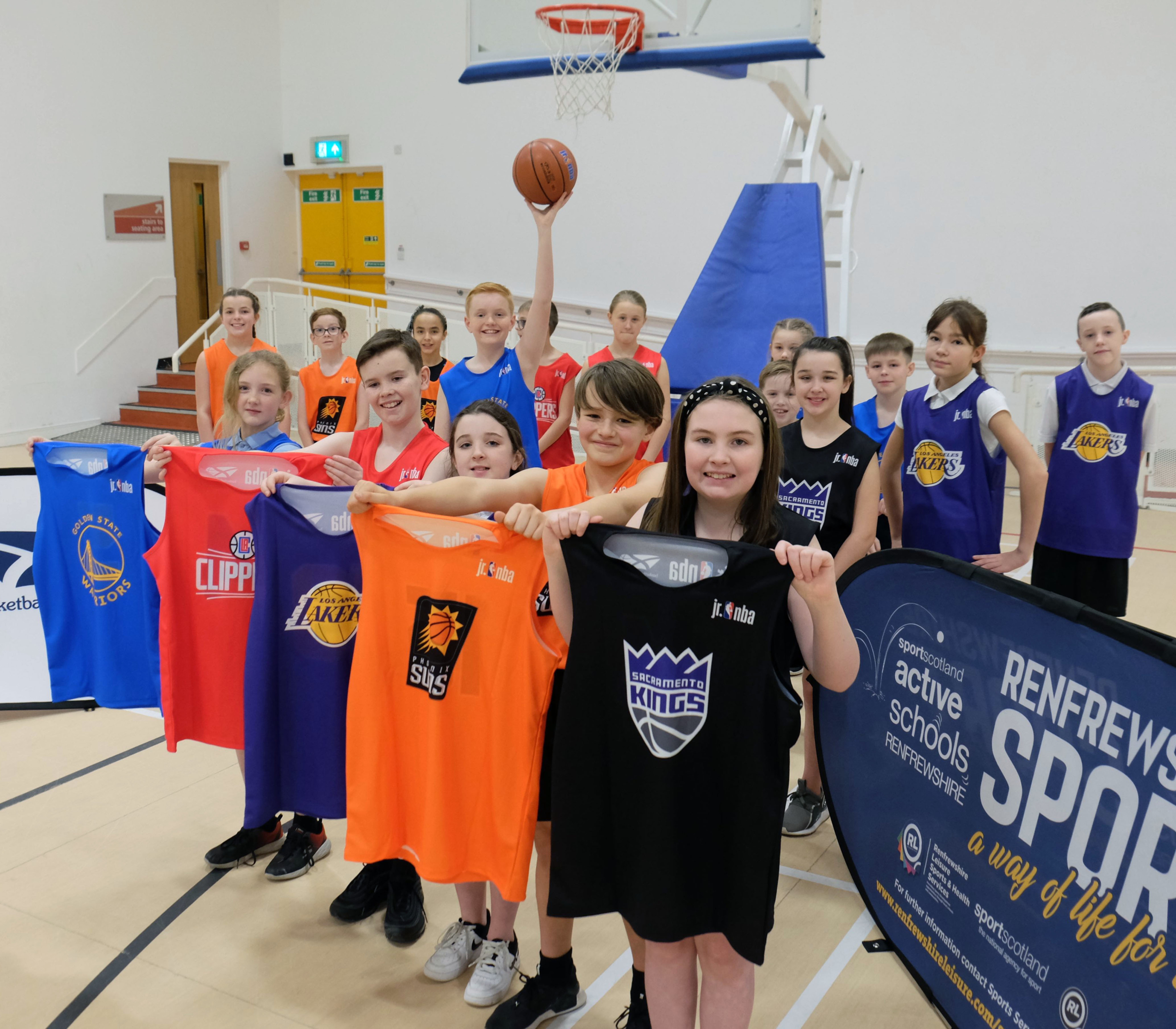 All the teams are mixed gender and must have at least five girls and five boys in their squad. The competition is being staged locally by Renfrewshire Leisure, along with the BasketballPaisley organisation.

Over the next two months the teams will play each other and the top two will go on to compete against teams from Glasgow and Ayrshire primary schools and the best two teams from that round will play teams from around Scotland.

After the all-Scotland round the basketballscotland umbrella organisation will chose two pupils to go forward to the European trials to become part of a European and Middle East team to compete in the Jr. NBA Global Championships.

Renfrewshire Leisure chairperson, Councillor Lisa-Marie Hughes said: “This is a great opportunity for local pupils to take part in a tournament that will be replicated in many countries around the world.

“The young people were very excited to eventually find out which of the professional American basketball teams they would be playing as. And it got even better when they were presented with their tops that are exact replicas of the ones the American superstar players wear.”