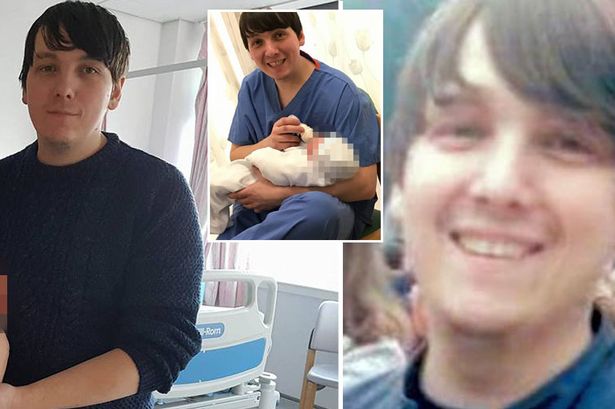 INQUIRIES MUST BE AUTOMATIC IN TAG MURDERS

However, Craig’s father Michael and Neil Bibby MSP also believe families shouldn’t have to plead for an inquiry in such tragic circumstances – it should be automatic.

Craig McClelland was murdered in an unprovoked attack by a convicted knife criminal who was unlawfully at large, having breached his home detention curfew and broken his electronic tag. The man convicted of his murder last year had been at large for five months at the time of the attack in Paisley.

Calls for an independent public inquiry into the circumstances leading to the death have so far been blocked by Justice Secretary Humza Yousaf. Now the family have written to the Lord Advocate asking for a Fatal Accident Inquiry and Neil Bibby MSP is proposing amendments to the Management of Offenders Bill to enshrine their right to an inquiry in law.

“As a family we will not have any confidence in the system, until lessons are fully learned.

“Process reviews are not good enough – there should be a full independent inquiry and we have said this to Humza Yousaf and the Lord Advocate.

“We need answers to why this happened to Craig and the public need to feel safe and have trust in those who are supposed to protect us.

“So far our calls have been ignored and the Justice Secretary is blocking a public inquiry for no good reason.

“We should not have to plead for an inquiry, it should happen automatically.

“If Humza Yousaf and the Lord Advocate can’t see the need for an inquiry in cases like these then the matter should be taken out of their hands. “The law must be changed and it’s down to MSPs to make sure this happens.”

“No family should have to go through what Craig’s have. It is critical that confidence is restored in the system and this cannot happen until lessons are learned.

“This is why it is so important that a full and independent inquiry takes place into the failures that led to this tragic murder.

“The Justice Secretary is resisting a public inquiry into the case for no reason whatsoever, leaving Craig’s family devastated. The Lord Advocate has the power to instruct a Fatal Accident Inquiry and the family are now asking him to do so.

“There would be no question of ordering an inquiry if a prisoner were to kill another behind bars. It should be mandatory that an independent inquiry is triggered whenever a prisoner causes a death while out on a tag.

“I will seek to amend the Management of Offenders Bill to ensure that Craig’s family and any other family put in this awful position can get the answers they deserve by making an independent inquiry a legal requirement. Families shouldn’t have to plead for action – an inquiry should be automatic.”

Murder of Craig McClelland – independent inquiry should be a legal right:

We, the family of Craig McClelland, demand:

Why is this important?

Craig McClelland, a loving father of three, was murdered in an unprovoked attack in his hometown of Paisley by a convicted knife criminal who had no right to be there. It could have been any one of us.

Craig’s murderer was on the run, having removed an electronic tag and breached a Home Detention Curfew, and he had been at large for five months. We believe that the Scottish Government, Scottish Prisons Service and Police Scotland all have questions to answer about Craig’s death but our calls for a full inquiry have been blocked by the Justice Secretary, Humza Yousaf MSP for no good reason.

We‘re still in the dark as to why Craig’s murderer was free when he should have been behind bars. We still don’t know why he was at large for months and why he was never caught. It still makes no sense.

Nothing will bring Craig back. The actions of one man mean he is lost to us forever. No one can change that and now three little children will grow up without a dad.

We believe a full independent inquiry is the only way to get the answers we need as a family. But we don’t want another family to go through what we have. We want to stop this happening to other families and to do that lessons must be fully learned.

We were promised answers by the Scottish Government but we still don’t have them.

If Scotland’s Justice Secretary or Lord Advocate can’t see why an inquiry is needed then the matter should be taken out of their hands.

The Management of Offenders Bill is going through the Scottish Parliament right now. MSPs should make it mandatory to have an independent inquiry whenever a prisoner on an HDC kills a law-abiding member of the public. If a prisoner kills another prisoner there would be a Fatal Accident Inquiry so why will families like ours not get one? This needs to change.

Tell the Justice Secretary, tell the Lord Advocate and tell MSPs that you are with us by signing this petition.

Please support our call for an inquiry into the circumstances that led to Craig’s death and changes in the law.