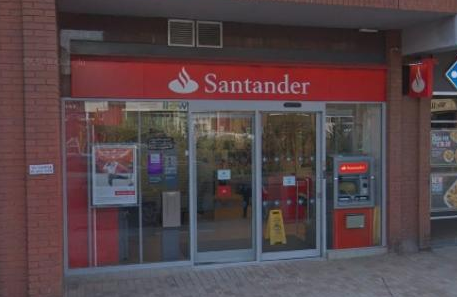 Notice has just been given that Santander will close their doors to the town of Renfrew on 18th July 2019.

Gavin Newlands, SNP MP for Paisley and Renfrewshire North, has hit out at Santander’s decision to close 140 branches, including the branch in Renfrew.

Santander announced this morning that they would be closing many branches across the UK, with very little explanation, including the Renfrew branch, and are unlikely to have considered how easy the access to other nearby branches are- with the nearest being Paisley High Street and Glasgow Argyle Street.

Part of their explanation for the closure was that local Post Offices now provide many basic banking services. However, this is often financially draining for them as it requires important resources to be used and employee time.

After learning of the planned closures Newlands commented:

“I was deeply concerned to learn of the imminent closure of the Renfrew Santander branch as 1 of 140 closures across the UK. This is certainly a disappointing situation for Santander customers in Renfrew and the surrounding area, but will be a body blow to the branch employees themselves.

Despite moves towards online and telephone banking, people, particularly the elderly, still need access to physical bank branches. In writing to Santander to express my dismay at the closure I have asked if they have taken this fully into account before deciding to close the branch.

In their explanation, Santander cited that Post Offices now provide many basic banking services. However, carrying out these services puts a serious financial strain on Post Offices as the paltry fees they receive for their work doesn’t cover the actual cost of providing the service. We cannot expect our local Post Offices to pick up the slack for large banks that up sticks and close their branches. I strongly urge Santander to reconsider this closure.”

CBI WARNS THAT NO DEAL BREXIT WOULD BE “DEVASTATING” FOR SCOTLAND’S E...