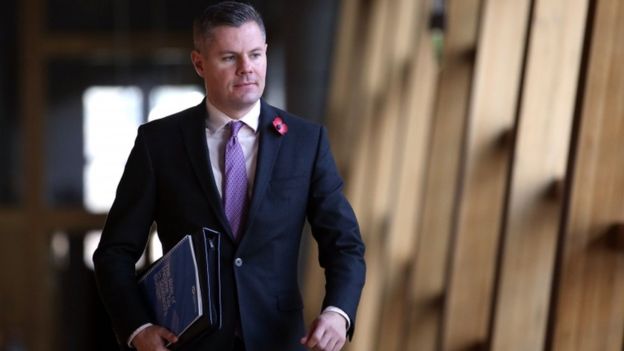 Finance Secretary and Renfrewshire MSP Derek Mackay has announced the date of the next Scottish Budget.

“In normal circumstances, the Scottish Government is provided with 10 weeks’ notice from the UK Government of its budget date, however the announcement by the Chancellor on 26 September provides less than five weeks’ notice of the date of the UK budget.

“The Scottish Budget date of 12 December has been agreed with the Scottish Parliament’s Finance & Constitution Committee to allow due consideration of the necessary 10 week Scottish Fiscal Commission lead times and the need for Parliament Subject Committees to complete their pre-budget scrutiny.

“I look forward to working with the Finance Committee and the Parliament to secure a budget that will work for Scotland.”