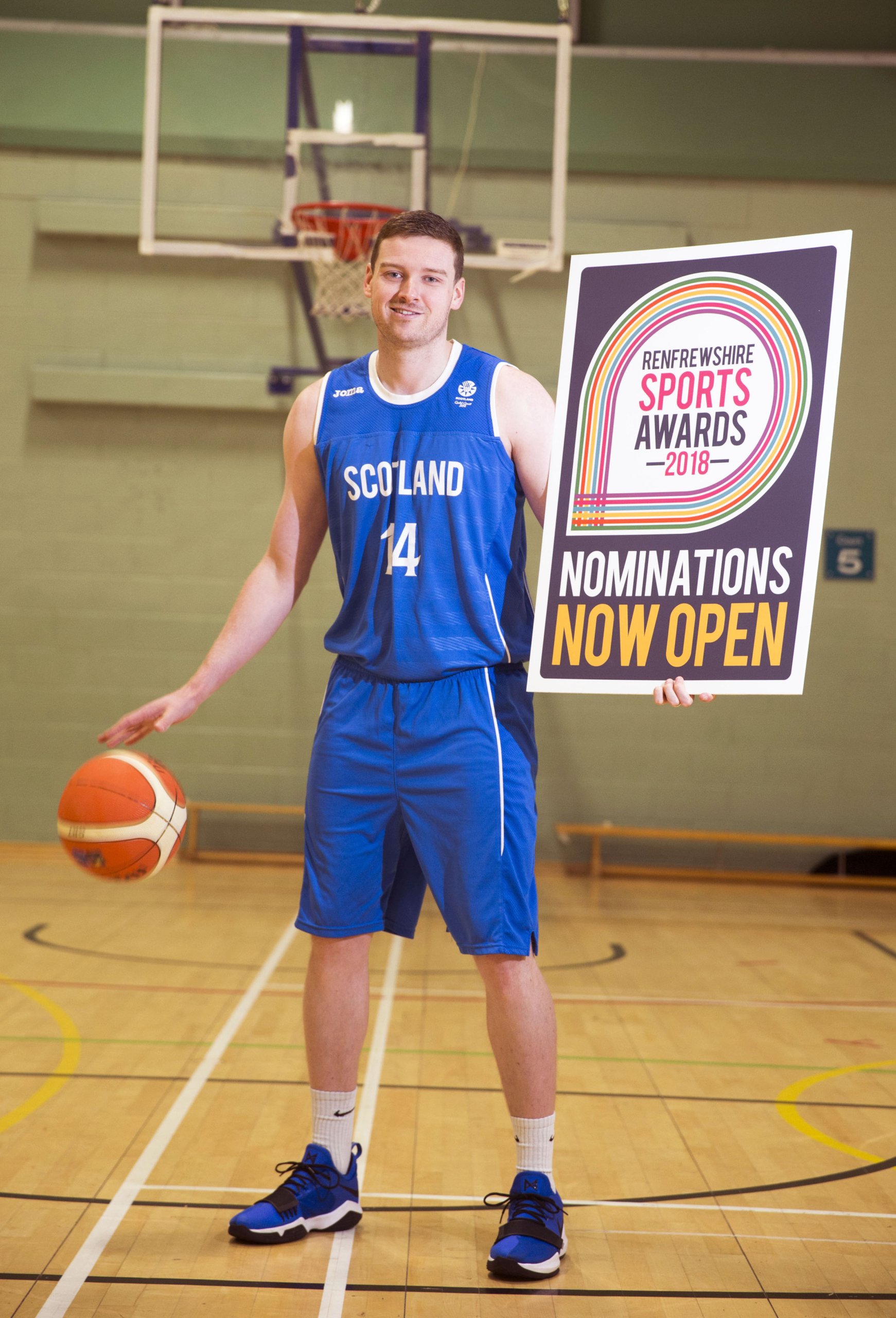 SCOTLAND basketball star, Chris Cleary reckons we should be hoop-ing praise on the unsung heroes of sport.

Chris – who recently returned from Australia’s Gold Coast where he and his team mates narrowly missed out on a bronze medal – is urging people to nominate those who deserve an accolade in the Renfrewshire Sports Awards 2018.

These awards, organised by Renfrewshire Leisure, aim to showcase the dedication and hard work of local sports club coaches, volunteers, officials and those taking part in sport. Nominations are open until June 29. Chris, who works for Renfrewshire Leisure as an Active Schools and Community Club Officer said: “I started playing basketball when I was 16 and at Gryffe High School, in Houston, Renfrewshire.
“One of our PE teachers there was Lindsay Lang who started a basketball club in Paisley and my sporting career really took off when he encouraged me to join. That was my pathway into the sport of basketball. 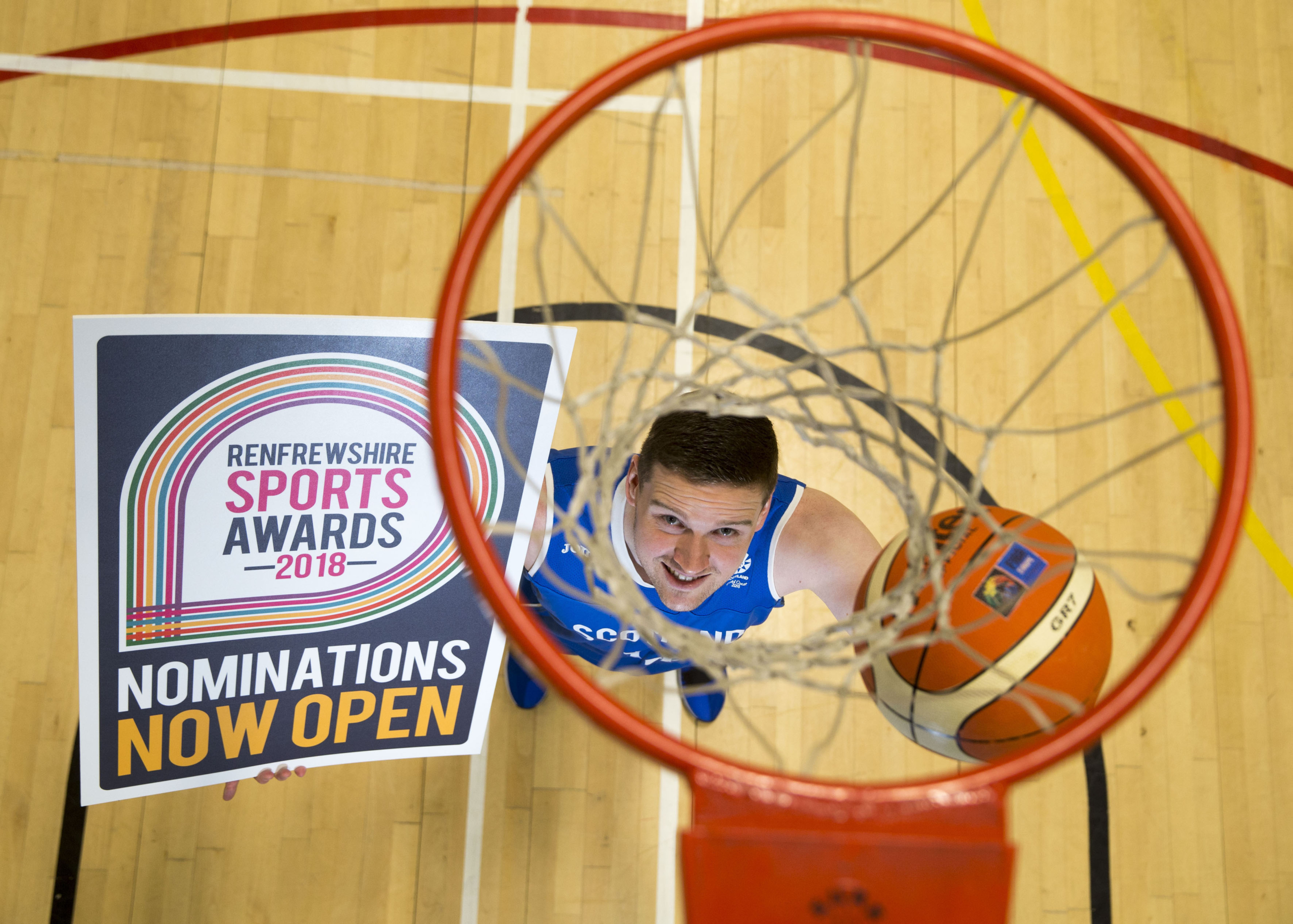 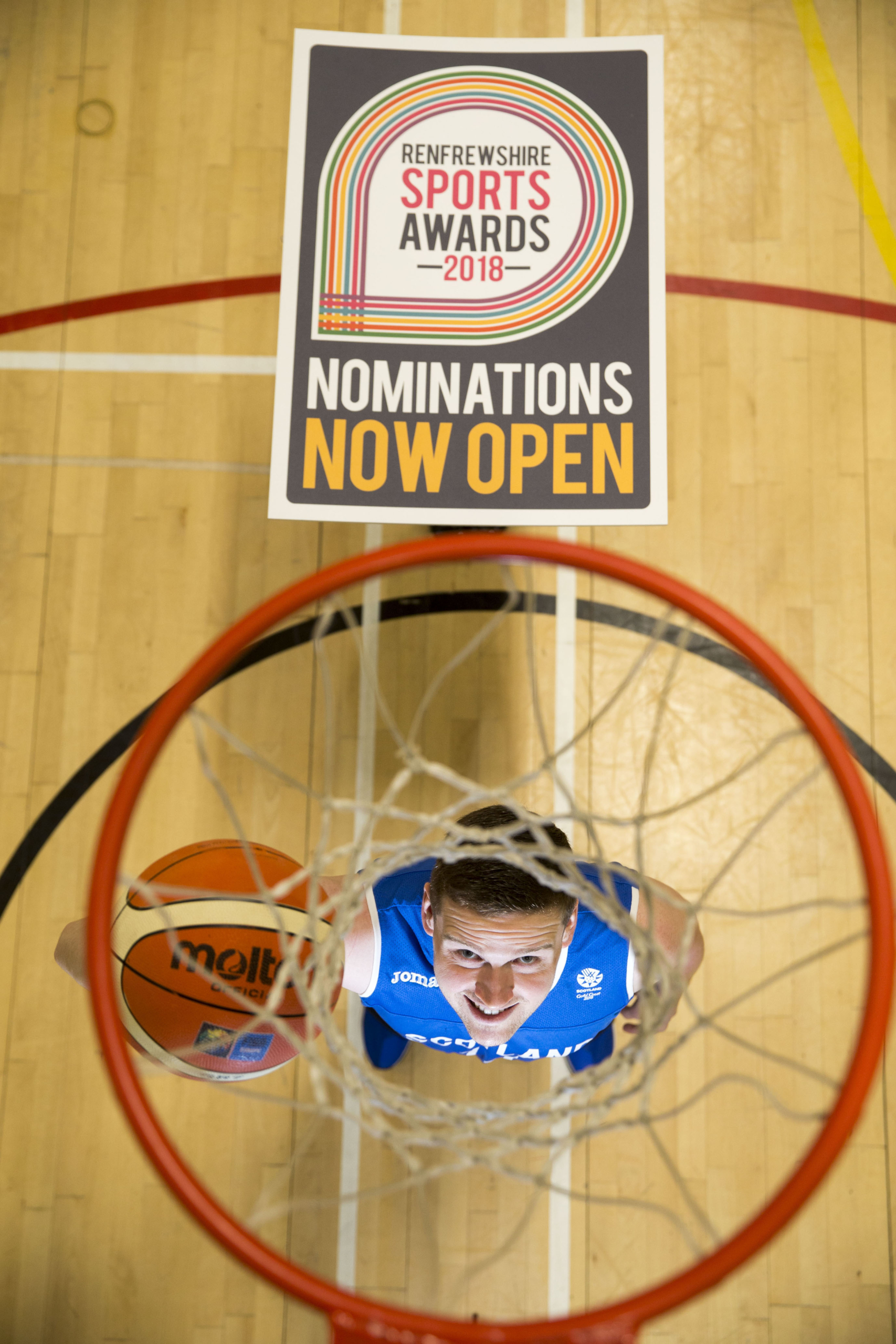 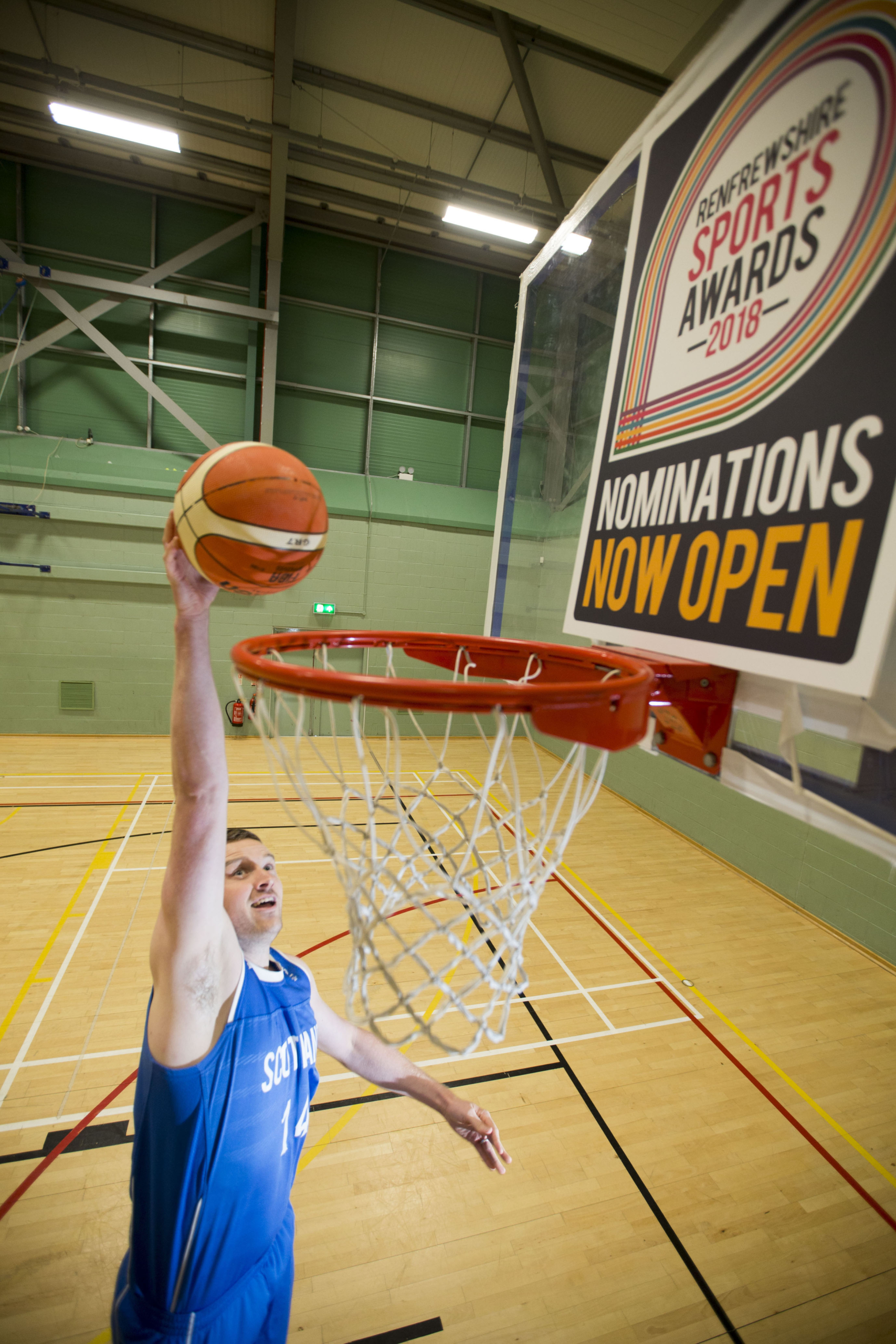 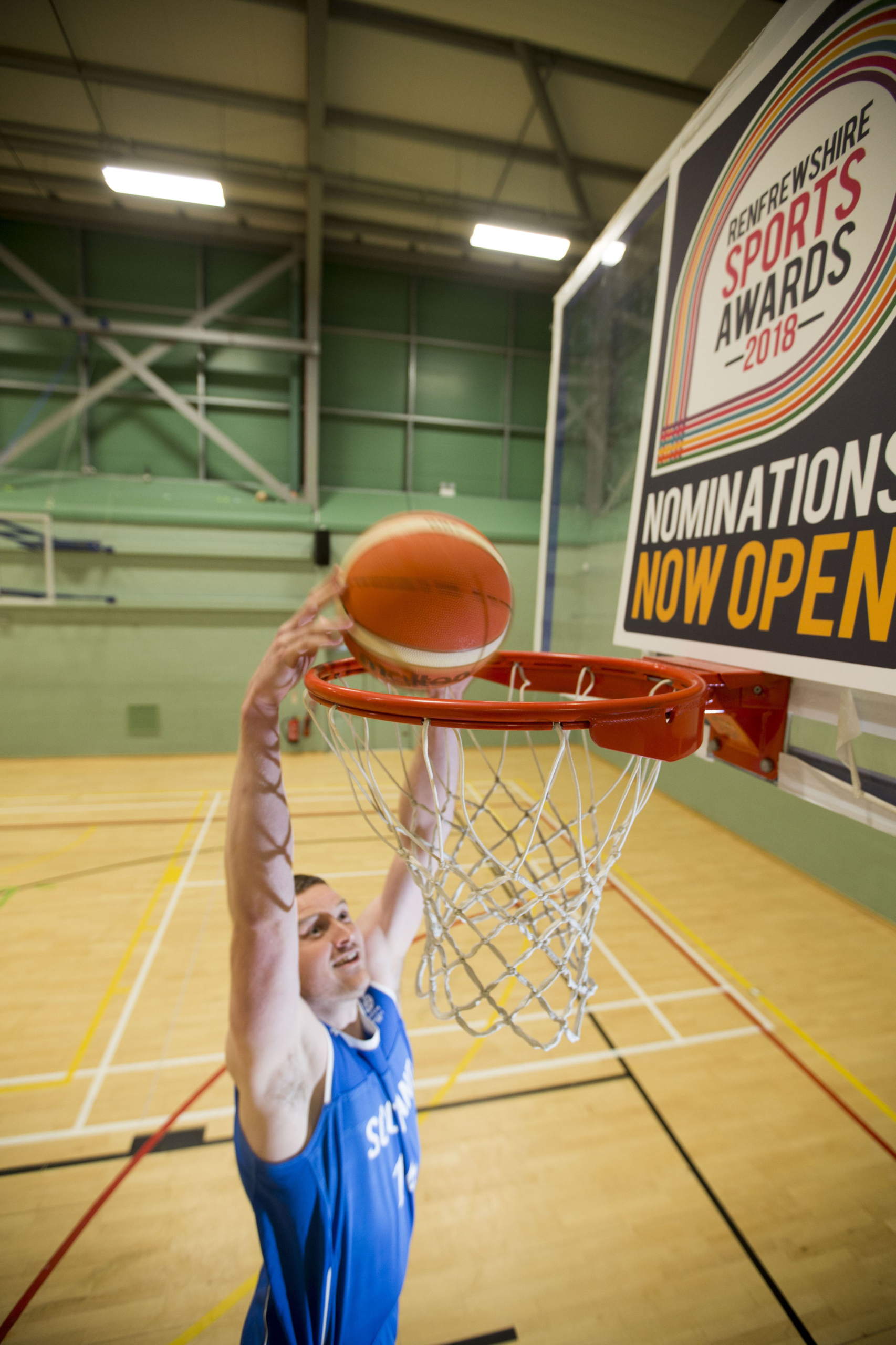 “It’s thanks to people like Lindsay who devote so much of their time to running sports clubs that young people get the chance to develop their skills.”

Chris added: “There are lots of unsung heroes of sport out there and I think it’s time they got some recognition. I’d encourage people involved in sport to nominate someone who deserves an award.”
Joyce McKellar, chief executive of Renfrewshire Leisure said: “Without the dedication of the many people who give up their time to help run teams, sports clubs, or coach young people, there wouldn’t be the same sporting opportunities for everyone else.

“Tell us who these people are and we’ll give them the recognition they deserve.”
Log on to www.renfrewshireleisure.com/sports_awards  awards to nominate someone for an award.

Mackay: Scottish Social Security System will be built on Dignity and Respec...
Scroll to top