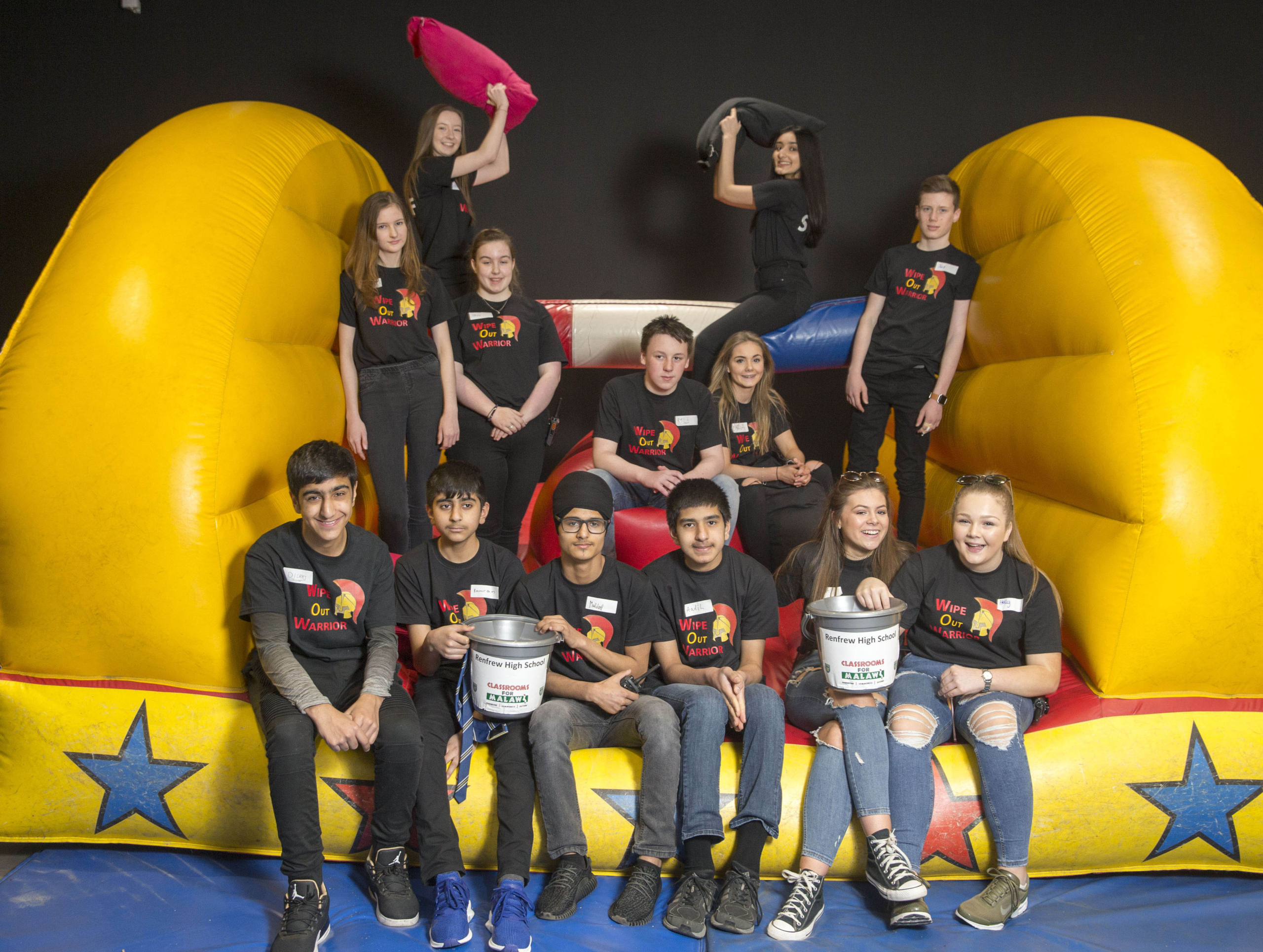 STUDENTS who won an Apprentice-style challenge at intu Braehead have seen their business idea become a reality.

Pupils from Renfrew High School staged a Wipe Out Warrior event in Soar at intu Braehead at the weekend with profits being donated to the Classrooms for Malawi charity.

Visitors were given the chance to take part in a fun contest where two people sit on a giant pole facing each other above an inflatable landing pad and they try to knock each other off using a pillow. 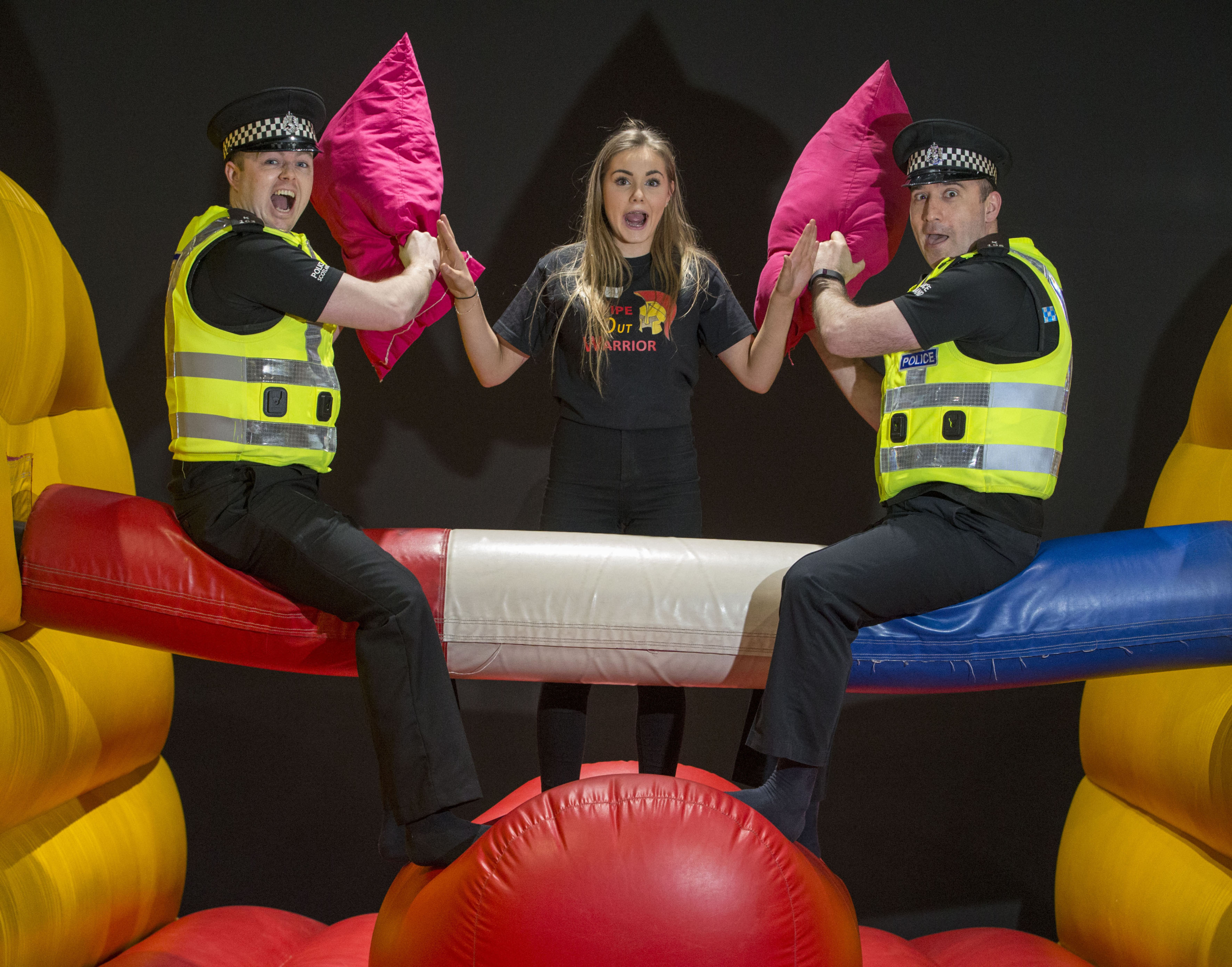 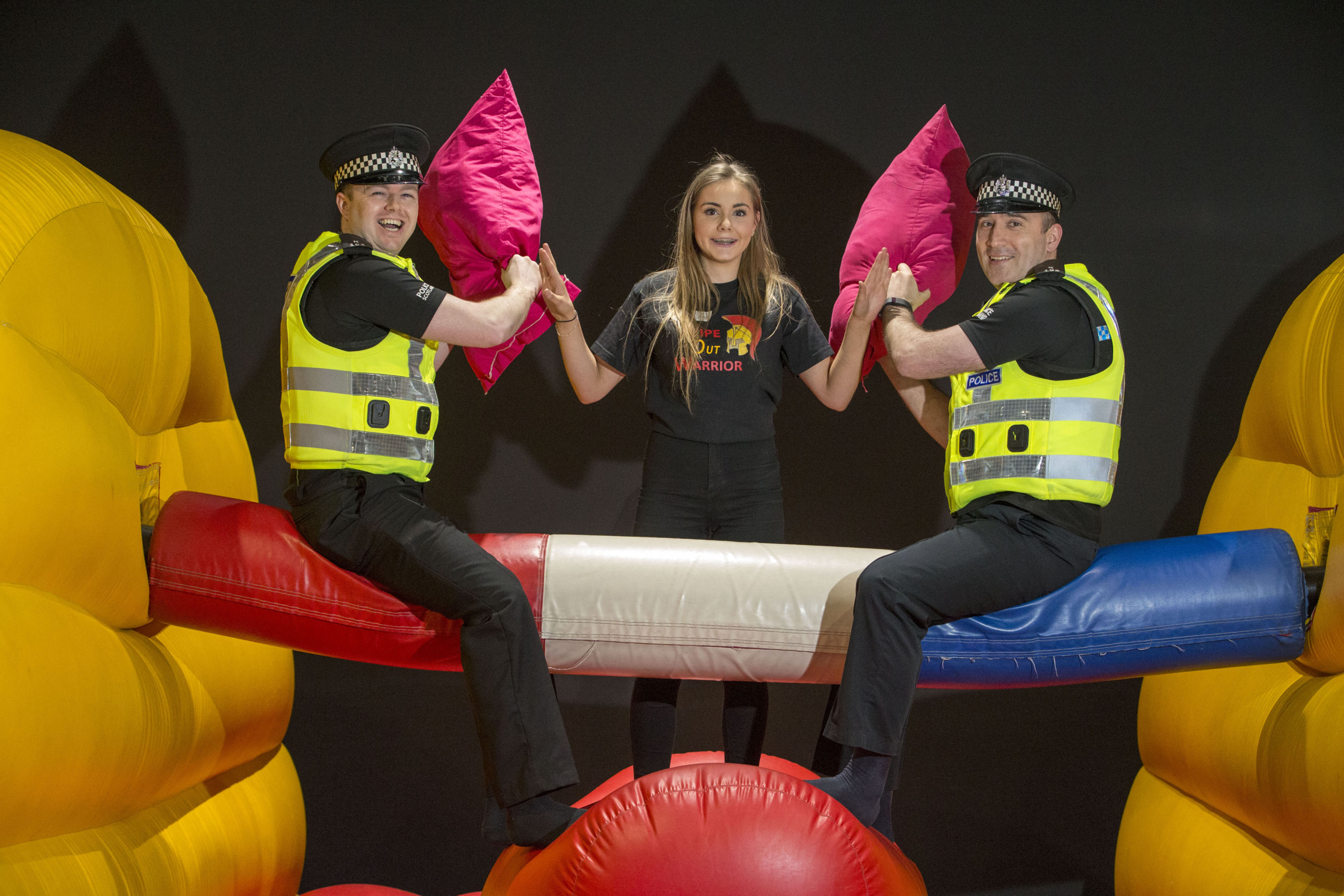 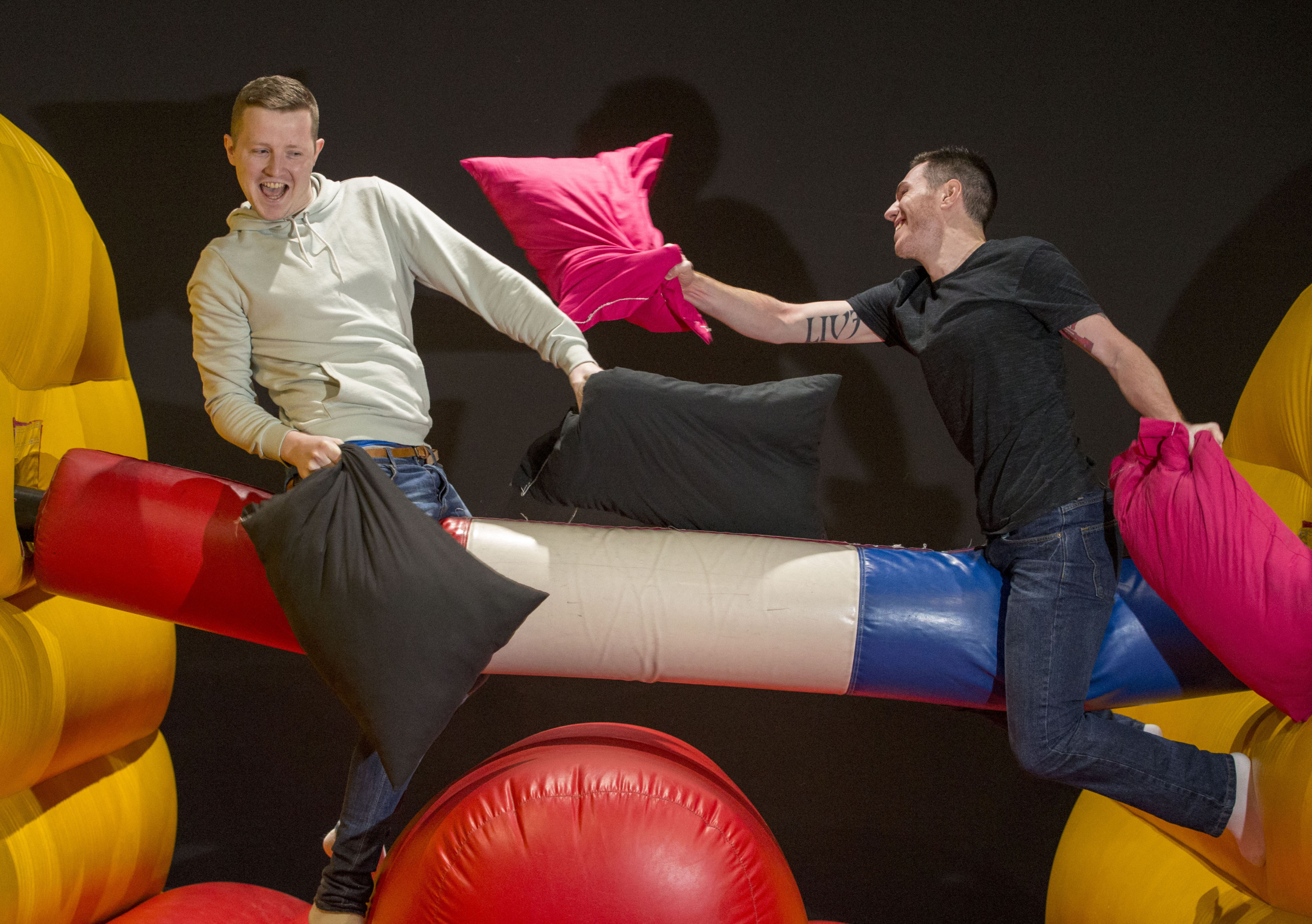 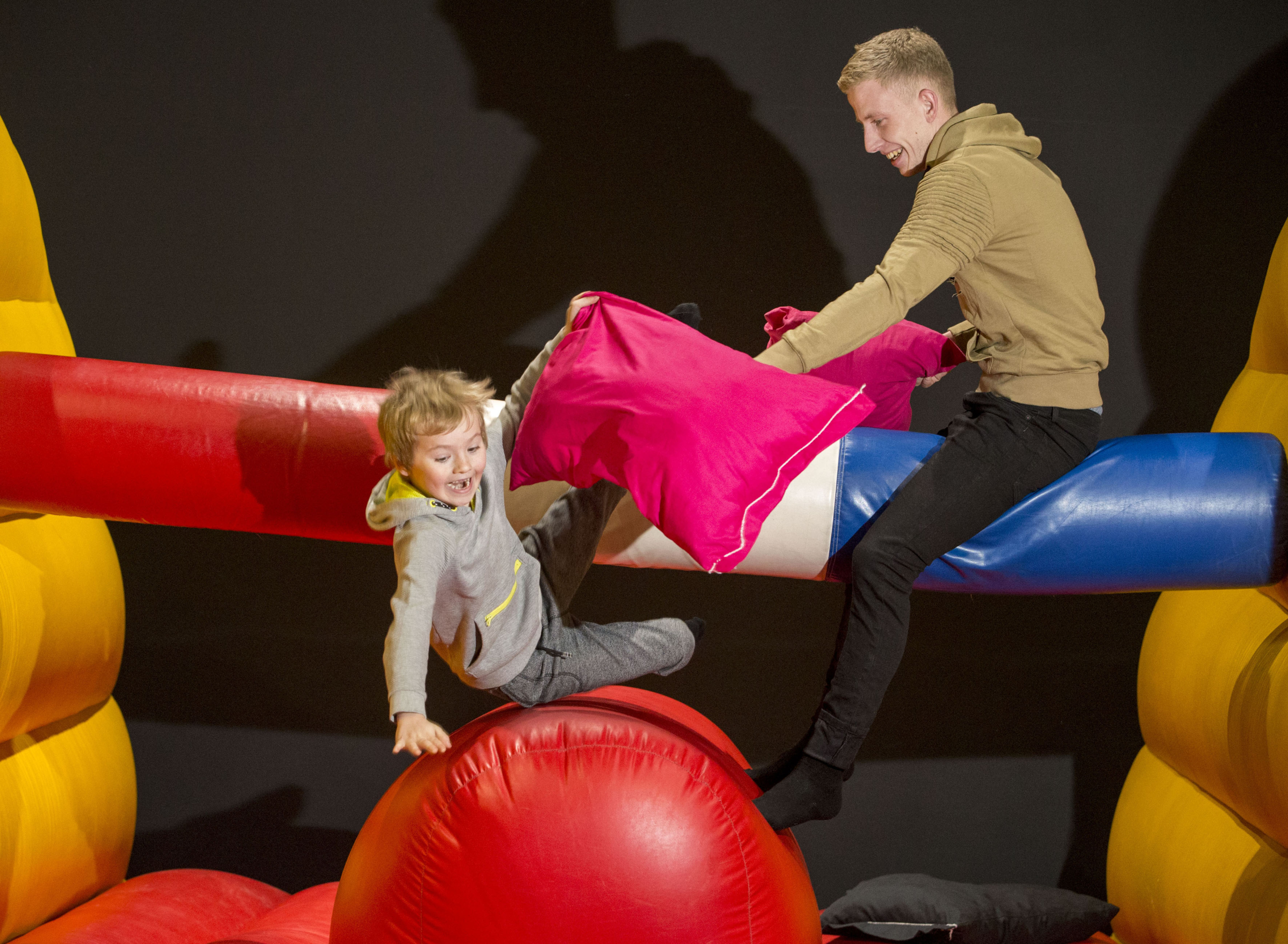 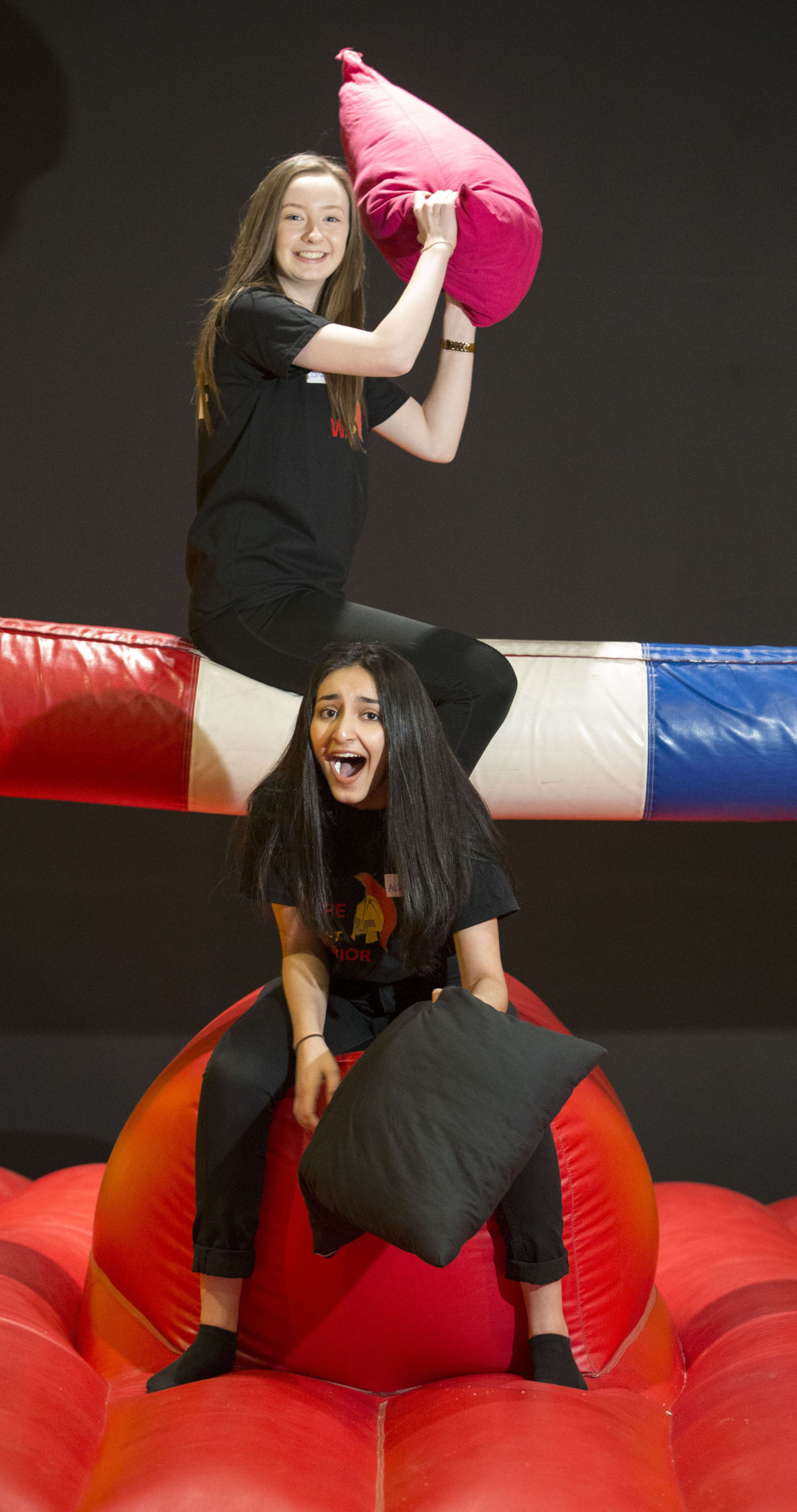 And whoever stayed on the longest facing challengers went to the top of a leader board. Participants were asked to make a £1 donation to the pupils’ fundraising effort every time they had a go on Wipe Out Warrior. The students also organised for a busker to perform to provide entertainment to visitors to Soar during their event.

The Apprentice-style challenge was a joint initiative between Renfrew High and intu Braehead as part of the national Retail Matters Week campaign, last year.

And after the winning team was told “You’re Hired!” by intu Braehead’s operations manager, Paul Lucas, it was revealed that staff from the retail and leisure destination would help the teenagers put their business idea into action.

And yesterday’s event organised and run by the pupils was a hailed a success.
Paul Lucas said: “The students did a fantastic job from negotiating with the company, Maximillion Events for the hire of equipment; marketing, using leaflets, posters and social media; how the event would operate taking into account things like health and safety to attracting customers on the day and keeping financial records of sales.

“We were impressed when the students took part in the initial Apprentice-style challenge, but to see how they turned their idea into a reality – with a little help from ourselves – showed there are some budding entrepreneurs among the pupils that Lord Sugar would be proud of.”

Head teacher at Renfrew High, Billy Burke said: “We are very proud of the efforts of the S3 team involved inn the Business Partnership Project with intu Braehead.

“They had a great experience last year and were very excited to be delivering their idea for real.
“Thank you to everyone who came along and got involved on the day. We had great fun and lots of money was raised for an excellent charity.”