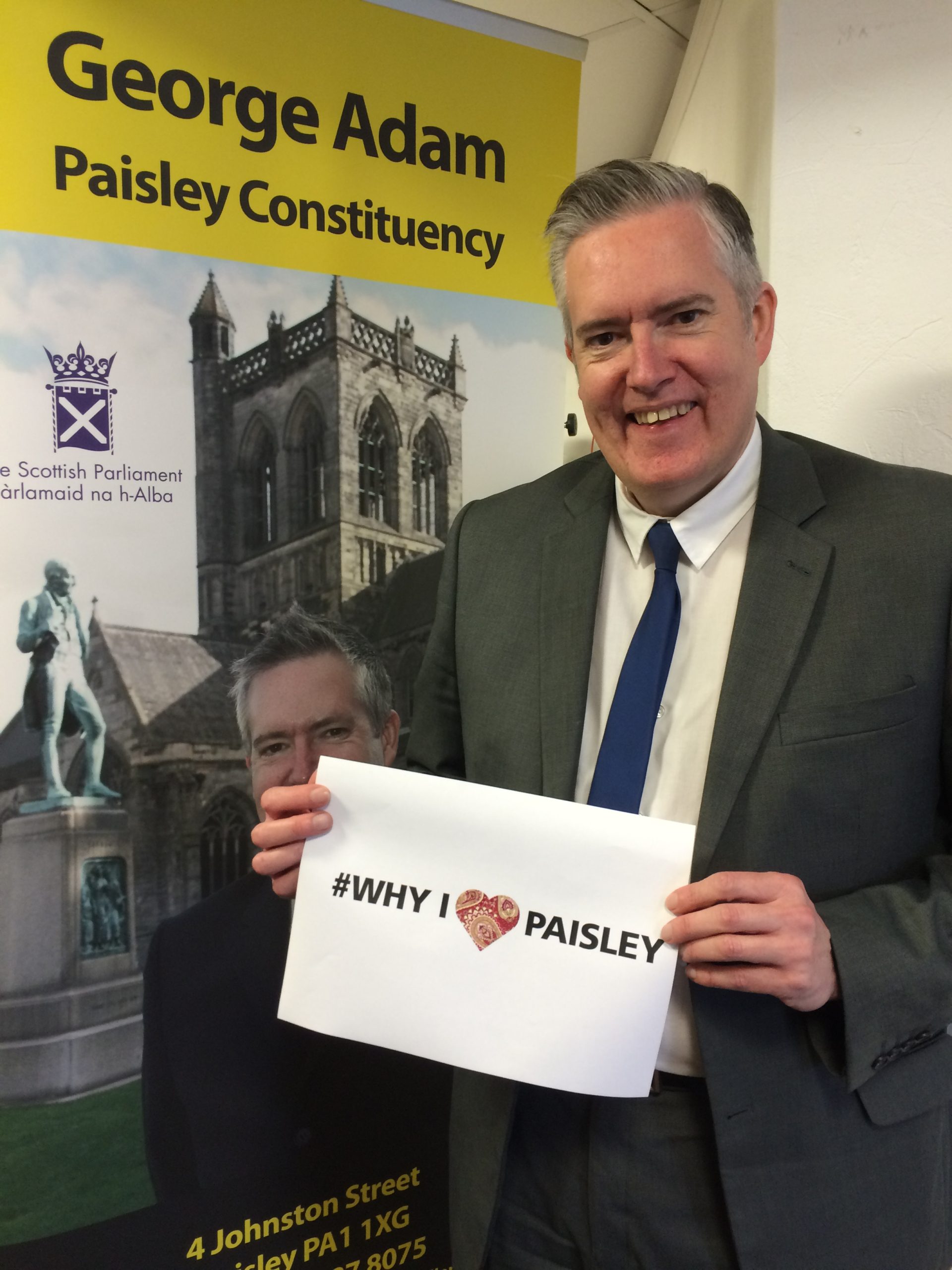 SNP Budget Will Give Scots Best Deal In UK

The Scottish Government’s budget protects low and middle income earners and delivers for public services and public sector workers, Paisley’s MSP, George Adam, has said as Stage 3 of the Budget (Scotland) (No.2) Bill is laid before the Scottish Parliament.

The budget delivers progressive reforms to Scotland’s income tax system, with modest increases on higher earners, while 70% of taxpayers will pay less than they did last year and 55% will pay less than the rest of the UK. Opinion polling found that Scots back the SNP’s tax plans by 2 to 1.

The Budget will also deliver an additional £400 million for the NHS, an expansion in childcare, more spending on broadband, extra funding for our police and fire services, and a pay rise for hard-working public sector employees.

“This is a budget for a stronger economy and a fairer society – with increased funding for the NHS and protection for low and middle income earners.

“The Scottish Government is delivering lower income tax for 70% of Scots, with every worker earning less than £33,000 paying less in tax next year – while protecting public services across Paisley that we all hold dear.