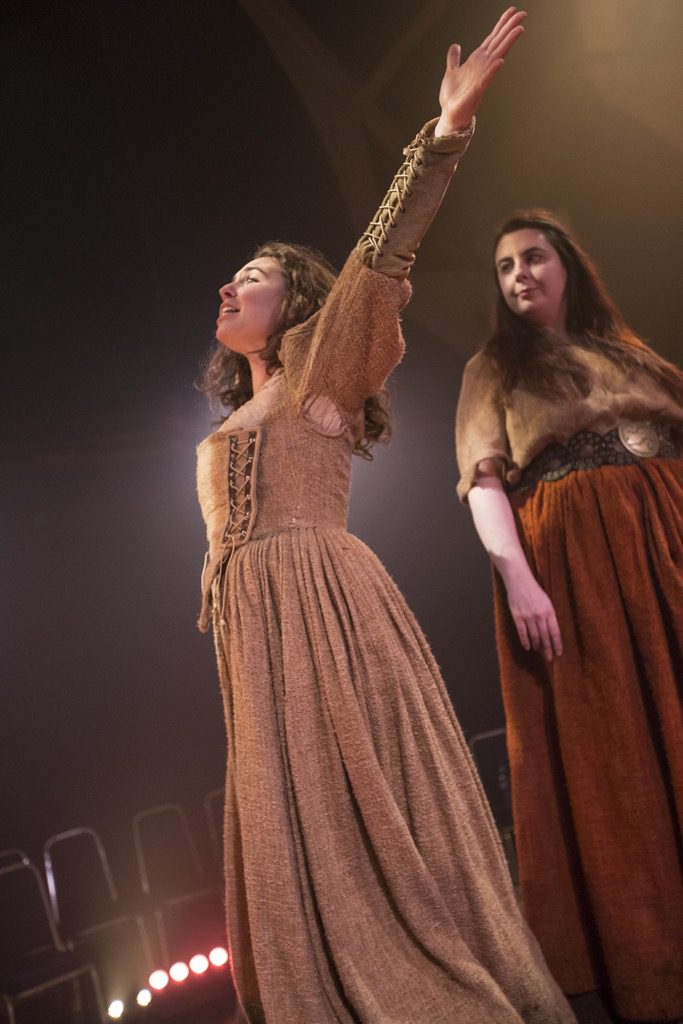 The director of a theatre production which incorporated the tragic story of the infamous Paisley witch trials of 1697 says the show had an ‘overwhelming’  response. Seraphina, which had a cast of community and professional performers, singers and musicians, was  funded by Renfrewshire Council’s  Culture, Heritage and Events (CHE) Fund.

The fund was set up in 2015 as a way of getting people involved in culture and unlocking Renfrewshire’s creative potential as part of Paisley’s bid to win the UK City of Culture 2021 title. The production, which aimed to explore femininity, power and female exploitation through the prism of witchcraft, was staged at Paisley’s Wynd Auditorium by Confab between 31 October and November 4.

Composer Sev Ka wrote the score performed by a choir of 16 singers – including women from Glasgow and Ayr, as well as former MSP Rosie Kane.

Writer and Director Rachel Jury said: “We wouldn’t have been able to do it without the help from the CHE Fund.

“Both the money and support were crucial and helped us then bring in more funding from elsewhere.

“We had a community chorus from Paisley and all over the country, which meant people were coming here and getting to know and appreciate the town.

“Even people from here told us they had learned things about their town so it was a great process.

“We had an overwhelming response. The production was quite intimate and we actually sold out three times and had to keep increasing the seats.

“It was a great collaboration between the creative the history, the heritage and the people of Paisley.”

Between the 16th and 18th century, nearly 2,500 women were executed in Scotland.

Paisley was the site of one of the most famous trials in 1696 after 11-year-old Christian Shaw, the daughter of local dignitary the Laird of Bargarran, began showing signs of being possessed.

She blamed a group of witches for her problems and eventually seven people were accused of witchcraft and cursing the girl.

They were found guilty, and six of them were strangled and burnt to death, while another took their own life.

Rachel Jury added: “It was very important that we made references to Paisley all the way through the show and that local people came to see the chorus because it’s so much about the town and addresses some of the harder history about the place.

“We had people from all walks of life in the audience – from cutting edge artists to people who had never really been to theatre in their life before and that’s really important.

“We spoke to some women who had even brought their mums along who loved it, so it appealed to everyone, even the grandmothers.”

Glasgow News? Daily Updates part of our network
A chance for the community to remember those lost too soon