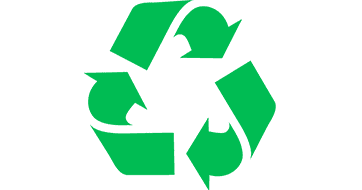 Renfrewshire Council is urging people to waste less and recycle more in 2018, paving the way for upcoming changes to the area’s waste collection services later in the year. Depute Convener of the Infrastructure, Land and Environment Policy Board, Councillor Natalie Don said the new year was a good time to consider what could be recycled rather than end up as landfill.

“I encourage residents with extra waste accumulated over their Christmas and New Year’s festivities to take their recycling to one of them.

“People with real Christmas trees to recycle can take them to one of the centres from 4-11 January 2018.”

Leftover Christmas items from wrapping paper to cardboard gift boxes are among the items that can be reused or recycled in your bins.

“Christmas gave us all an opportunity to get on board with recycling – from Christmas cards to trees and mince pie trays,” Councillor Don said.

“The amount of paper and cardboard produced in the UK every year skyrockets in the festive season as people exchange gifts, so if you’ve got gift bags and old wrapping paper left over, consider reusing them for another occasion.

“You can recycle your paper-style wrapping paper in your blue bin, while foil and fabric wrapping paper should go in your grey bin along with all your ribbons and bows.

“Households with a brown bin should ensure that food waste is disposed in it, along with their garden waste.”

The Scottish Government has set the target of 70 per cent of waste being recycled by 2025.

Renfrewshire’s recycling performance has improved by more than 10 percent over the last seven years to 48.5 per cent in 2016.

The locations and opening times for Renfrewshire’s household waste recycling centres are: