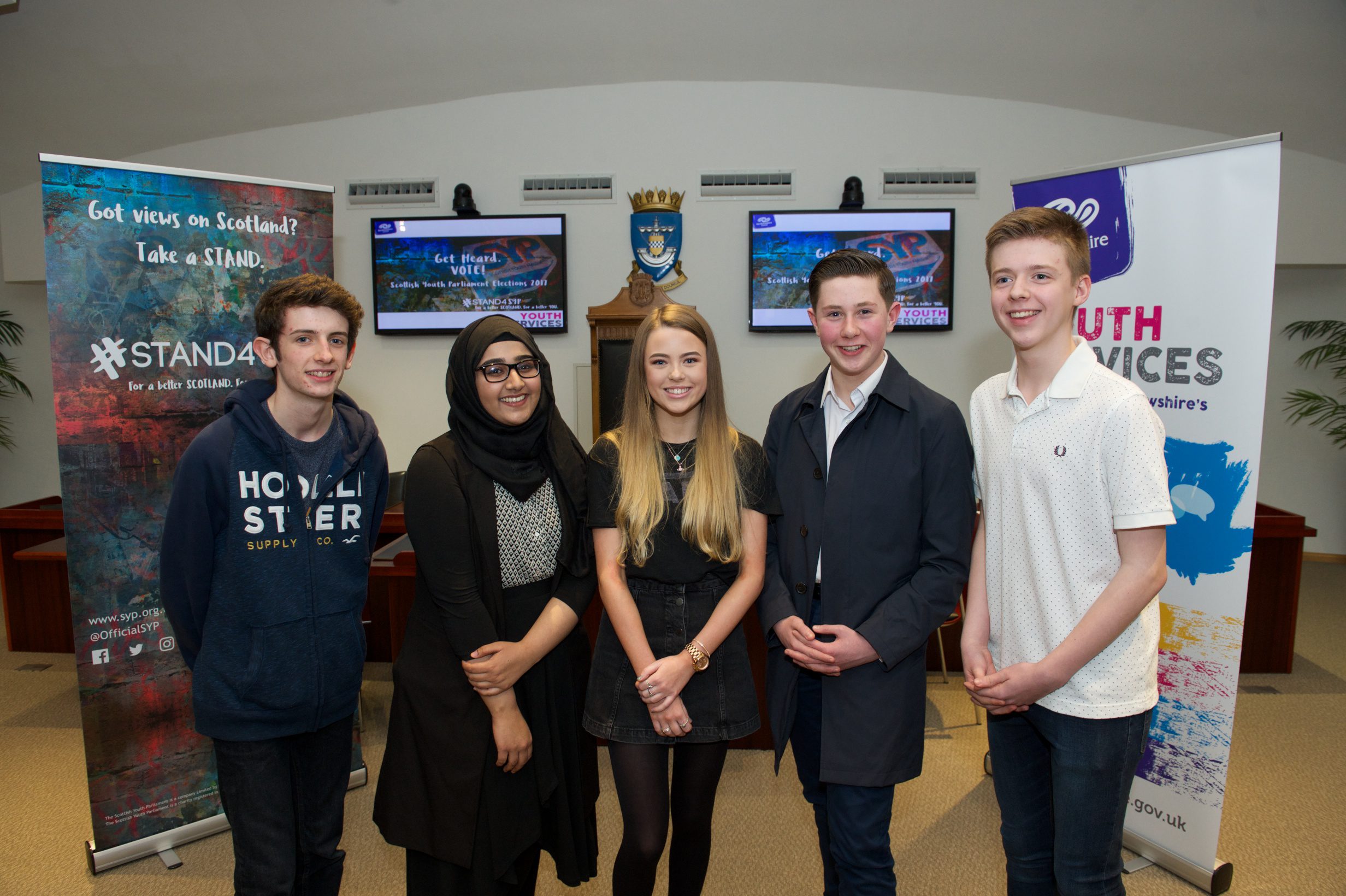 One of the first-ever motions raised by a Member of the Scottish Youth Parliament (MSYP) at a local authority decision-making board was heard and approved in Renfrewshire. MYSP for Renfrewshire South, Stirling McGee, put forward a motion to Council that would see young people in the area involved in the development of the Personal, Social and Health Education approach in schools. Stirling praised Renfrewshire’s young people for their contribution to the motion and for the support of the Council’s youth services team and Councillors for making this momentous moment happen.

He said: “Renfrewshire has the potential to be leaders for everyone to follow. We have lots of young people who care passionately about politics and democracy.

“The support Councillors gave the motion today shows that the voice of young people matter and that they can have a say in decisions.

“The approved motion will mean that young people in Renfrewshire now have a say in how the Personal, Social and health Education subjects are taught, bringing in life skills and preparation for college and university that young people have told me they want.

“It is a fantastic way to start the Year of Young People 2018 and I am confident that more young people will feel empowered to work with decision-makers.”

Councillor Jim Paterson, Renfrewshire Council’s Convener of Education and Children’s Services, said: “Young people need to have a voice in decisions that affect them and I am proud that we have been one of the first councils to have a young people put forward a motion to Council. It was unanimously agreed and will now be taken forward in all our schools.

“Around 3,000 young people were surveyed by Renfrewshire’s MSYPs and expanding the Personal, Health and Social Education remit was identified as a priority for development. It is great that this priority is now being acted upon.”

The Council’s youth services team support Renfrewshire’s MSYPs and youth voice organisations in the area to reach out to decision-makers and bring about effective change that benefits young people.