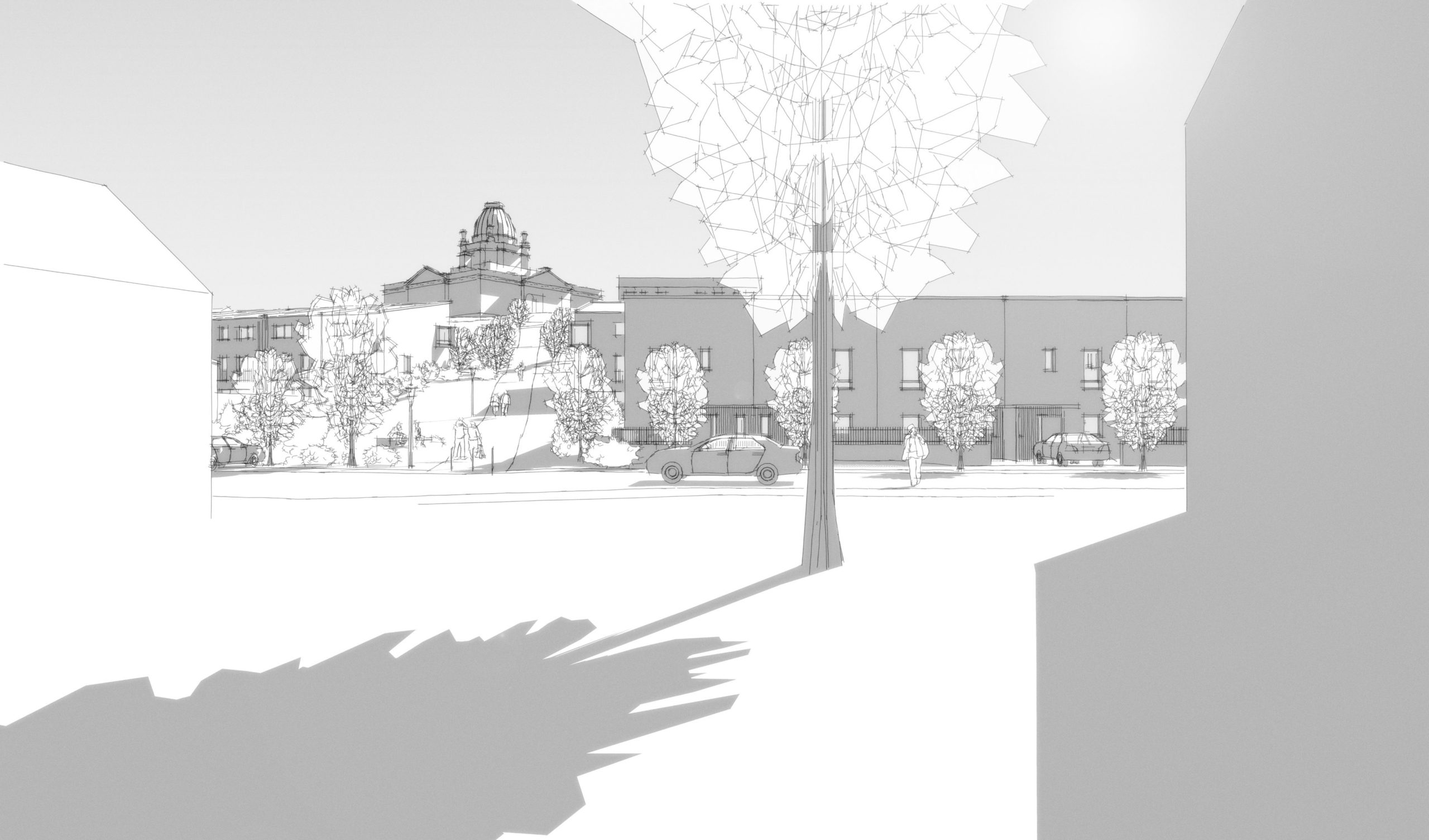 Plans to transform the West End of Paisley into a vibrant new neighbourhood with around 150 new homes will be considered by Councillors next week. Over the last two years, Renfrewshire Council and its housing association partner Sanctuary Scotland have been developing a detailed masterplan to regenerate the area and celebrate its proud history.

Once home to thousands of mill workers supporting the thriving weaving industry, the west end is also home to the John Neilson Institution, affectionately known as the porridge bowl.

Public consultation this summer signalled strong support for the masterplan proposals and more than 80 per cent of residents backed the moves which would address the high levels of vacant properties and strengthen the close connections with Paisley Town Centre.

Now Councillors at the Leadership Board on Tuesday (12 December 2017) will be asked to give their seal of approval to the final Paisley West End Masterplan.

It sets out the steps to deliver an attractive new neighbourhood comprising a mix of private and social homes, with excellent links to Oakshaw Conservation area and the town centre.

Renfrewshire Council Leader Iain Nicolson, Convener of the Leadership Board, said: “The west end of Paisley has a proud heritage and today is still home to a close-knit community who value its central location and transport links.

“Public consultation has highlighted a collective desire to draw on these positives and tackle the challenges, making the west end a more attractive place to live and work. We will now consider the proposals further and work towards creating a new neighbourhood which is desirable and distinctive, attractive and safe.”

Sanctuary Scotland has developed cost estimates which have been appraised by the Scottish Government as eligible for its grant support, with almost £12million earmarked for the proposals.

If approved, Sanctuary Scotland would start work next year on a phased development which involves demolition of existing low demand tenement flats and commercial ground floor premises on the east side of Well Street, Clavering Street East and Underwood Lane.

Vacant land formerly used as the University of the West of Scotland Halls of Residence would be cleared and community growing areas on Sutherland Street would be relocated to accommodate the new development.

All 16 Council tenants affected would be offered suitable alternative accommodation, with a range of options available including new housing for social rent being developed by Sanctuary Scotland at the former Co-Op site on nearby Wellmeadow Street.

Sanctuary Scotland would look to purchase the remaining properties, offering residential owners options including exchanging their property or becoming a Council or Sanctuary tenant.

Businesses in the masterplan area would also be supported to relocate, the Council assisting with the search for suitable alternative premises while the plans include the potential for limited new retail provision.

Glasgow News? Daily Updates part of our network
‘Our journey will continue’ – official Paisley reaction as UK City of...

COMMENT ON UK CITY OF CULTURE 2021 DECISION
Scroll to top