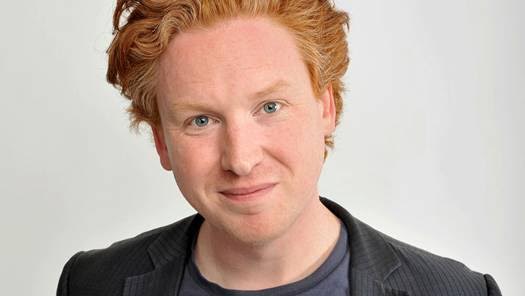 Tour dates are included in this release. If you are interested in an interview with Ciaran Murtagh or would like a reporter or photographer to attend one of the events please contact: Award-winning children’s author and screenwriter, Ciaran Murtagh, will help pupils in P4 – P7 create their own adventures, demonstrating how to build a story from scratch.

Ciaran Murtagh is an exciting star in the world of children’s literature. He currently lives in London and, to date, has over 30 books to his name, including The Genie and The Dinoseries. Ciaran has written for some of the most best-loved TV shows, includingDangermouse, Mr. Bean, and The Legend of Dick and Dom.

His most recent series, The Fincredible Diary of Fin Spencer, stars twelve-year-old aspiring stuntboy-rockstar, Fin Spencer. In the first book in this series, Stuntboy, Fin is given a magical and mysterious diary which changes his life in the most unexpected and often hilarious ways. The Fincredible Diary of Fin Spencer won the Leicester Best Book Award, and prior to that Ciaran won a Riveting Reads Award for Genie in Training. Commenting on the tour, Ciaran said:

“Scotland is a land full of stories and I’m thrilled I get the opportunity to devise some more alongside the children I meet on tour.”

Every year there are six Scottish Friendly Children Book tours – four in Scotland and two in England, visiting a vast range of different communities: from rural schools with an eight pupil roll in Mouswald to 400-seat theatres in Glasgow. The tour visits both primary and secondary schools and has enthralled over 90,000 children since it began in 1998.

“We are excited to have Ciaran touring with us for the first time.  Not only will pupils get to meet a star author, Ciaran is sure to leave a lasting impression as he shows pupils how to create stories for themselves.”

“Bringing an author into schools is hugely inspiring for pupils and we are delighted to work with Scottish Friendly to share this magic with young people in Renfrewshire. Ciaran’s visit will generate excitement about reading and inspire the children to write their own stories.”